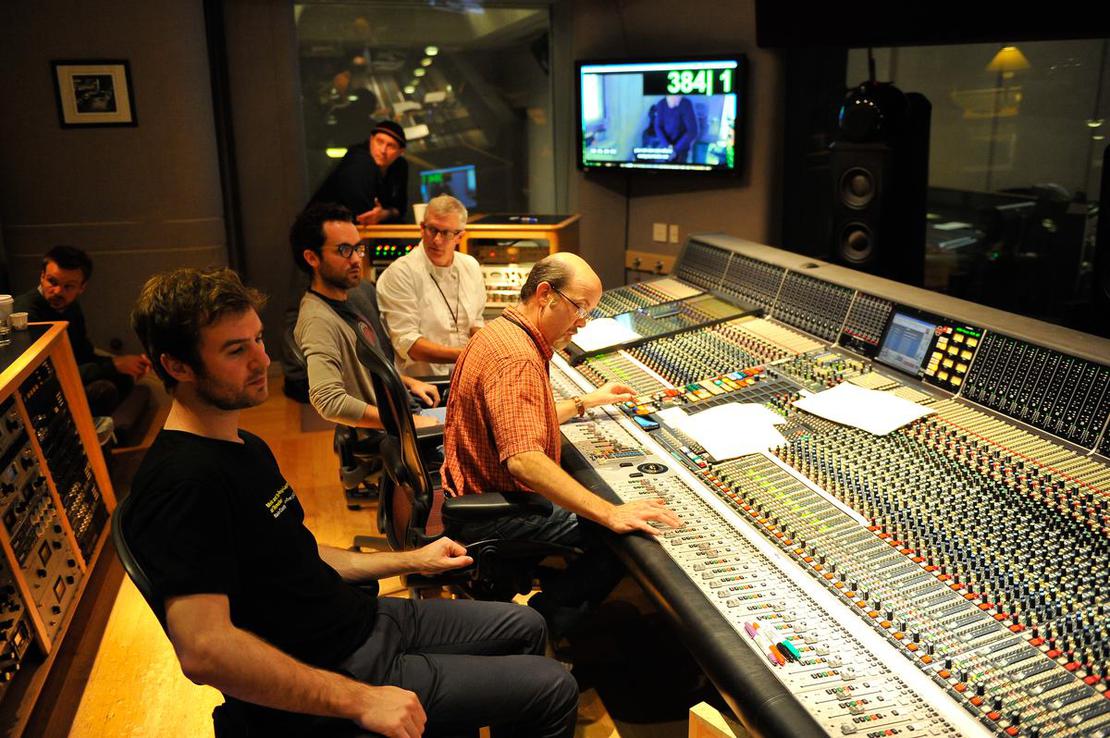 Often over-looked or eschewed by documentary filmmakers in favor of an “intimate” approach to shooting and often constrained by tight budgets, music and sound took center stage at the lab. Filmmakers learned the language of composition and sound design and composers learned the language of image and emotion. The week was also filled with debate and discussion around the role of music and sound in documentary; about what’s “real” and “true” in the ethics of documentary filmmaking.

We asked filmmaker fellow Mike Day, director of the forthcoming Hunters of the North, to share his thoughts about this and other takeaways from the Lab.

The Music and Sound Design Lab places an emphasis on experimentation. What did you learn about what music and sound could do for your film?

We make creative documentaries in the hope that they are shown in the cinema. They are factual, documenting our impression of a story, but we sculpt beyond the literal. Sound design and music are often the main non-location, non-literal elements that might be added to transport the audience into this world.

Using sound and music to transport the audience into the world on screen is at the heart of the magic of cinema. I think doing that with documentary material is doubly thrilling. You suspend disbelief at the movies, but with documentary you are transported into this other world and have to remind yourself that it is real.

This Lab gives a chance to explore the creative possibilities of how far we can take this, and it was clear early on why the sound designers were only half-jokingly introduced to us as “sound philosophers.” Skywalker Ranch is a kind of paradise born of this pioneering creative spirit, and it’s a very inspiring place to be and apply that craft.

We recorded our film with an ambisonic microphone allowing us to remap that source sound in the cinema. This system uses a multi- capsule mic to capture the full sphere of sound in the field. This wasn’t uncomplicated and hadn’t been done like this before, but it allowed us to map even to the most incredibly immersive soundscape in the cinema.

To be down cliff hunting birds, or on a boat in a storm was immersive in all the ways we’d hoped, wrapped in the sound as it was to be there. At the lab we had the chance to explore when not to use this source sound and move into something more impressionistic. The ambisonics were incredibly transporting and natural, but there would still be times when going into the abstract in post was truer to what the story was saying.

Working with the team of inspiring mentors and sound designers, composers, musicians, and having it culminate with a nine-piece string section scoring the scene is a mind-blowing experience. Watching scenes grow into their full intention after years in the can is an emotional experience! The lab gave a space to explore and play with the power of sound in the editorial and the experiential sense that you wouldn’t usually have. This really showed the benefits of pushing those collaborations earlier in production.

How important was the communication between composer, sound designer, and filmmaker?

We all draw our own impressions from images. Considering that not everyone in the creative process will have been on location, communicating at this stage is crucial. So between the three of us (composer Ross Garen and sound designer Tim Neilsen) we talked a lot to get the right essence of the place and story. We spent a lot of time discussing the moments in the film where dramatic images suggested a mood that was different to the experience of being there, and that was a big part of the learning curve, of how to use sound and music to bring that impression in line with the story.

We worked on a hunting scene, and we wanted the audience to experience it as it felt being there, creating what could seem counterintuitive to how the images might make you feel. The sound and music could be adrenal but not leading. So we needed a lot of calibration between the picture, sound, and composer to walk that line, but at the same time not cut the balls off it.

The traditional notion of reaching picture lock before sound design and composition was gone. All three elements were informing each other at this earlier stage and that was very liberating.

Did you learn anything from this experience that will influence how you approach production, sound capture, and/or working with a composer on your next project?

I had just returned from three months of filming when I arrived at the lab. In the field you can instantly review the digital images you’ve shot, but you can’t hear the sound as it would be heard in a cinema, so to finally hear that properly is a bit like getting film back from the developers. It is also a great lesson in the importance of having an experienced sound recordist in the field! Going forward I would definitely work with the sound designer and composer at an earlier stage.

The lab really brings out the magic of filmmaking, it is pioneering and playful, humbling and exhausting, and is all the things that a good creative process should be. It also made me think that for all the diverse ways people now watch our finished work, there is no iPad or laptop that rivals the sound experience of a cinema with calibrated sound. The cinema is still the best place to experience the sound as intended by the filmmaker, one very good reason I hope people continue to see these films on the big screen.