Film Composers Share Their Favorite Scores and Soundtracks of All Time 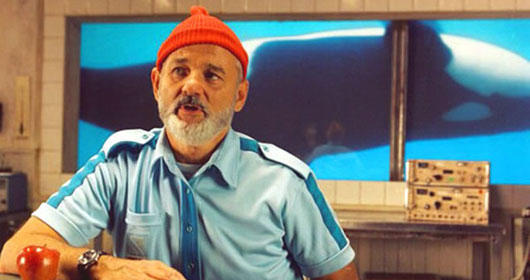 In contemplating your favorite films of all time, chances are that most of the relevant works exhibit an exceptional—or at least serviceable—film score. At the same time, many of us would be hard-pressed to allude to a favorite score without first mentioning our predilection for the film itself. If that’s you, think of this list as a handy resource for the film-score illiterate.

At our Sundance Institute and Skywalker Sound Music and Sound Design Lab, we asked our composer fellows—all burgeoning composers talents in their own right who were paired with directors to explore the process of writing music for film—which scores and soundtracks most inform, inspire, and drive their own work. Take a look at their favorite scores below and give them a listen, and next time someone inquires about your favorite score, go ahead and recite this list.

“My favorite score is The Life Aquatic by Mark Mothersbaugh. It was the first time I had felt a connection between the lo-fi, DIY music-making I relate to alongside a full orchestrated arrangement. It’s so emotional and fun.”

“It’s very hard to pick a single favorite film score, but one that I adore is Ennio Morricone’s score for A Fistful of Dollars. The melodic themes are soulful but never sentimental. Its sonic imagination is dynamic and rascally (whips, whistles, and anvil clanks) and its sound is as simultaneously majestic and scrappy as the picture itself. I love the warble of the trumpet during the final showdown.

“Whether the choice to leave it in was out of budgetary restrictions or to the taste of the filmmakers, it remains a perfect imperfection. This was the first time I was introduced to the idea of scaling music to the scope and resources of the film itself. My first viewing of the film was on my laptop on a long train ride. I remember watching it again on the train ride back, and loving it even more.”

“One of my all-time favorite movie soundtracks is Bernard Herrman’s score to Taxi Driver. I am always moved by Herrman’s incredible orchestration and poignant thematic material on his final work. It vividly propels the film’s dark setting of New York City in the 1970’s and the main character’s descent into madness. The love theme is unforgettable as well.”

“Lust Caution as a film completely exhibits what I believe is Ang Lee’s greatest talent, and that’s the magnification and amplification of a short story (that could probably be finished in less time than watching his films) into an epic universe of a production so rich in emotion and narrative.

“The score does the same with such attention and amplification of minutiae and how the themes evolve and interact with each other. Some of my favorite themes in that score have the slightest twist in melody at the least expected yet most subtle moments.”

“I love Gabriel Yared’s score for The English Patient. It’s simultaneously epic, nostalgic, nuanced, and emotional. Also, John Williams’s jazz score for Catch Me If You Can. He perfectly captures the ’60s, and the writing is perfection. Another one is Bernard Herrmann’s score for North by Northwest. Between Thornhill’s inebriated drive and the Mount Rushmore chase, never has a hemiola so perfectly served a case of mistaken identity.

“While it’s difficult to pick a single favorite film score, I can say without hesitation that Danny Elfman’s music for Edward Scissorhands serves as constant inspiration for me. His waltzing theme repeats constantly in the film in several variations without tiring; masterful changes in the orchestration flip the tone from the romantic to the macabre.

“Moreover, Elfman’s use of vocals weaved within the instrumentation, jumping from theme to countermelody, and, at times, simply serving to thicken the lush harmonies, highlight a major repeating element in his fruitful collaborations with Tim Burton. I’ve always considered this aspect of his composition to serve as proof that a film composer can be dubbed as an auteur in the same sense as a filmmaker, leaving a mark of unique vision and style on every score.”

This post was originally published in June 2014. It has since been updated.