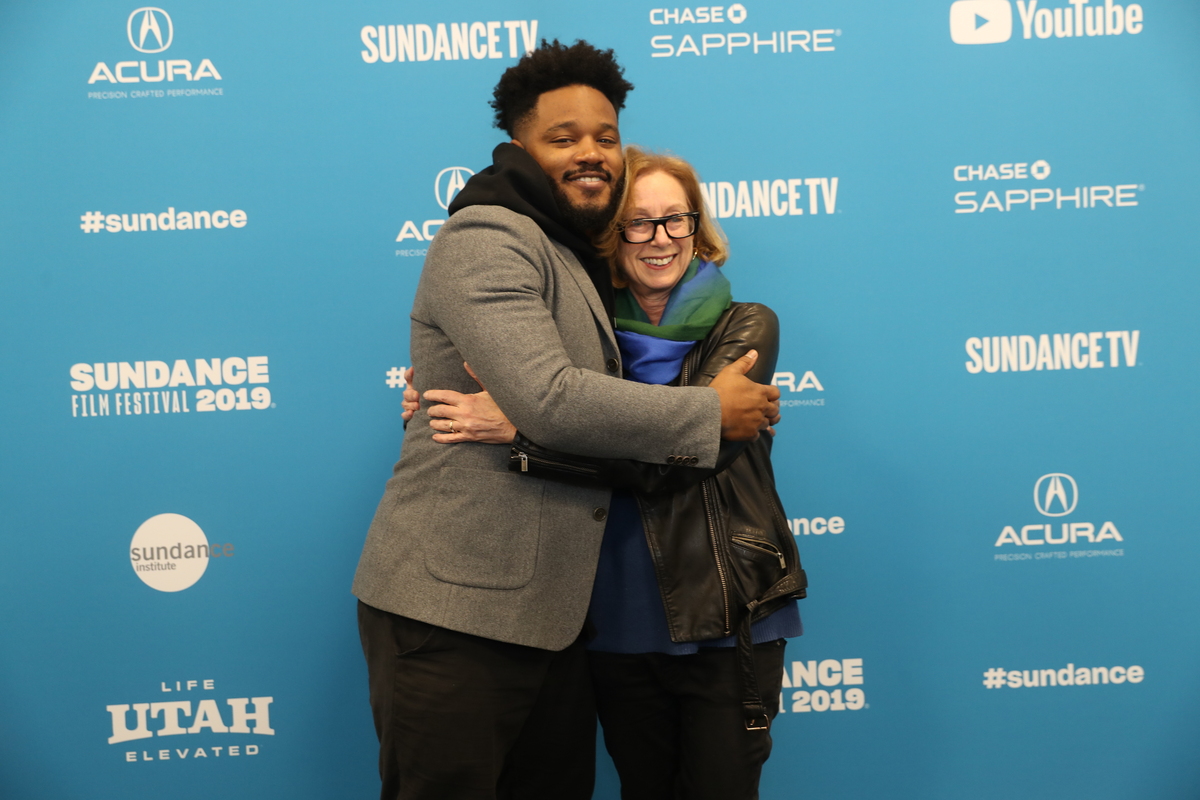 It was a full circle moment for Black Panther: Wakanda Forever director Ryan Coogler when he returned to the 2019 Sundance Film Festival to talk about his latest film and his journey with Sundance Institute. Coogler sat down with Still Processing podcaster Jenna Wortham in Park City at the Festival during the Sundance Institute Talent Forum as the two discussed the power of film and what he learned journeying through Sundance Institute’s Labs.

“It’s funny because I get nervous talking in front of a lot of people, but I have to remind myself of how I would go to these kinds of events. I’d be the guy who’s waiting in line to see a filmmaker speak and hear their perspective,” says Coogler. “I used to soak that stuff up. So, when I get the opportunity to do it, I try to seize it.”

Coogler is no stranger to Sundance Institute, having made his directorial debut at the Festival in 2013 with Fruitvale Station. He crafted that film as a 2012 Screenwriters Lab fellow and participated in the 2013 Cinereach Project for Sundance Institute’s Feature Film Program. Fruitvale Station chronicles the last day in Oscar Grant’s life before he became swept up in an altercation with police that ended in tragedy. Through flashbacks, we see Grant cross paths with friends, enemies, family members, and strangers.

“I was lucky to go through the Feature Film Lab run by Michelle Satter. They help you throughout the whole process — how to make your script better, how to find financing. I was in the position where I needed to find a crew,” Coogler explains. “I was looking for a cinematographer and they recommended great people to me. When it came to making Fruitvale Station, I learned that we should never limit ourselves in our search for finding exactly what we need.”

And that ultimately helped shape the film into an award-winning project. Fruitvale Station received a Spirit Award for Best First Feature and the Stanley Kramer Award for the Producers Guild of America in 2014. But the real reward was getting this important story in front of audiences and all the work that went on behind the scenes to make it happen: “There isn’t one thing that’s going to solve these issues [of police brutality and systemic racism]. It has to be attacked on a multi-level front,” Coogler says.

“You need journalists, filmmakers, activists. You need all of it. And you need to recognize the importance of it and be critical of it. I was young when I made [Fruitvale Station] and I think if I was tasked to make it now, it would be a very different movie,” stresses Coogler. “But what I’ve learned since making it is that we have to continue to study and continue to learn. And that has brought me to so many things and has led to so many more connections. We have to just keep doing the work and keep asking ourselves the important questions while respecting everybody’s role in the process because they are all equally important.”

Examining 2018’s Black Panther, Coogler explains why it was important to shift the focus on the people of Wakanda more than the country itself.

“Wakanda is a place where African people are allowed to be full human beings. Everywhere else isn’t. And you’re coming in contrast with a world where that’s not the case. I think about that a lot. With Wakanda, the idea was that it’s this kind of insular country but they do all this amazing stuff. So, we asked, ‘what makes Wakanda special?’ And I thought it would be more interesting if it’s actually them who are special. What if this is a place where society not only allows you to reach your full potential but actually encourages it?’’

As he looked back at how he got started with the Institute, Coogler was especially thrilled to be in Utah to reconnect with old friends, fellow filmmakers, and Sundance Institute advisors and fellows.

“It’s Sundance… and then you meet the people who are behind it. You meet the wonderful human beings that make this thing work. I just think about the people. Being able to come back is like a reunion. It’s really exciting to not just be able to text them and check in, but to actually see them. Every year a bunch of filmmakers gather who I know and respect and have formed relationships with, and it really is like a class reunion every time we get to come back.”