From “Captains of Za’atari” to “Kicking It”: How Soccer on Celluloid Can Inspire Lives 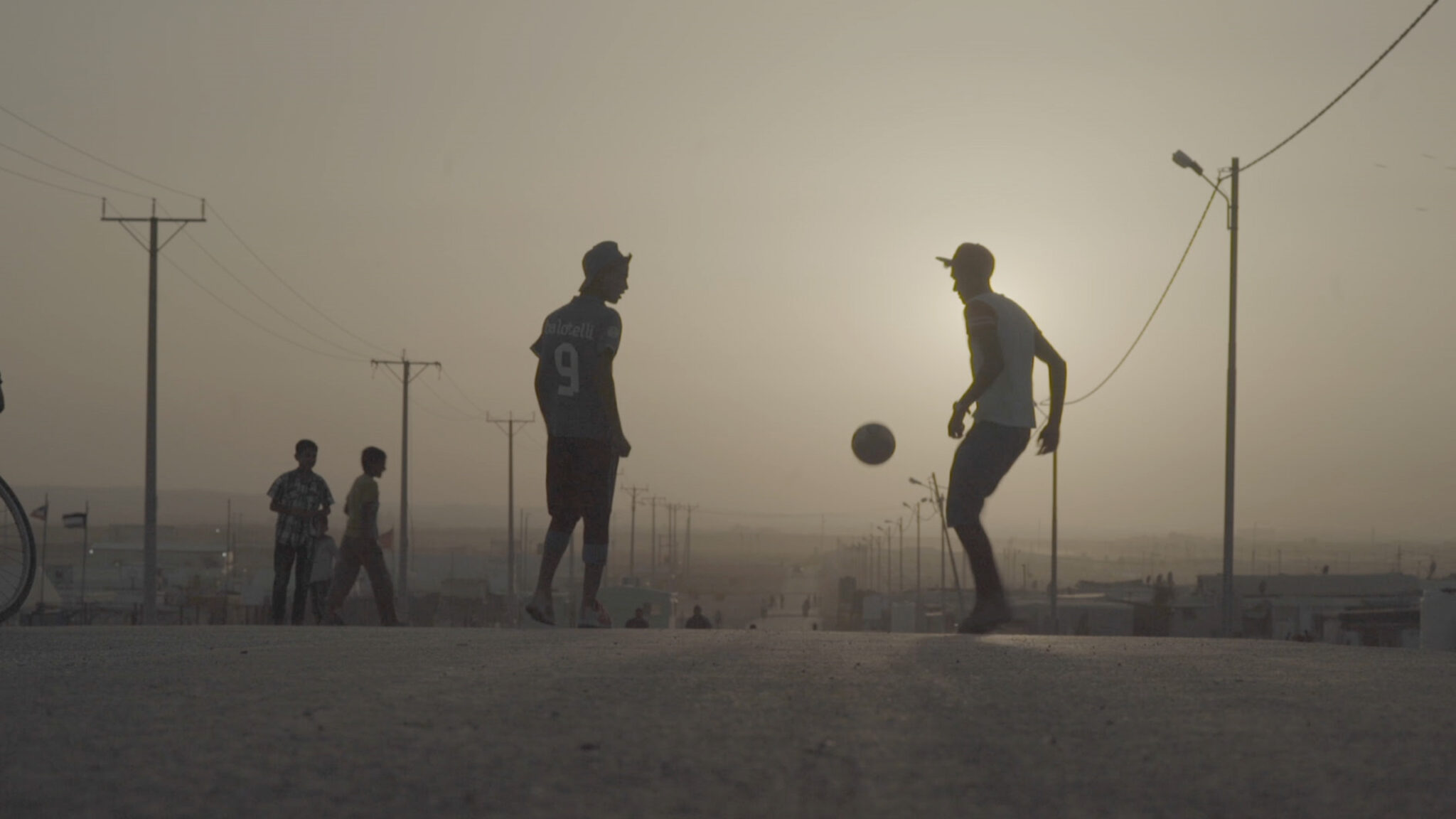 Goaaaallll! This word is echoing across the world as the 2022 FIFA World Cup is fully underway. Every four years we are reminded of just how powerful football — or soccer as we call it in the U.S. — is. This is a sport that binds people together in the most exuberant of ways. It’s the bars, the screens in squares, the television sets at work (the missed days at work, for that matter) that bring people together all with one common purpose: to celebrate the joy of life through soccer.

But, the sport can represent a beacon of hope for those who find themselves in the most dire of circumstances as well. Film is an important medium to demonstrate this unwavering belief. Over the years soccer documentaries have  shined a lot on human struggle, and indeed how the sport has the ability to inspire generations. There’s 2018’s Not Just Football: From Genocide to the World Cup. The feature tells the story of Darfur United, an all-refugee men’s soccer team from the Chad-Sudan border and their miraculous journey playing on the international stage at the 2012 Viva World Cup in Iraq.

There’s also One, The Story of a Goal from 2010. The documentary follows the journey of the El Salvadoran national team to the 1982 World Cup after a stunning 1-0 victory against Mexico during a qualifying match. Now, history tells us that El Salvador’s loss to Hungary – a stunning 10-1 – remains as the worst defeat ever for a World Cup. And yet, it was a story of hope for a country gripped by a bloody civil war. When the team recorded its win against Mexico, it united the nation–at least for a day. And although El Salvador publicly suffered on the pitch in its devastating match-up against Hungary, the one goal it scored remains as a symbol of pride for the country. Win or lose, the team had the courage to try amid all of the turmoil it had to endure at home.

This transformative power is found in two documentary films that premiered at the Sundance Film Festival. Both Captains of Za’atari and Kicking It follow the lives of men and boys who embody this underdog spirit. Each of these films demonstrate the power of determination to overcome the odds. And, further, how soccer can transform lives for the better. 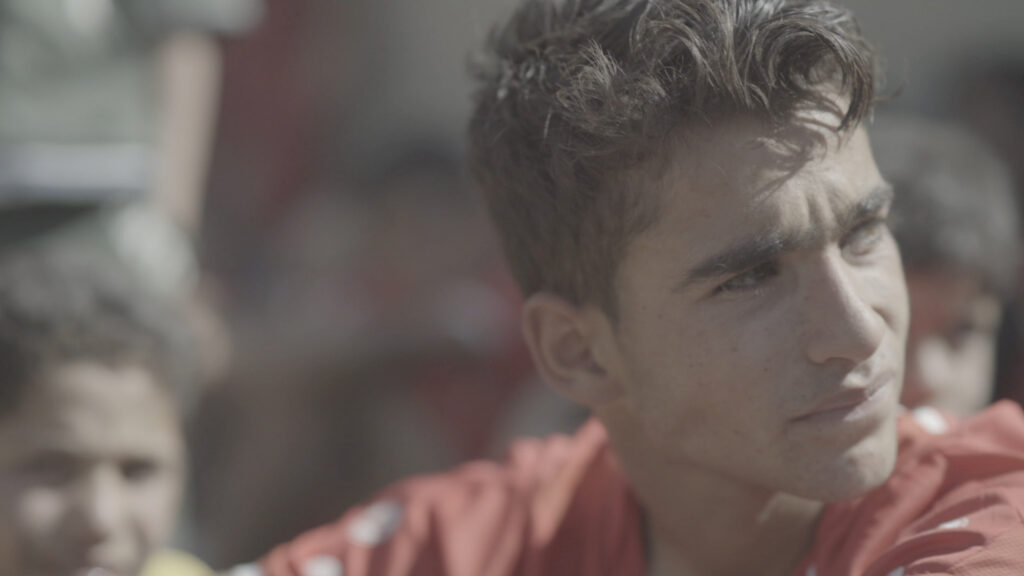 Debuting at 2021’s Festival, Captains of Za’atari follows two teenage best friends as they navigate life at Za’atari, Jordan’s largest refugee camp for Syrians. In the last 10 years, Syria has suffered the largest refugee crisis in the world, according to the United Nations High Commissioner for Refugees. Egyptian filmmaker Ali El Arabi brings us into the world of two young men who have been facing life’s harsh realities with poignant beauty.

We meet Mahmoud, who sees excelling at his studies and soccer as his path to freedom. His family — parents and three siblings — with whom Mahmoud lives with, support his endeavors. Fawzi, on the other hand, is the school dropout with nothing on his mind but soccer. He, too, lives with his family, though Fawzi’s father lives at a different refugee camp after getting arrested. El Arabi trails the two friends within the confines of Za’atari as they question what the future holds. One thing is certain, Mahmoud and Fawzi have a shared dream: to play football professionally.

El Arabi’s direction is cinematic in scope. The film is crafted such that the imagery touches our human emotions as much as the story that is unfolding. That unfurling leads to the day upon days for the two teens. While at practice the possibility to leave their circumstances, even briefly, finally arrives. Representatives from Aspire, a renowned Qatari sports academy, come to select those players they deem as most promising to play in a tournament in Doha. Mahmoud gets onto the roster, but Fawzi is left off due to an age limit regulation.

While Mahmoud revels in his good fortune, Fawzi is left alone to mourn the loss of opportunity. The heartbreak is palpable. And yet, as sports stories often do, an unexpected good turn reveals itself. The tournament organizers allow Fawzi to play after all. He reunites with an ecstatic Mahmoud and the young men allow themselves to enjoy the luxuries afforded to them away in Doha as they ready to appear on the world stage as legitimate soccer players. Fawzi scores a goal and the camera then shows scenes back at Za’atari — rapturous family members and friends cheer him on as they watch via satellite TV.

The two friends participate in a post-game press conference, and here is perhaps the most powerful moment of the film. Mahmoud implores people to give refugees opportunities instead of the ‘pity’ they typically receive.

While the film ends three years later with both Mahmoud and Fawzi still living at Za’atari, they now coach youths who also want to pursue their dreams of playing soccer — and ultimately gain their freedom. Through the hardship, El Arabi’s film manages to deliver a story of hope and the unfailing human heart. 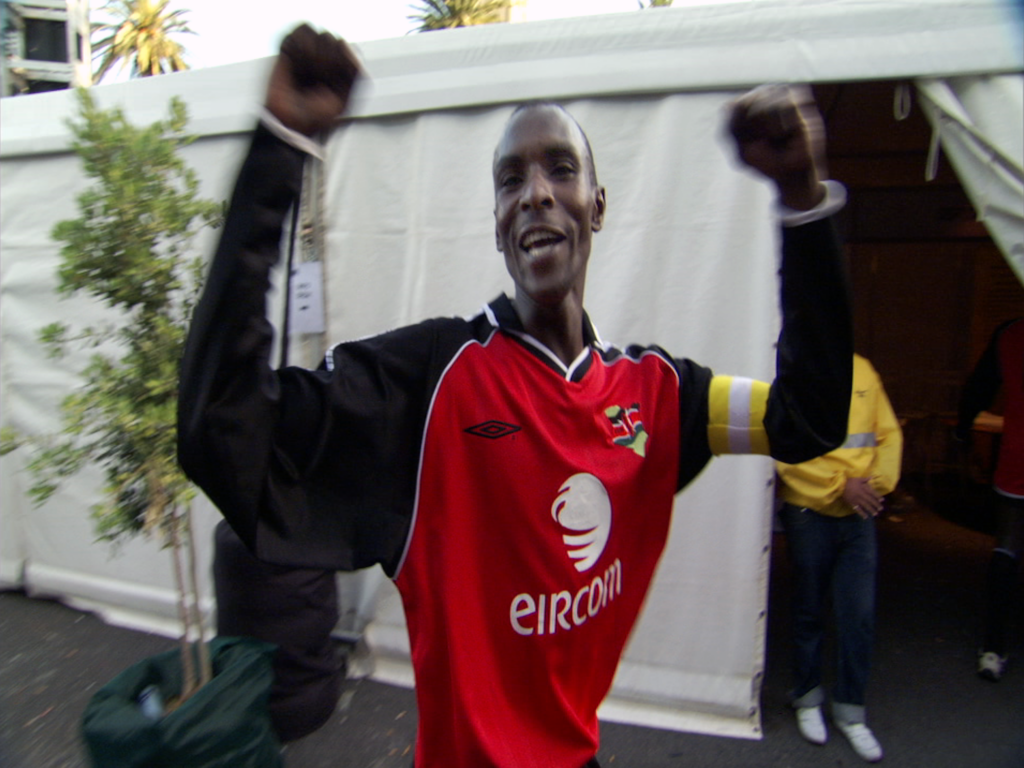 When you put the terms “soccer” and “homeless” together, it’s logical to assume that a charity event to support a cause is at the center of the two. But, 2008’s  Kicking It brings attention to an actual global sporting event among the unhoused diaspora.

The documentary, directed by Susan Koch and co-directed by Jeff Werner, focuses on the 2006 Homeless World Cup taking place in Cape Town, South Africa. It’s difficult not to get absorbed immediately. Viewers meet the first of several unhoused men from all over the world vying for a spot on their country’s national team. Five hundred players from 48 nations were selected for the event overall.

We are introduced to 23 year-old Damien from Dublin, Ireland, who has been addicted to heroin for years and was kicked out of his home by his mother because of his drug use and a refusal to accept her help. We also meet Alex, a 29 year-old from Nairobi, Kenya, who cleans toilets while dreaming of playing professional football, despite living in a slum where no creature comforts exist. There’s also Jesus from Madrid, Spain, who at 62, dreams of recapturing the glory of his youth. He played for the country’s celebrated football team Real Madrid for two years, but his life spiraled downwards after that, alcoholism taking hold and ultimately a 10-year prison run after numerous bank robberies. And then there’s Slava, who grew up in a provincial town in Russia, but had to leave when it essentially imploded after the USSR’s dismantling. Opting to find a better life in St. Petersburg, Slava has no registration papers, which results in his total displacement.

Koch skillfully brings each man’s story to Cape Town, where they eventually find themselves. There are triumphs on the pitch, though probably more accounts of failure. The beauty of this is the never-ending hope that remains within each player.

Slava’s story perhaps puts the film into perspective. Worldwide, the unhoused are stereotyped as pariahs, the invisible, the dregs. His determination to win the World Cup is to show his countrymen that being houseless doesn’t translate to “dirty” and “drunk” as most Russians perceive them to be.

Slava does reach his goal and our hearts feel as full as his in that winning moment. But, the true beauty of the film speaks to how both the wins and losses transform some of these men right before our eyes.

Kicking It demonstrates dogged determination and the ability to rise no matter the circumstances.

Football and film combine together to create more than a lasting memory. They live on, reminding us about the power within.