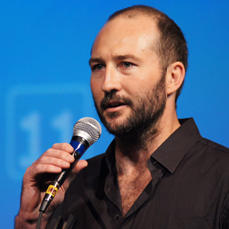 Two of the international films in the Festival this year, Mad Bastards, from Australia and directed by Brendan Fletcher, and Knuckle, from Ireland and directed by Ian Palmer, deal with family violence. Mad Bastards follows the angry adult TJ, his estranged 13-year-old son, the possible legacy of domestic violence, and the transformation from a young boy to a man. Although it is a fiction film, it is based on real people, places, and events and uses some of the real people as actors. Knuckle is a documentary, chronicling the decades long rift between extended families and their use of bare knuckle fighting to solve their conflicts.

Filled with fascinating, vibrant characters and intense scenes of violence, both films explore the extreme nature of aggression and the effects on family in a smart way. As an audience, we are affected by the visceral content, but we learn the consequences of their actions and see the underlying need to stop the negative values and turn their lives into something more positive before the aggression is passed down to new generations. We sat down with the two directors for a conversation.

Insider: Ian, how did you become involved in this world of bare knuckle fighting?

Ian Palmer: In 1996, ’97, I came back from the States. I’d never really considered making documentaries up to that point. A friend was making community videos, and he had made one with one of these nuclear families in this big plant. I went over to meet them just out of curiosity, and they dug out a whole series of family albums which traced their family back 70 years, and I thought, that’s an unbelievable gold mine. I started talking to them about making a documentary using those photographs, and that’s where my connection with these people started. A couple months later one of the daughters, Jaclyn, was getting married and they asked me to video the wedding. She got married to a guy called Michael McDonaghs, 18 years old in the film. That’s how I met him, and the first footage you see in the film is the first time I met him. Around the corner at the reception his big brother James, 10 years older, was there, and he was the center of attention, obviously a charismatic figure among them. And that was it, I met the two of them, and I didn’t’ know anything about them.

A few weeks later I got a phone call from a third older brother called Curly Patty, saying James had a fight coming up and asking if I’d like to video tape for them. I said sure no problem. I didn’t even know they were talking about bare knuckle stuff. We went to the fight, met up in the morning, a huge crowd of men, women, and children to see their champion off. I followed as quickly I could in my car. Once we got there, a quiet country lane, the other guy was brought in–two big men. James was very fit, the other got not so good. The fight happened—five minutes, James beat the guy to pieces and won 20,000 pounds in a brown paper bag. James calls his dad on the phone whose waiting for him at the pub 10 miles away—families can’t attend their own fights, that’s not allowed. Only neutral people can attend the fights because if people go in a group you’re going to get a lot of anger between them and maybe a group fight.

Brendan Fletcher: There are lots of rules aren’t there?

Ian: No gloves, but you can wrap your knuckles if you’ve got weak knuckles, which James says in the film he has. No biting, no kicking, no butting. The referees can encourage a draw, and if you accept a draw that’s honorable. Back to the pub afterwards they were meeting up, and it was like the crowning of a king. I was hanging on in the middle of this crazy crowd, but he was in the back of the pub, and there was a light over his head, and it was like a halo over his head. And that was it, I was hooked. I’d stepped through a door into a world I had no idea of. And 12 years later I came out the other side.

Brendan: [My journey] was almost exactly the same. What I wanted to do was not come up with a story, I kind of wanted to start with the men and the place and do some workshops with those guys, and then kind of organically come out with the best people for performing in a movie—some people that had some talent and some discipline and some great stories. We got our first script development grant from the government in 2003. I didn’t want to write anything until I knew that the process was going to be effective, otherwise it’s wasting everybody’s time. We shot on 35 mm tests with our script development grant. That ended up being very useful footage. From 2003 to 2008 when we got fully financed, there were guys who were going to be our main dudes who were unfortunately in jail. So at times it was too real.

Insider: Did you find the same thing as Ian, that these guys were happy to be documented?

Brendan: Absolutely. For remote aboriginal Australia, to have someone actually listen and not just come up for a three-minute story for a show, that was just a very meaningful experience for them. So pretty quickly that bond was formed and reinforced. There was one moment when we got the 35mm film back. And I showed them and told them about the funding that we were pitching for, and the budget, and we were talking for hours about it, and they’re nodding and saying ‘yeah, yeah..’. And I said, “Have you got any questions or anything?” And the main guy goes, “Yeah, I’ve got one question. Are you fucking serious?” (laughs). This is a community where the nearest theatre is 500 km away.

Brendan: Were the fights about anything except money? Was there lineage involved?

Brendan: Did you find that people would introduce themselves as “I am the daughter of such and such…”?

Ian: In the film there’s a statement made by Michael, the younger brother, as he wins a fight. He beats a man named Joyce, and he says at the end of the fight, “I’m Jimmy Quinn’s Michael.” His father is Jimmy Quinn McDonagh, and he’s Michael, the son of Jimmy Quinn. That’s the way it works. You’re the son or daughter of somebody.

Insider: Brendan, were the original subjects interested in how you were going to handle the violence?

Brendan: I think they were very proud of being perceived as the tough men that they were. But they were also adamant that there was a sense of cultural dimension or spirituality to the movie. They loved the fighting, they could have shot ten more fighting scenes. But in the fullness of the movie, there was kind of an unspoken agreement between us that it had to represent them as spiritual kind of people.

Insider: How much did that weigh down on you?

Brendan: I was totally with them. I didn’t want to make a movie about fighting either. I was captivated by these tough characters who were incredibly vulnerable men.

Insider: Ian, was it hard for you to get the humanism that we see in the doc? Did you have to start searching for it?

Ian: It was always my idea that I was going to try and make a film from inside of this world, not from the outside looking in. A lot of these fights would have ended up on the front page of tabloids with a bloody picture of someone spattered over all of the pages. But I wasn’t interested in doing a tabloid version of this. I was always looking to make a film about real people who happened to do this very strange thing. I set out to make a character study; however, I did get completely seduced by this tumultuous, attractive, visceral fighting world. I loved going to fights. I would go to any fights I could get to. At a certain point, I cut myself off. I wasn’t really making a film anymore, I was just falling into this life.

Insider: Brendan, after that initial thrill did you begin to feel the effects of filming the violence?

Insider: Because your films are both so violent but delve into the humanism of the characters, is there something you’re interested in audience members taking away from it?

Ian: If people came to my film to see violence and see fights and they came away with being satisfied with their desire for violence, it would be a failure. That’s not what I’m about at all. It’s about seeing people living their lives, seeing these families and these men having to do what they do for honor and respect, and seeing the destruction that it brings to them and their world.

Brendan: For me, particularly as a man, experiencing these fighting men was a very compelling experience, it was a door I went in on, and I think it may be the same for an audience. But then it’s about what happens when you walk through that door. There would be no depth in my life and no depth in my film if it were just a lot of that door. And it’s what happens beneath that, what are the effects of that, and particularly in my movie, what do the younger generations pick up when they see that happening to their fathers and uncles and grandfathers. It’s not a fairy tale, it’s not a ‘happily ever after,’ it’s a very realistic depiction of a complex situation.