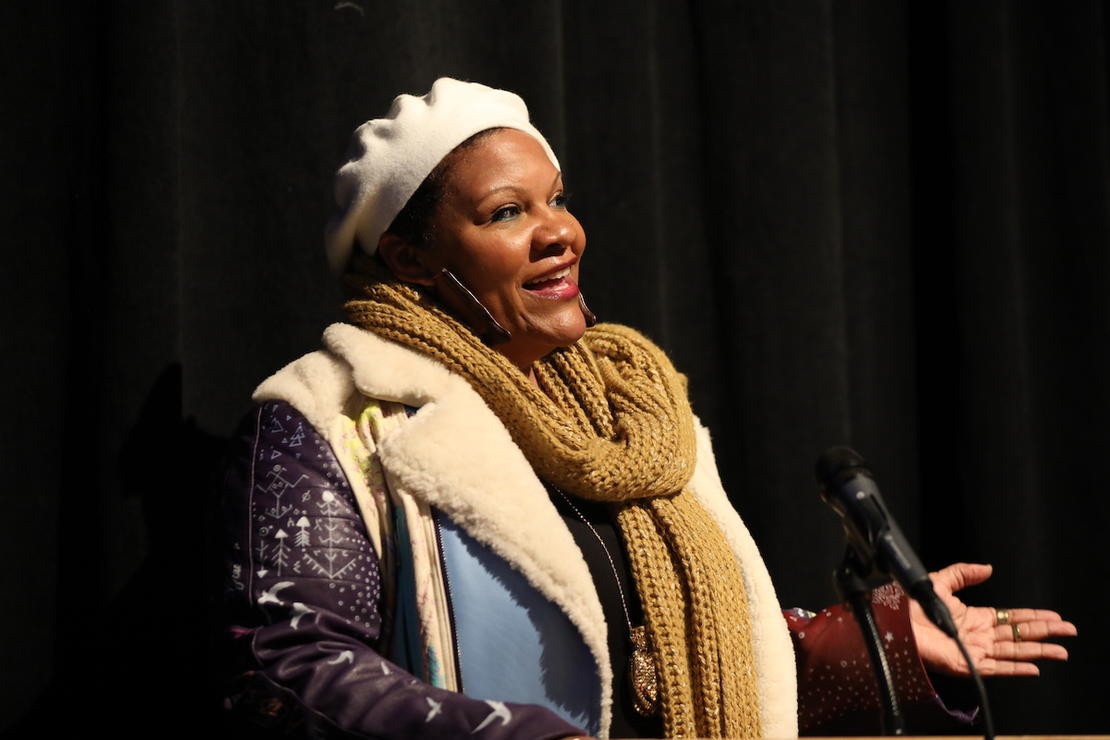 “I was raised by a cinephile, so I was raised on films like Night of the Hunter, Lost Weekend—you name it,” the native New Yorker said at the film’s world premiere at the 2020 Sundance Film Festival. “I wanted to do something in a way to retrofit this story and film into this canon of films, because I feel this film should have been told 30 or 40 years ago.”

I wanted to do something in a way to retrofit this story and film into this canon of films, because I feel this film should have been told 30 or 40 years ago.

“I just wish you hadn’t shied away from the darkness,” one particularly heinous old white producer tells her at a fancy party after reading her script, adding that her story about gentrification in her own neighborhood “rang a little inauthentic.” (He thinks he’s throwing her a bone when he tells her with a smile that he still needs a writer for his Harriet Tubman musical.)

For both Radhas (the real-life Radha and her onscreen double), hip-hop was important. “This film was not someone who was going to become a rap star,” Blank noted. “To me, the film was about hip-hop being a meditation.”

Onscreen, the character uses music to channel her frustrations with her stalled career and with the racism she encounters trying to get her plays produced—and for the director, music also became a way to cope with losing her mother back in 2013, just as she was beginning work on the web series that eventually morphed into The 40-Year-Old Version.

“Part of how I got through it was by performing these songs,” Blank, alias RadhaMUS Prime, added during the film’s Q&A. “[This movie] is kind of an origin tale.”

Blank brought the project through Sundance Institute’s Screenwriters and Directors Labs back in 2017, so premiering at the Festival felt like the perfect way to bring things full circle. “I guess I would consider myself a Sundance baby,” she said in Park City, surrounded by the cast and crew who helped her bring her labor of love to life.