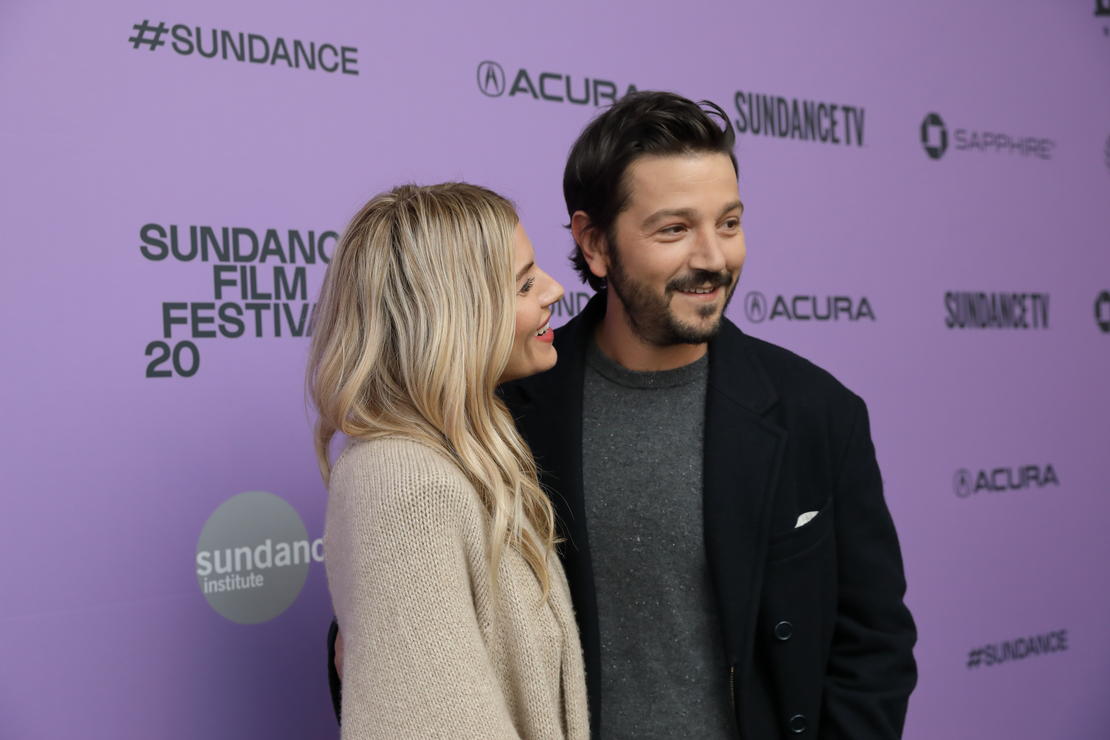 Writer/director Tara Miele explained at the premiere that the film is based on her own experience. “About six years ago, my husband and I were in a pretty bad car crash, and I blacked out during the accident. When I came to, I couldn’t see anything. I was screaming, ‘I can’t see!’” Her voice got quieter. “And the first thing I heard my husband say was, ‘I can’t breathe.’ It was this strange moment. The idea that something had happened to my husband was unimaginable to me.”

“Weeks later, after I recovered, we were at Thanksgiving at my mom’s house. The kids were crying, people were fighting about the stupid turkey, and I was like, ‘Oh my god, this is the best!’ I was just so grateful for these messy little lives that we were lucky enough to still have. I just desperately wanted to share that feeling—so that was really the meaning of Wander Darkly.”

I was just so grateful for these messy little lives that we were lucky enough to still have. I just desperately wanted to share that feeling—so that was really the meaning of Wander Darkly.

Sienna Miller and Diego Luna were both in attendance at the screening. In response to an audience question about what drew her to the film, Miller said, “Every single time I read the script I cried. Deeply moving, and I think the idea of going back to the inception of a relationship, monitoring the beats where you went wrong, these little moments that corrupt. … I felt like it was something I wanted to do from the first moment I read it.”

In response to the same question, Luna responded simply: “I just look the same as Tara’s husband.” After the laughter, he explained, “To be honest, when I read it, I just cared about the relation. I was today sitting in the audience and I wasn’t thinking as an actor, whether the character fit me or not—it was just the relation, the beauty of going back. An intelligence to revisit who you are with someone.”

The film hinges on the relationship between Miller’s and Luna’s characters. Miele said, “Poor Sienna had a 50 millimeter lens like this”—she put her hands right up next to Miller’s face—“the entire time. But if anyone can hold a lens, it’s Sienna Miller.”

Luna’s character has a strong Mexican heritage that is detailed in the film—including on a trip to Mexico for the couple and a visit to a Day of the Dead festival. One audience member posed the question: “Which came first—setting the Mexican culture aspect of the film or hiring Diego?” Luna turned to Miele in mock seriousness, his arms crossed. Miele laughed and said, “The Day of the Dead was always in.” She gave him a sidelong glance. “And I may have done a little tweaking when I sent you the script.”

Miele continued: “You know, living in Los Angeles, there’s a big Latino population. It’s my life, it’s what the couples we know look like. To me, it just felt right. Diego and Sienna were both in my original lookbook, so I feel overwhelmed with gratitude that they ended up doing this crazy film with me.”