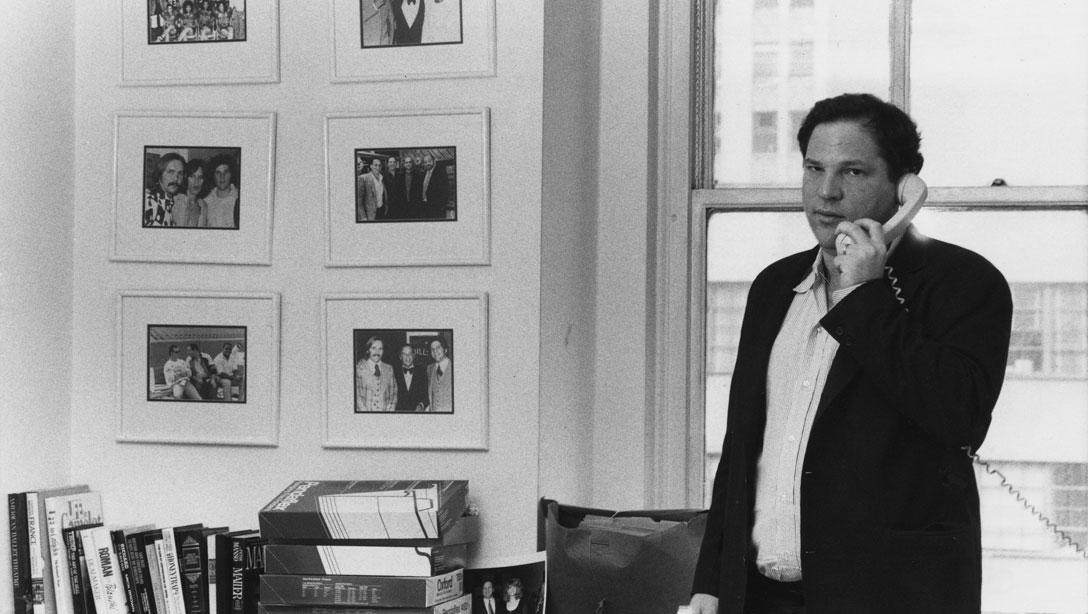 There’s a new Harvey Weinstein film at Sundance this year, but it’s one the former movie mogul wishes didn’t exist. Although it had been whispered about for years, when the incendiary allegations of rape and sexual harassment against Weinstein were published in October 2017, many were shocked. Some wondered how he’d gotten away with it for so long.

British director Ursula Macfarlane was enlisted by award-winning producer-cousins Jonathan and Simon Chinn to get to the bottom of this question. Her new doc Untouchable depicts the rise and fall of the man who was both a champion and bully of independent filmmakers and a powerful presence during many Sundance Film Festivals. Macfarlane interviewed many of Weinstein’s former employees, college pals, and reporters. Some of Weinstein’s colleagues wrestle with what seems like their passivity.

Equally revealing are interviews with many of Weinstein’s alleged victims. Some, such as actresses Rosanna Arquette and Paz de la Huerta, go into further detail than in the past while several others have been emboldened to speak out publicly for the first time. Macfarlane describes her film as both a portrait of Weinstein and an examination of the dark side of Hollywood.

It’s been just over a year since the accusations. When did you begin working on the film?

My producer has been working on it since February, but I began on it in May. We made the film quite quickly. The last person we filmed was in November. It has been quite a fast turnaround really. Everyone had to work very quickly.

What was behind the decision to make it?

When the story broke, it grabbed me because it’s such a universal story. This kind of thing has happened to every woman I know, including myself, and some men, as well. He’s such a fascinating character and even though I was never in his orbit, I know quite a few people who were. Everyone described him as extraordinarily charismatic and said what a funny, intelligent guy he was.

But there was this dichotomy, this incredibly dark side. I think when you discovered the extensive, possibly hundreds of women who’ve come out, you have to wonder how he got away with it because it went on for such a long time. I wanted to know more. Then I got a call from Simon Chinn, who asked if I wanted to make this film. I said, “Yes, yes, I want to make this film! I’ve never been so sure of anything in my life.” I had a really visceral reaction. We raised finances pretty quickly.

You said you weren’t in Harvey’s orbit, but were you aware of the allegations against him before they became public?

I was not. That shocks me now. I was speaking with a friend who did a lot of work with Harvey and he said he heard that he was philandering and that he was lecherous, but none of this other stuff. The friends I have who work in the film business in London and who met him and went out to dinner with him, they didn’t hear about this stuff.

They knew he screamed and shouted and that he was mentally abusive to people, but no one mentioned the “R” word. The more you read now, the less surprised you are. He had such power. He could get people to do anything he wanted them to do. There’s a woman in the film who says he’d never take no for an answer. The woman in Buffalo said he always believes it’s consensual, because if he wins then it was consensual.

Did Harvey’s legal team create any obstacles for you?

Not at all, no. We contacted his lawyer several times to see if he’d take part and the answer was no. We have no evidence that they tried to stop us. We just got on with it.

Many of your subjects are speaking out for the first time. How did you convince them to open up so candidly in front of your camera?

They were women who wanted to talk and do this for the public good. But it was still difficult for some of them. We didn’t drag them into the interview. It was a very hard decision for them to make and they were very courageous to do so. I really believe the reason we made this documentary is because so many people believe they don’t get heard. We just needed to say, “I’m here, I’m present, and I’m listening to you.”

You need to create that environment. I think there’s something about sitting there and letting people know it’s their moment. We’re obviously aware of the exposure they’re going to get with this film and we’re looking after them and we’ll continue to do so. They’re strong women. I know that they feel very proud that they spoke out and that we listened to them. This will be out there for the world to see. If we achieved anything with this film, that’s what I’m most proud of.

Were there people who declined to be interviewed?

There were lots and lots who declined to be interviewed. We spoke to hundreds of people from all aspects of his life and career. There are still a lot of people who are frightened of Harvey Weinstein and where his tentacles reach. There are also a lot of people who want to put it behind them. It was an old chapter of their lives. In some cases, they’re still worried about NDAs they signed.

It was definitely difficult to get people on the record and on camera. We got very close to some people, but then they said they don’t really want to open this up again into their lives, especially the younger people. The older people have the experience of life behind them. When you’re starting out in your career, do you really want to talk about what happened to Harvey Weinstein five years ago? It was very difficult. I’m very proud of the people who worked for Harvey… It’s very courageous of them to speak out.

It must be very challenging to create a documentary about a subject about whom nearly everyone shares an opinion. How do you avoid preaching to the choir?

It is a story that everyone knows a lot about. I hope we did tell some stories that people didn’t know. I think what we wanted to make sure of was that we weren’t just making this for the industry. There are people who know far more about Harvey than I could ever find out. People might wonder why we didn’t include scenes of Harvey Scissorhands (Weinstein’s nickname earned for his aggressive editing requests).

We had to decide what we were going to talk about. We just wanted to talk about the big scenes of power and abuse and shape our story around that and not make it something that only a small audience would get. We wanted it to be a resonant film. You might work in a completely different industry but watch this and recognize someone like Harvey in your industry. These are universal themes.

We also wanted to make people feel it emotionally. That was one of the driving things behind it. It’s a story people have read, but to see these women on screen telling their stories in such a raw way—that was the most important thing we could do, particularly now that the case is very complicated. I think the voices of the women have slightly dwindled. I thought, “OK, here are these women. Do you believe them?” That was what was at the heart of the film. But there is the Hollywood side, too. When you cover Harvey’s story, you uncover the dark side of Hollywood, too.

Is it a coincidence that Harvey’s downfall occurred during his weakest professional streak since the 1980s?

That’s what a lot of people say. It’s not something we got into in the film due to space. Perhaps if he had been the Harvey of the late ’90s, it would have been harder to bring him down because he was so powerful.

How do you think the allegations of sexual abuse have affected the ability for conscientious film lovers to enjoy his movies?

That’s an interesting question. My editor and I talked about it a lot. The thing is, Harvey didn’t make those films. They were made by Tarantino and Minghella and others. Harvey put them together. He was a brilliant producer. He’s not the creator and the artist. I think you can separate those things.

Having said that, when the logos for Miramax or The Weinstein Company come up, there will be an uneasy feeling for sure. That’s why we did spend some time talking about what he did achieve. I don’t think it’s interesting to have a character who’s just an out and out monster. That’s boring. People are more complicated than that.

For decades, he was practically synonymous with Sundance. What was your response to having your film premiere here?

I was jumping up and down with joy. I think it’s really great, but at the same time I feel a massive responsibility. It’s fantastic, and it seems very appropriate.