Now Streaming: ‘The Mole Agent’ Will Make You Want to Call Your Parents the Moment You Leave the Theater 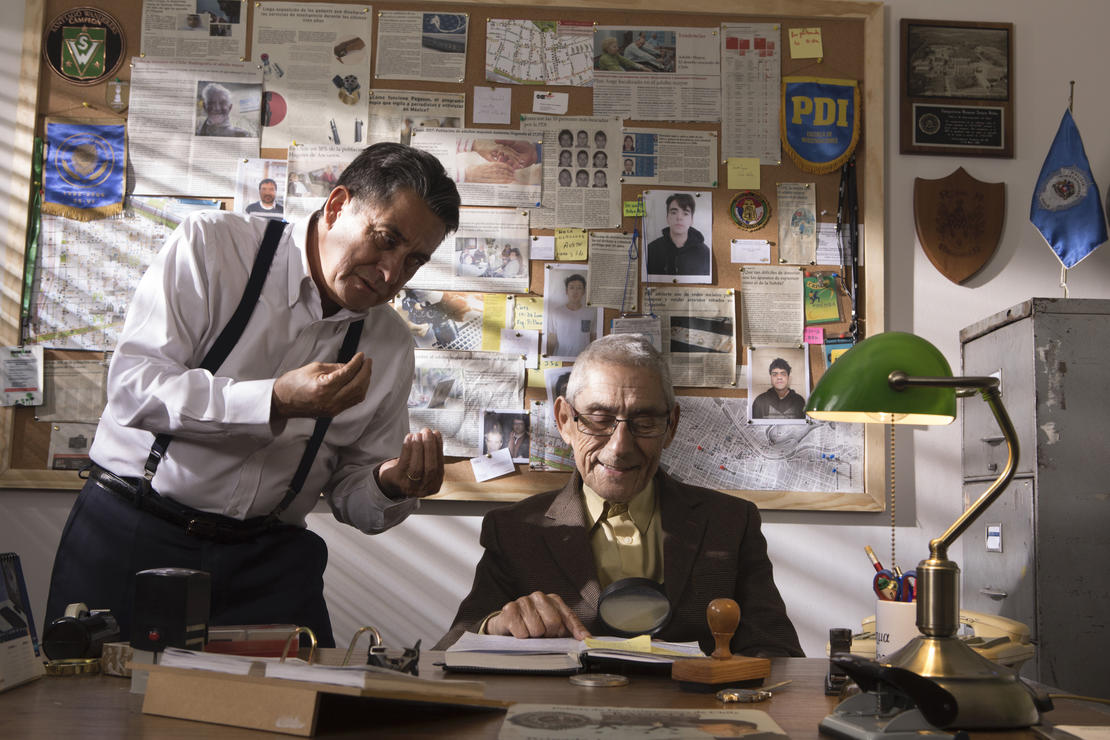 At the 2020 Sundance Film Festival, Maite Alberdi’s documentary The Mole Agent had its world premiere. Below, hear what the filmmaker had to say in Park City; then go watch the project, which is now available to rent on most streaming platforms.

“All right. Now you’re going to call me on WhatsApp.”

“But call me. It’s no use seeing me. I won’t be close to your camera. You have to call me first.”

“But you haven’t called me.”

Thus begins the training for 85-year-old Sergio to become an undercover spy in Maite Alberdi’s film-noir documentary, The Mole Agent.

Rómulo, a private investigator, was hired by a woman who was concerned about the way her mother was being treated at a nursing home. So he put out a want ad for an 80- to 90-year-old man to go undercover. After screening many candidates who, despite assuring him they were great with technology, couldn’t manage simple tasks like taking a photo with their phone (or even remembering their phone number), Rómulo settles on Sergio, a recent widower eager to do something with his life outside of his unfulfilling daily routine.

At the film’s premiere, the director explained a bit about the importance of this story in the context of the recent “waking up” to social injustice in Chile: “We realized that as a society we completely invisibilized and isolated so many groups, and one of them was elderly people. And with this film … I learned that it’s never too late to reinvent yourself. … It’s never too late to find new ways of purpose.”

It’s impossible not to fall for Sergio’s unassuming charm and sincere, empathetic personality. He quickly becomes friends with the women at the nursing home—in part because he is eager to get information—which gives off the wrong impression to one woman who admired how well-dressed and “gentlemanly” he was from the moment he arrived.

Throughout the three-month job, as Sergio fumbles over a hidden-camera pen and spy glasses, gives overly detailed reports about the nursing home’s social activities, and conspicuously follows his “target” too closely, Rómulo reminds him to “be subtle.”

In between his thorough note taking and reporting, though, we see touching glimpses of a wonderfully caring man who shows genuine care and concern for his new friends—and they truly are friends—many of whom, he begins to realize, haven’t received a visit the whole time he’s been there.

Audiences may wonder how the team got such great footage of this undercover mission, but one of Alberdi’s previous films, Tea Time, about a group of five women who have gathered for tea once a month for 60 years, was the key. Tea Time is well-known in Chile, and since Alberdi had worked with elderly subjects for that film, she was able to gain the trust of the nursing home staff. Plus, they started filming before Sergio even moved in so as not to arouse too much suspicion.

Sergio couldn’t make it to the film’s premiere in Park City because of a fear of flying (though the way he explained it was that he had great “respect” for planes)—but he sent a video message to the audience. “For me this has truly been a wonderful adventure of my life,” he said, “because getting to work on a film at this age is something splendid.” He explained that he still visits his friends at the retirement home, and they get on his case when they haven’t seen him for a while.

One audience member asked the director whether Sergio’s friends in the retirement home felt upset or betrayed when they found out he was a spy. Alberdi said that when he told his friends Marta and Zoila, “They said, ‘Ah, great,’ and they forgot it in 10 minutes.”