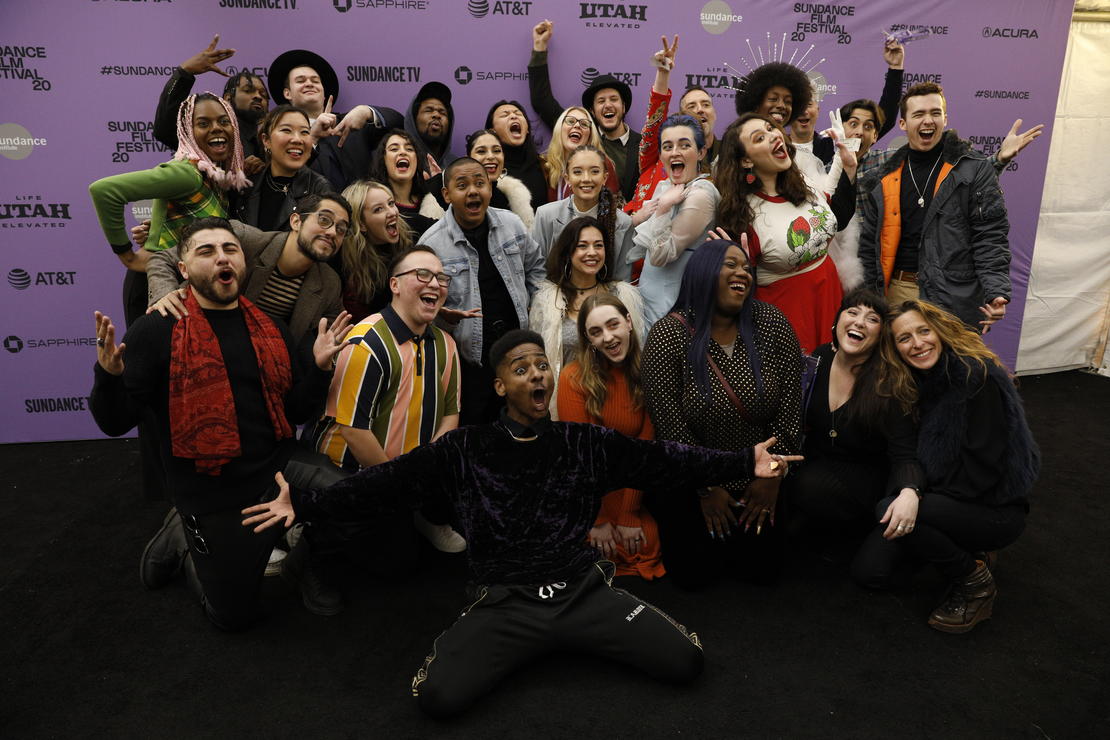 The writers and stars of ‘Summertime.’ © 2020 Sundance Institute | Photo by Rebecca Haydu

Two years after he debuted his first feature film, Blindspotting, at the Sundance Film Festival, Carlos López Estrada returned with Summertime, a poetic odyssey through Los Angeles with more than 30 characters—including taggers, cooks, and would-be-rappers—through one hot, life-changing summer day.

At the Q&A after the screening, Estrada described the film, which was a collaboration with 27 young poets, as a “miracle movie.”

After attending a Get Lit teen poetry program seven months ago, Estrada said, “We saw these people talking about things that were important to them in a way that was creative and beautiful. I walked out of that meeting saying, ‘I hope there’s a way we can help other people experience what we just experienced.’”

He knew he wanted to make a movie that wove together these wildly disparate personal stories, but he had no script, no stars, and no financing. “We basically sold the movie on a three-sentence pitch,” he said. “‘We know these poets, they’re incredible, we think there’s something here. Ninety percent of them are leaving for college in three months, so the only way this can happen if we start working on it tomorrow. Can you trust that this is worth your time?’ I will never understand why, but [our producers] said yes.”

The result: a “free-verse poem” of a film that marries the humor and heartache of Blindspotting with a roving, Slacker-style approach to storytelling. Like Richard Linklater’s landmark Austin-based film (which premiered at the Sundance Film Festival in 1991), Summertime is not just a jubilant celebration of the city in which it was filmed but a movie that couldn’t be made anywhere else.

The film begins at Venice Beach and travels through downtown LA, Los Feliz, Crenshaw, Hollywood Boulevard, and all points in between. At times the poetry becomes songs about LA, love, heartbreak, and getting stuck in traffic—or dancing away a bad day in a spectacular scene that might have been cut from La La Land.

For some of the cast members and writers, opening night at the Festival was their first time seeing the film. Madyson Park, whose segment involves a joyful dance break in the kitchen of a Korean restaurant, said, “I sobbed my eyes out. I’ve never seen anything like that of my people on screen.”

Mila Cuda, whose character serves a searing rebuke to a homophobic jerk on a bus, worked as one of the poetry coordinators, but it was her first time seeing the film in its entirety. “I spent so much time looking at all of these themes and to see them realized is incredible. Especially when you see someone you love [on the] big [screen] and speaking their truth? I’m shaking.”

Raul Herrera—the limo driver who delivers the film’s final, moving poem—said, “As you can see, all these poets were pretty authentically ourselves and we show a representation of Los Angeles the way we see it, the way we interact with it.”

If there’s a main character in Summertime, it’s Tyris (19-year-old Tyris Winter), who’s searching for the perfect burger in a city where all the places he loved are disappearing. His quest, which helps bring many of the characters together, is also a search for home and a sense of belonging.

Concluded Estrada, “It’s not my movie; it’s not anyone else’s movie. It’s really a thing that we did together, that I think we all have equal ownership over.”