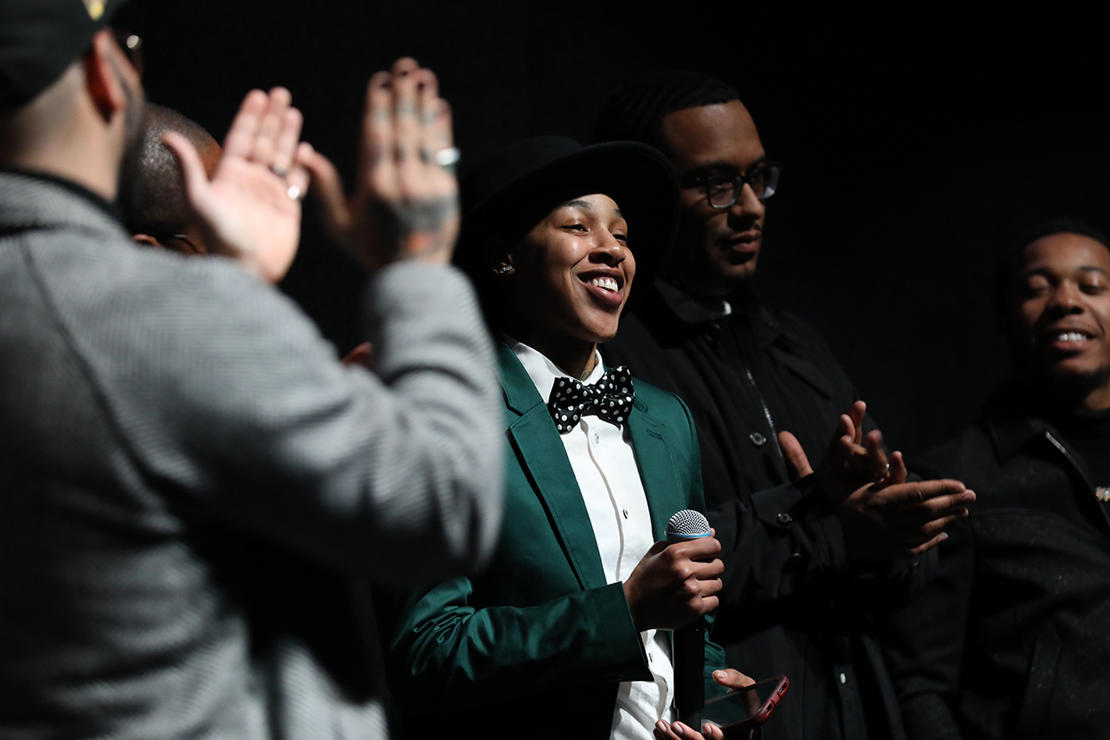 Angel Manuel Soto’s Charm City Kings made its debut at the 2020 Sundance Film Festival and recently began streaming on HBO Max. Hear what the project’s director and cast had to say at the film’s world premiere.

Based on the documentary 12 O’Clock Boys, about a young boy who dreams of joining the same notorious group of Baltimore dirt-bike riders his late brother used to ride with, Charm City Kings is a jolt of adrenaline to the coming-of-age genre, with a star-making performance by Jahi Di’Allo Winston as 13-year-old Mouse.

At a post-movie Q&A, director Angel Manuel Soto shared why the film meant so much to him, and how it’s already changing the lives of some of the cast members, many of whom were acting for the first time.

“The criminalization of riding is an important conversation that we need to have,” Soto said. “Let’s give kids someone to look up to. Why do we want to make all [their heroes] criminals? At the beginning and at the end, you see that ‘no ball playing’ sign? That was there in the streets. We didn’t put that there. Imagine being a six-year-old who wants to play ball and the first thing they see outside is that it’s illegal. It’s that mentality that only happens in marginalized communities.”

Soto added, “Ninety-eight percent of the riders you see are stunt riders. Allowing them to do what they love gave them a new perspective. After this movie, a lot of them went on to do stunts for Bad Boys 3. (Will Smith is one of the producers of Charm City Kings). They felt like, ‘I can do something new with my life.’”

The film was also an enormous game changer for Marvin Raheem, who plays Derrick, the guy who tricks Mouse into letting him borrow his bike. But Marvin didn’t even start out as an actor on the project. Said Soto, “He came to set every morning and was asking for something to do. We put him on security. We were about to do the scene where Derrick steals the bike. We had an actor to do that”—but they realized he had lied about being able to ride. “We were like, ‘Shit, we have to shoot this tomorrow.’ And Marvin could ride really well, so we were like, ‘You’re going to do this scene.’ He said, ‘OK, sure. But I can’t act.’ It was terrible acting, because he’s not an actor. He had never seen a set before. Of course, stealing the bike was easy for him. He did it flawlessly.”

Three weeks later, with the help of an acting coach, Raheem had his big scene where he’s confronted by Mouse and his friends. “When that day came, he killed it,” Soto shared. “After that, he felt like his life changed forever, because he was finally being exposed to something different in his life. He realized that day that this was his calling, to be an actor and a stunt actor.

Whatever happens with the movie (which already has an April release date with Sony Pictures Classics), Soto is proud of what the film’s accomplished: “Providing this role between real-life stunts and real-life kids, who didn’t know they could be more than criminals because the system says that’s what they are—that was fulfilling. We have to build a better world for the kids, so that whatever they want to do, it’s not a criminal activity.”