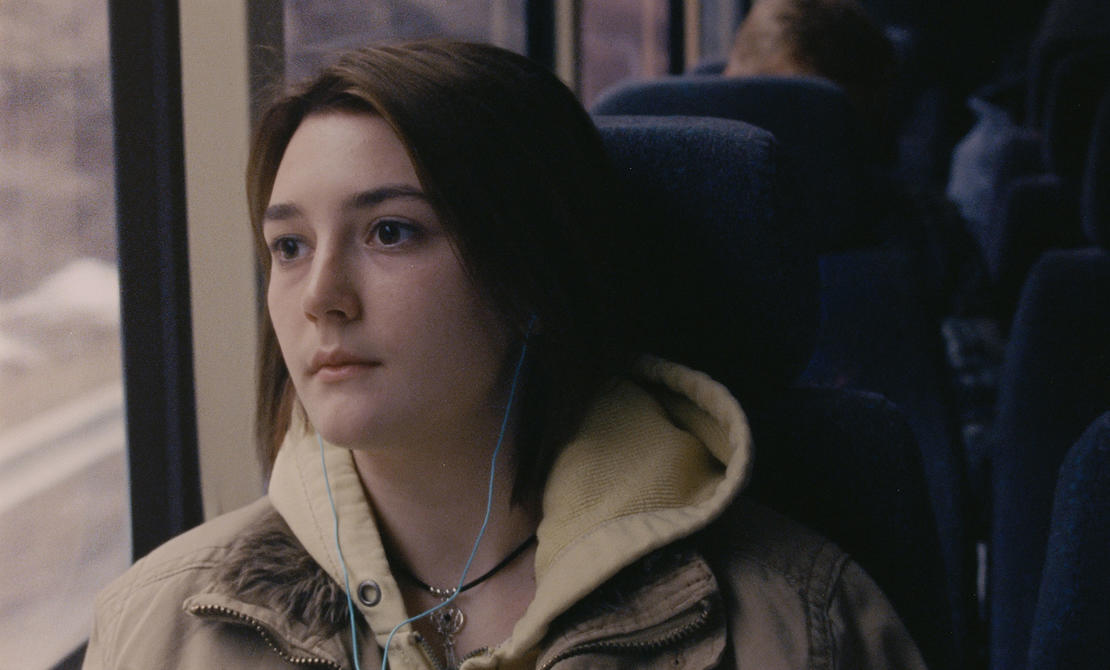 Eliza Hittman’s latest film, Never Rarely Sometimes Always, won prizes at the 2020 Sundance Film Festival, where it had its debut, and at Berlinale, where it was awarded the Silver Bear. Below, hear what Hittman and her two lead actresses had to say at the Festival in January, and see photos from the premiere. Watch the trailer here.

As actress Sidney Flanigan tells it, she actually turned down director Eliza Hittman on the offer to play the lead in Never Rarely Sometimes Always back in 2012. Not that you could blame her—she was only 14 at the time.

“I was grounded and I wasn’t supposed to have my phone,” Flanigan noted with a laugh after the film screened at the Library Center Theatre during the 2020 Sundance Film Festival.

The pair had met when Hittman—writer/director of breakout Festival titles like Beach Rats (2017) and It Felt Like Love (2013)—was filming a “participatory, performative documentary” about juggalos in south Buffalo.

“We immersed ourselves in the subculture and went to a debaucherous backyard wedding, and sitting in the corner of the backyard was a young 14-year-old with a shaved head and a wig and her face painted like an angry clown, and I thought, ‘Who was that?’” Hittman recalled.

Sitting in the corner of the backyard was a young 14-year-old with a shaved head and a wig and her face painted like an angry clown, and I thought, ‘Who was that?’

It’s hard to imagine anyone but Flanigan in the role of 17-year-old Autumn, a quiet but talented teenage musician living in a small Rust Belt town where everyone knows everybody’s business. When Autumn discovers she’s pregnant, it’s never made explicitly clear who the father is (a number of suspects menacingly lurk in the shadows), but one thing is certain: she can’t get an abortion in her home state of Pennsylvania.

So she heads off to New York City with her supportive cousin, Skylar (Talia Ryder), hoping that she’ll be able to make it to a clinic where she can have the procedure done without her mother being informed. Thus begins a harrowing multiday journey that involves sleeping in subway stations, encountering perverts on the train, making multiple appointments, and enduring the advances of a fellow traveler who doesn’t have the purest of intentions.

More from the 2020 Festival

When asked about the genesis of the project, which feels so raw and visceral, Hittman noted that her writing process takes her out into the world to really experience what her characters are going through. “I went to a lot of small towns in Pennsylvania,” she noted. “I got on the bus and rode it into Port Authority. It was really about asking myself, ‘If I were them, what would I see?’”

Hittman also spent a considerable amount of time researching what women have to go through to get an abortion in these kinds of small towns. “Perhaps the most compelling type of interviews that I did were with counselors who were on the receiving end of so much and see so many women each day,” she said.

At a clinic in Queens, she encountered a counselor named Kelly Chapman, who offered up a ton of detailed, candid stories about the things she encountered in her line of work. “I ended up casting her in the film—she is the counselor,” Hittman added.

Playing in the Festival’s U.S. Dramatic Competition, Hittman’s film feels like essential viewing in the year 2020. “We have an administration that’s trying to chip away—successfully—women’s rights, reproductive rights,” Hittman said as the Q&A came to a close. Never Rarely Sometimes Always is a visceral look at what’s at stake.