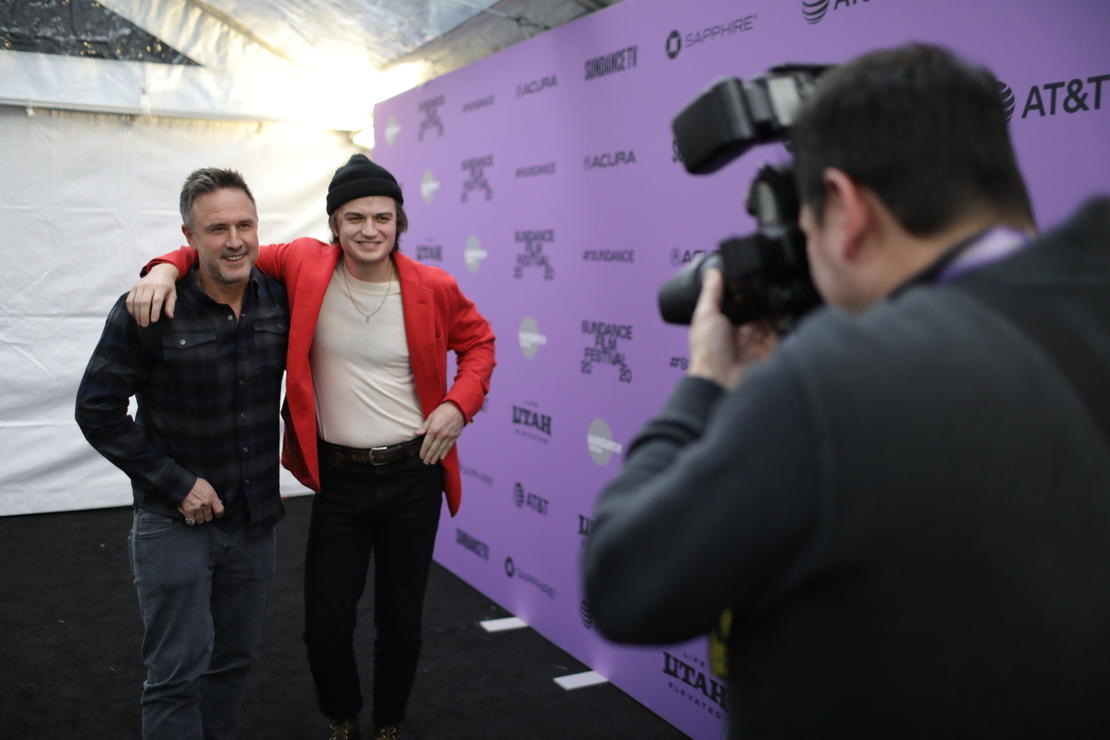 Eugene Kotlyarenko’s thriller Spree—a selection at the 2020 Sundance Film Festival—begins streaming on Friday, August 14. Below, hear what the writer/director had to say in Park City at the film’s world premiere.

“I’m going to livestream this. Is that okay?” asked director Eugene Kotlyarenko, holding his phone up to his face as he started off his Q&A at the Egyptian Theatre on Wednesday night after the screening of Spree, his Sundance Film Festival debut.

The question is a loaded one after experiencing the film: a thriller centered on Kurt (Joe Keery), known by his handful of followers as @KurtsWorld96. A driver for the rideshare company Spree and a wannabe social media influencer, Kurt—desperate for the validation of followers and social media fame—begins murdering his passengers via livestream.

As his sinister plan, #TheLesson, unfolds and his growing ranks of perverse or misguided followers egg him on, he goes to increasingly violent ends to keep them engaged. When Kurt picks up a comedian, Jessie Adams (Sasheer Zamata), known for her catchphrase “All eyes on me!” and her vast social media following, their reflecting thirsts for fame and attention call their intentions into question and drive them deeper into the void.

The inspiration for the script came from a true story of an Uber driver who went on a killing spree. Kotlyarenko explained, “My co-writer, Gene McKugh, said, ‘We should [take] this horrible thing that happened and use it.’” As they contemplated how to approach the script, they knew they wanted to shoot the film primarily from the perspective of Kurt’s car dashcam, a vantage point that heightens the sense of claustrophobia and surveillance that courses through the film.

“And then, a few months later,” Kotlyarenko thought, “‘What if he’s thirsty for social media attention? What if it’s not like a documentation but like a livestream?’” From there, the script opened up. What originally was supposed to be a “minimalist idea for a movie” about the gig economy became “way more about the way we’re all kind of desperate and shaping our identity and our self-worth and value through social media, through attention. … And then it became bigger because when you talk about murder and attention, that’s like an epidemic in our country, so linking all of those things together felt very necessary.” To capture each of these elements, the film rotates between the cameras inside Kurt’s car, cell phone footage from bystanders, and surveillance cameras.

As Kurt gains followers, their comments appear on screen in real time. Kotylarenko elaborated: “We wrote 8,000 original comments, with original names, all timed out to the scenes.” The comments draw out both the humor and the perversity of Kurt’s agenda. As he was writing them, Kotylarenko asked himself, “What’s the funniest thing some guy could write at this moment? What’s the most perverse? What’s the most fucked-up thing someone could write at this moment?”

Often, he would open up Twitch, a livestreaming platform, in a second window in order to emulate the language, jargon, and timing of these viral comment threads. Some comments are impossible to process given the dizzying speed with which they begin to filter in, whereas others serve as the audience bystander, unsure why they’re watching. Yet others—the more perverse voices in the masses—drive the action and Kurt along his collision course.

In the middle of a response as the Q&A neared the end, Kotylarenko noted, “Low battery”—begging the question, “If it’s not being livestreamed, is it really happening at all?”

Editor’s note: This piece was originally published in January 2020 during the Sundance Film Festival.