Jude Law in ‘The Nest’: An Isolated Country Estate Is the Wrong Move for a Family on the Edge 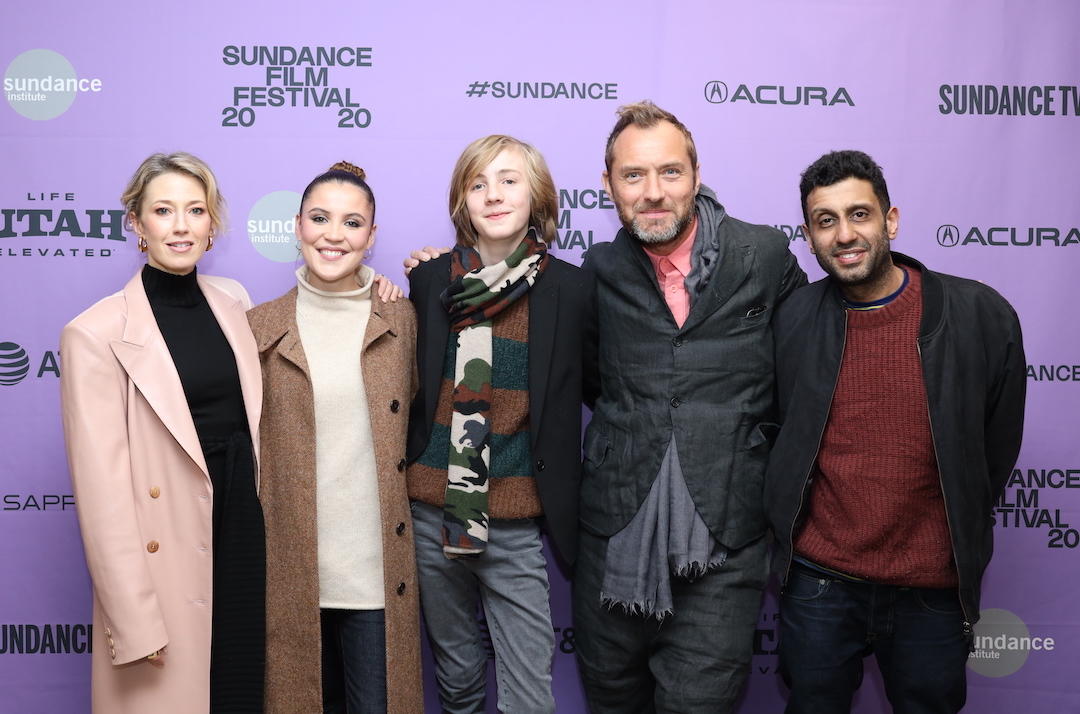 Sean Durkin, who won a Directing Award for his 2011 Sundance Film Festival film, Martha Marcy May Marlene, premiered his new ’80s-set movie The Nest Sunday night at the Eccles Theatre.

The audience was treated to a pre-film mini-concert by Richard Reed Parry, the film’s composer, who performed selections from the score on stand-up bass, accompanied on piano and clarinet. (Parry’s previous film scores include Boyhood and The Life of Walter Mitty.)

Brit Rory (Jude Law) and American wife Alison (Carrie Coon) and two children are happily ensconced near her family in New York, where she teaches horseback riding, until he tells her of an incredibly promising opportunity that has arisen for him back in London. Alison doesn’t love the idea of uprooting the kids and moving away from her family, but she goes along with it.

Durkin, who made his own disorienting move between England and the U.S. in the ’80s, said, “I wanted to explore what a move like that can do a marriage. You take everyone out of their routine and you change the scenery. Things bubble up.”

The enormous 17th-century country house Rory has rented in England is almost a character in the film. It helps win over the kids, as do the mink coat and beautiful horse he buys for Alison, but it’s far too big for them and their budget.

Rory is convinced he’s on the verge of the biggest deal of his life, but that enormous payday never seems to come. Alison’s growing weariness with Rory’s promises is compounded by the angst of their children, who aren’t settling in very well at their new schools—and everything comes to a head at a high-stakes business dinner.

When an audience member compared his character to Willy Loman, the sad-sack salesman from Arthur Miller’s Death of a Salesman, Law immediately seized upon the comparison. “That’s pretty cool. You’re going to see that quote a lot in my press tour: ‘I kind of see him as a modern Willy Loman.’ Thank you!’

Charlie Shotwell, who plays 10-year-old Benjamin, said, “I don’t know if the house is haunted in the movie, but it definitely was while filming it. It was definitely creepy. In old houses, sometimes doors just open on their own.”

“I always had the feeling the house had a sort of personality that started to haunt them,” added Law.

Within the film, Rory tells the family that “Led Zeppelin recorded an album here” in their new house. Durkin revealed he heard that line about a lot of houses while searching for the right location. Apparently a lot of British realtors or land agents are just as quick to spin a phony sales pitch as is Rory.