In ‘Mucho Mucho Amor,’ Get to Know the Fabulous TV Astrologer Who Was a Staple in Latinx Homes for 30 Years 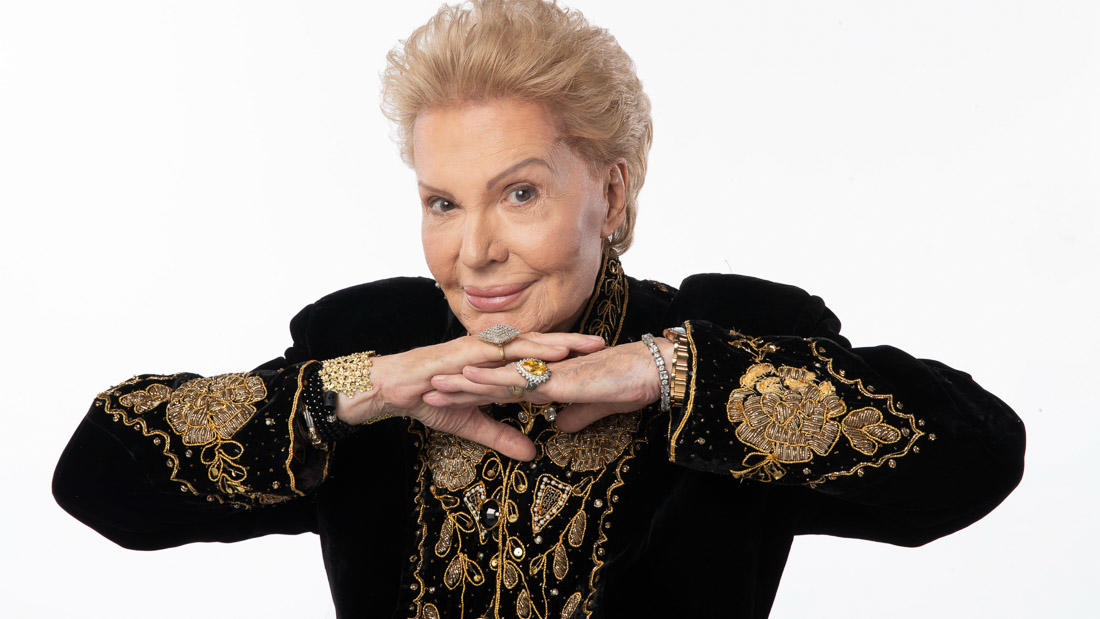 “For myself as a young queer person growing up in Miami, seeing Walter on TV living his life so valiantly, so unabashedly himself, gave me hope,” said Mucho Mucho Amor co-director Kareem Tabsch at a Sundance Film Festival screening of his new documentary. “I saw in him a sense of otherness and difference that I recognized in myself. And it was incredibly powerful. If my abuela, our family, our community, could love Walter as much as they did, then they could love me.”

Tabsch, co-director Cristina Costantini, and producer Alex Fumero all separately wanted to make a film about the gender-nonconforming psychic. As Tabsch explained, “We all grew up with Walter Mercado. He was a staple of our childhood, a staple of television in our home. We would all be shushed when he would come on, and he was unlike anyone we had ever seen.”

In ‘Some Kind of Heaven,’ a Young Filmmaker Cracks the Manicured Facade of the World’s Largest Retirement Community

With intricately embellished capes, over-the-top jewelry, the stage presence of a telenovela actor, and the flourishes of a dancer, Mercado would give daily horoscopes—but it was more than just entertainment. He never gave a negative horoscope, for starters, but he also imbued every communication with so much love and positivity that it filled audiences with hope, if only for a few moments while he talked about their specific sign, that tomorrow would be a better day.

At Mercado’s first meeting with the filmmakers, he said, “‘I would like to do the documentary, but first, you have to answer one question: What are your astrological signs?’” The two Libras and one Sagittarius then got to work.

As soon as they began filming, it became clear that Walter had not lost his flair. He would immediately play to the camera whenever it was turned on, and, Costantini said, they have hours and hours of footage of him voguing.

But getting to a deeper level with someone who had spent 50 years in front of the camera was a tall order. Even though Costantini, an investigative journalist, had interviewed drug kingpins and other hardened criminals, she said Mercado was her most difficult subject because of how media trained he is. He had decades’ worth of practiced answers and knew how to deflect any question with humor, including questions about his sexuality and romantic life, which he never revealed.

As they filmed, the story unexpectedly changed to one of the decline of a legend, as Mercado’s age and deteriorating health began to show (despite his constant reassurance that he was still a young man at heart). The perfect capstone to his life’s work, his final hurrah was the opening of a Miami museum exhibit honoring his legacy, where he was surrounded by adoring fans.

Tabsch is grateful that they got to know the many layers of the legendary man. “He was so vain, he really did love big shiny things, but he was also very humble. Even though he had this larger-than-life persona, you could walk up to him on the street and it was like you’ve known him your entire life. He made you feel like the most important person in the world.”

Costantini admired how Walter lived so authentically, which gave them all permission to do the same—even with seemingly superficial things like dressing however they want to. Fumero echoed that sentiment: “It’s this permission and encouragement to live our lives authentically, and to always lead with love and kindness.”