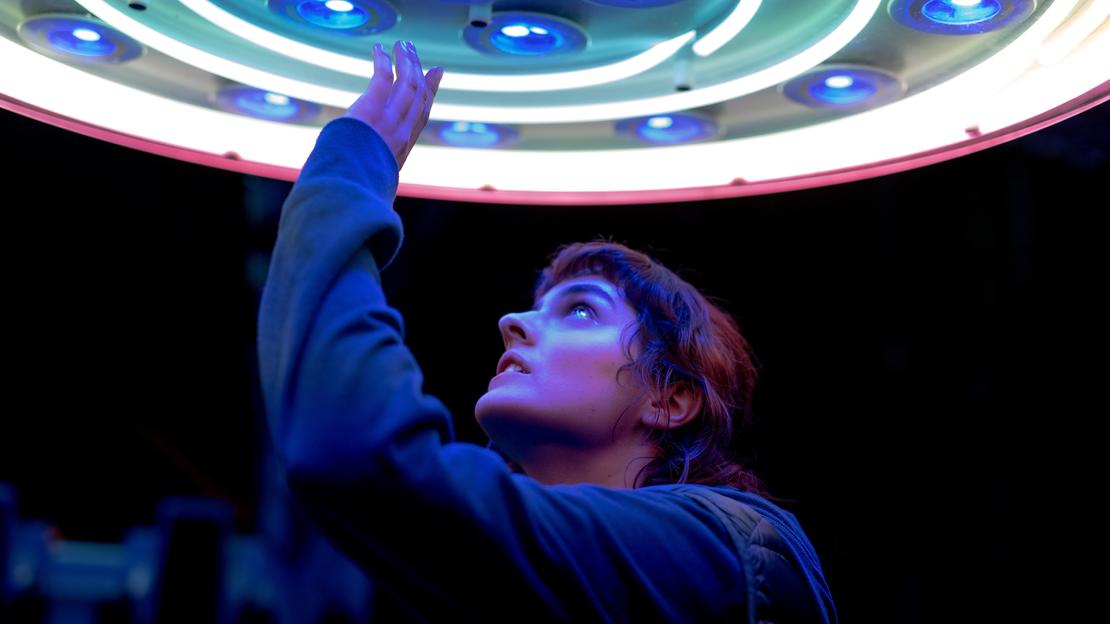 Jumbo is a love story—but the leading couple are not exactly what you’d expect. Jeanne is a shy, awkward amusement-park custodian who likes tinkering with machines and listening to her radio. Her love interest? The park’s new attraction, a tilt-a-whirl ride whom she affectionately calls Jumbo.

Writer/director Zoé Wittock explained at the premiere that the story is based off of a real one. “The true story is about a woman who married the Eiffel Tower,” she said. “I read an article about her, and thought she was kind of crazy at first, but then I was like, ‘Zoe, be more open-minded.’ I contacted her, and we started talking. She’s the most down-to-earth person.”

Wittock’s empathy and sensitivity light up the film, and we watch as Jeanne—played with perfect anxiety and insecurity by the supremely talented Noémie Merlant—navigates the tangled wires of love, youth, and sex in entirely familiar and relatable ways. The film glows with all of the magic and color of an amusement park.

When it came time for the Q&A, the audience was electric with questions. When asked how she chose which type of amusement-park ride would star in the title role, Wittock laughed. “That was one-year-long casting, to be honest. We looked for it everywhere in the world. I was looking at pictures, going on very geeky websites, not really finding the one that I wanted. Either they were very, very tall, and that would have made it impossible to shoot it and create that connection between the two, or I felt they were not exciting enough.”

But when they found the right ride, they knew. “The great thing about Jumbo,” Wittock said, referring to the ride they finally chose, “is that he can place himself over her, or you turn him around and he becomes a helping hand for her to lay on—kind of like King Kong’s hand, saving the girl from falling.”

Wittock spoke about Jumbo as if he were one of her actors—because, in a way, he was. “There’s actually three people maneuvering Jumbo as he’s moving. I kind of like to call them my ‘Jumbo actors.’ If they weren’t there responding to Noemie acting and sometimes improvising, the whole thing would fall apart. It took a lot of organization and choreography.”

And the choreography was worth it. Jeanne and Jumbo play off of each other perfectly, engaging in a romantic dance that will leave you dazzled. By the end of the film, it’s hard not to have a little crush on Jumbo yourself.