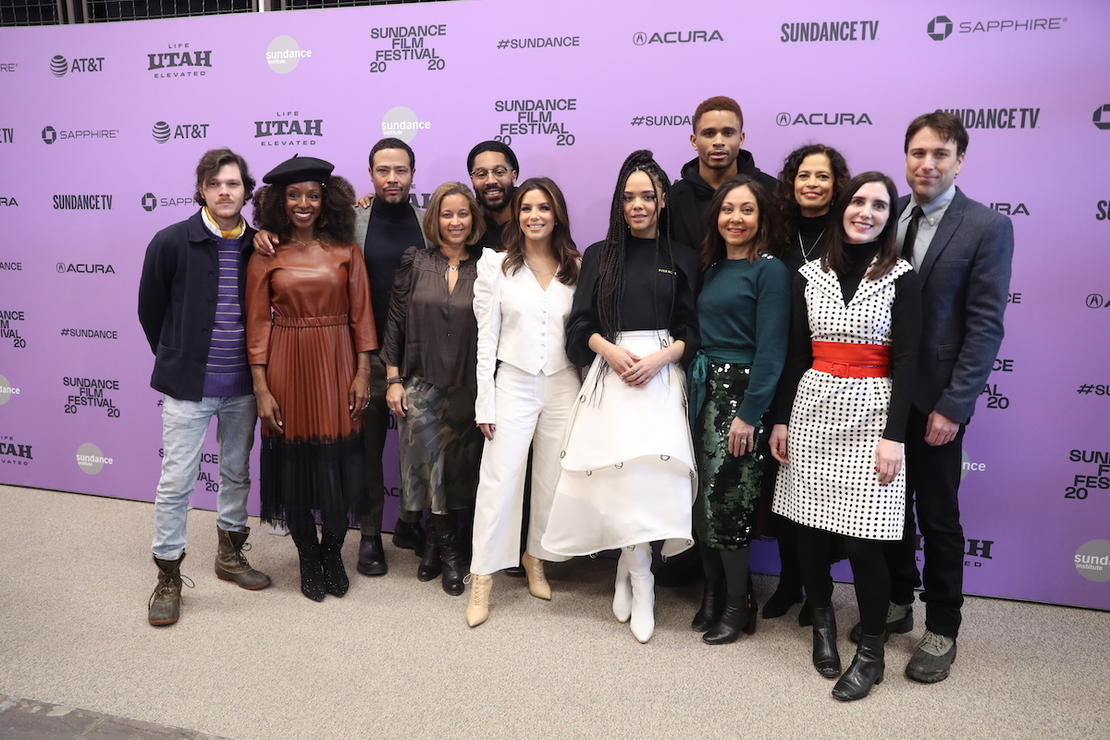 Getting a lush, classic look for jazz-infused period romance Sylvie’s Love—set in New York City in the ’50s and ’60s—was key for writer/director Eugene Ashe.

When an audience member told Ashe she felt like she just saw a new classic at the film’s premiere, he was thrilled. “We shot the entire thing in Los Angeles for New York, and we did a lot on the classic backlots,” he said. “The moment you step onto them, you get the sense of history. We really wanted to lean into that and just amp up the production value to have this classic feeling of a Hollywood romance.”

As Ashe described the film to lead actress Tessa Thompson, it was about making the kind of period film that should have been made at the height of the studio system but never was.

“When Eugene first told me the idea for making this film, he said, you could look at a very iconic photograph of black people from the time, from the ’50s. Maybe it’s a woman in a blue dress and her daughter is in front of her. And maybe there’s a sign that says, ‘For coloreds only.’ If you could zoom in on just the mother and daughter and ask about their life. Never mind about the sign, or what they can and cannot do because of the color of their skin, just how their day was; that’s what this film is about.”

The sumptuously photographed film (with a swoony soundtrack by Fabrice LeComte), feels like something Douglas Sirk—director of such classics as Magnificent Obsession and Imitation of Life—might have shot decades ago.

“I thought that was so exquisite and in a way, to rewrite the iconography of film,” said Thompson. “How many incredible love stories that center on black people would have been made if we were allowed to make them? We can just keep making these movies. We can rewrite history if we want to for us—or we can make new history.”

Before playing Sylvie’s love interest Robert, Nnamdi Asomugha spent a year and a half learning to play the saxophone, as co-star Thompson proudly pointed out.

He added, “Eugene made us watch, like, 300 films from way back so we could really get the characters down.”

Ashe explained why he wanted the cast immersed in films from the time period: “It always takes me out of the moment when I see a period piece and someone is like, ‘Yeah, my bad.’ That wasn’t being said in 1962. So the mannerisms and the way they were carrying themselves… I thought they did a terrific job.”