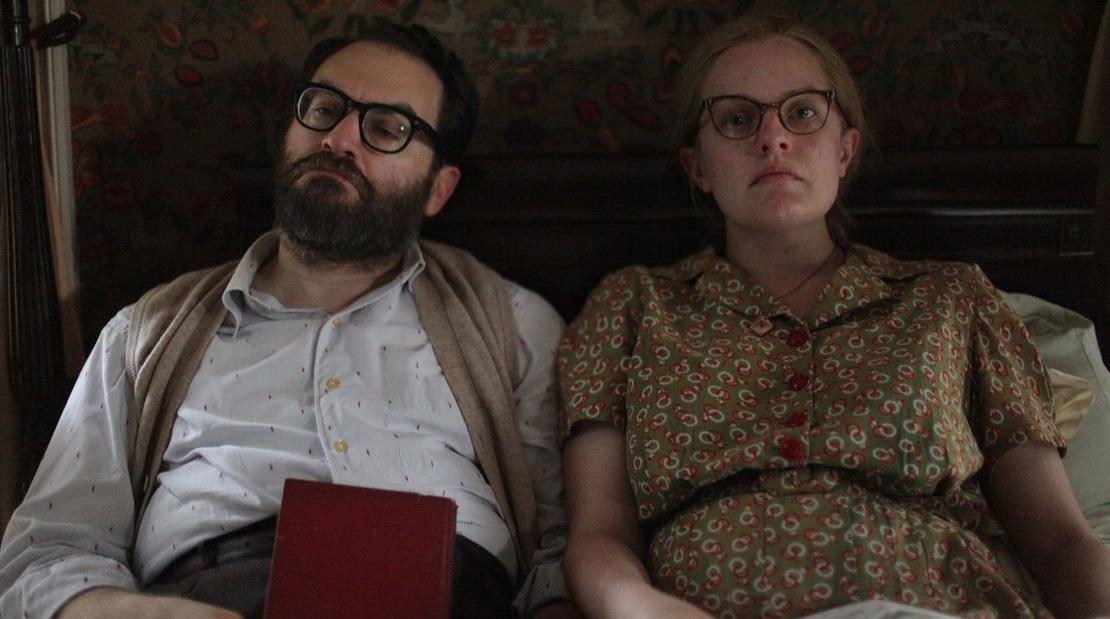 This post was originally published after Josephine Decker’s film Shirley premiered at the 2020 Sundance Film Festival. The project arrived on Hulu on June 5.

“I thought it might be a nice thing to start the film off with a round of applause for the real Shirley Jackson, who’s a fucking badass,” announced director Josephine Decker at the premiere of her new film Shirley, which stars Elisabeth Moss as the author of such disturbing literary classics as The Lottery and The Haunting of Hill House.

The film is based on Susan Scarf Merrell’s novel, in which a pair of young newlyweds come to live with Jackson and her professor husband, Stanley Hayman (Michael Stuhlbarg), completely unaware of the Who’s Afraid of Virginia Woolf?–style psychodrama they’re stepping into.

While ambitious Fred (Logan Lerman) serves as an apprentice to Stanley, his wife Rose (Odessa Young) is pressured into giving up her own academic ambitions and becoming housekeeper and companion to the depressed Shirley. The two women develop an increasingly intense relationship as Shirley draws inspiration from Rose for the character of her new novel, a real student whose missing posters are all over town.

For Decker, whose acclaimed Madeline’s Madeline debuted at the Sundance Film Festival two years ago, this is the first film she didn’t write herself. She sang the praises of her collaborators, the “very genius” screenwriter Sarah Grubbins and producer Susan Neagle: “I got to come on board and fall in love with the world that they created,” she said.

She also thanked producer Killer Films for “letting this movie be a little bit wild.” How wild? When she told the film’s sound designer to “go to town,” he did. “I wasn’t sure I went to the right town,” he said at the Q&A, but Decker told him, “Go farther!”

The film’s composer, Tamar-kali, also had free rein to “really go there and just be in a room by myself doing all those crazy vocals.”

Decker said the sound design for the film was especially important. “It’s tracking what’s going on in Shirley’s head. Sound is such an important part of that. I feel like sound—for my films, at least—can tell the story in ways that the visuals are catching up to.”

Moss said that the ever-changing relationship between Rose and Shirley “explored all the possible ways that you can have a female relationship.”

Decker referenced a key scene where Shirley dares Rose to eat a poisonous death skull mushroom: “Sarah had written such a great complex relationship. I felt like that scene really gets their dynamic—how you can transform someone in a moment in a way, open someone’s mind. That was the heart of the film: this potentially dangerous, potentially edible relationship between these women.”