‘Dick Johnson Is Dead’: A Documentarian Mourns Her Father While He’s Still Alive 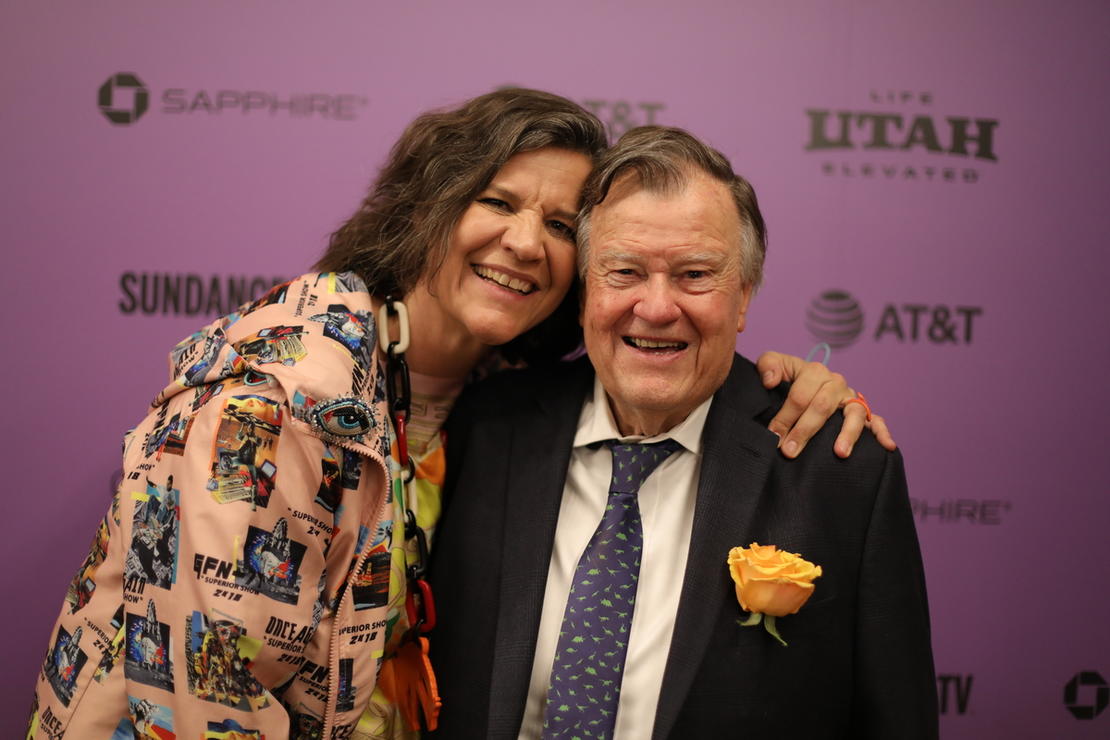 In her third feature-length documentary, Kirsten Johnson films her father, Dick Johnson, dying over and over again in ridiculously comical setups. The truth is, he is dying … eventually. Although her father is suffering from dementia and could be gone any day, he is—spoiler alert!—still among the living.

At a screening at the Egyptian Theatre on Friday, Johnson admitted, “This is actually a little bit emotional for me, because for all the past screenings at Sundance, my father was here to walk down the aisle. He just flew home to New York, so sorry I can’t share with you the experience of a live Dick Johnson. It’s been pretty exceptional having him here at the Festival, because he has no idea where he is. But then every time he watched the movie, he was like, ‘Oh, this is why we’re here!'”

Along with staging several fake deaths (with several obliging stuntmen) in the film, Johnson also sets up elaborate tableaux where her father is in heaven, either eating chocolate or popcorn or hanging with his favorite celebrities, including Bruce Lee and Frida Kahlo.

So it’s not that surprising that, while at the Festival, his answer to “Where are we?” was “I’m in heaven.” Another sweet answer—for he is an infallibly sweet and easygoing man: “We’re right where we want to be.”

One of the most moving scenes in the film is Dick’s funeral, held at the Seventh Day Adventist Church where Kirsten and her brother were raised.

Somewhat surprisingly, everyone—except Kirsten’s brother—was happy to go along with the charade of a “pre-funeral.”

“My brother told me, ‘Over my dead body, you’re putting dad in a casket in front of everyone.’ My original conception was that we would put him in a casket and we would do this funeral so that everyone would know that we were doing something false and real at the same time. But of course, it was a terrible idea, because he would have been popping in and out of the casket through the whole thing.”

Instead, Johnson hit on the solution: “We realized if we did it with VFX in post-production, shoot the casket the day before and then do the funeral without my dad, the people there would feel his absence. He was up in the balcony listening to the ceremony on headphones. There was one scene I wanted to keep in the movie. I went up there and he was listening to the service and he was crying. And I said, ‘I know, it’s really hard, Dad.’ ‘And he said, ‘Oh God, I miss that guy. He was so great.'”

Johnson’s editor wanted the audience to know that the coffin had been green-screened in, while she didn’t think it was necessary. They compromised by having the casket “flick on and off and then fade away. … This idea of flicking the casket on and off was like my kids are flicking the lights on and off [in an earlier scene in the movie]. Sometimes death flicks on and off or sometimes people just fade away.”

An audience member said she hopes the idea of “pre-funerals” catches on. “If this starts a movement of funerals while people are still alive, I’m all for it,” Johnson said, adding, “It really was great to do the funeral and have him be there. But the following Monday I woke up super depressed. I realized, ‘Oh, I kind of thought if we did the funeral, he wouldn’t have to die.”

Although the film is finished (and will premiere soon on Netflix), Johnson had to be told when to stop. “The original pitch of this film was, I’m going to kill my father over and over until he really dies. And then Netflix and the producers were like, ‘I think you have a movie here. You don’t have to keep going.’ But I think I’m going to keep filming my father until he really dies, so this film has stopped for now, but I think it’s alive and it’s going to shift into the future and we’ll all keep the dialogue going.”