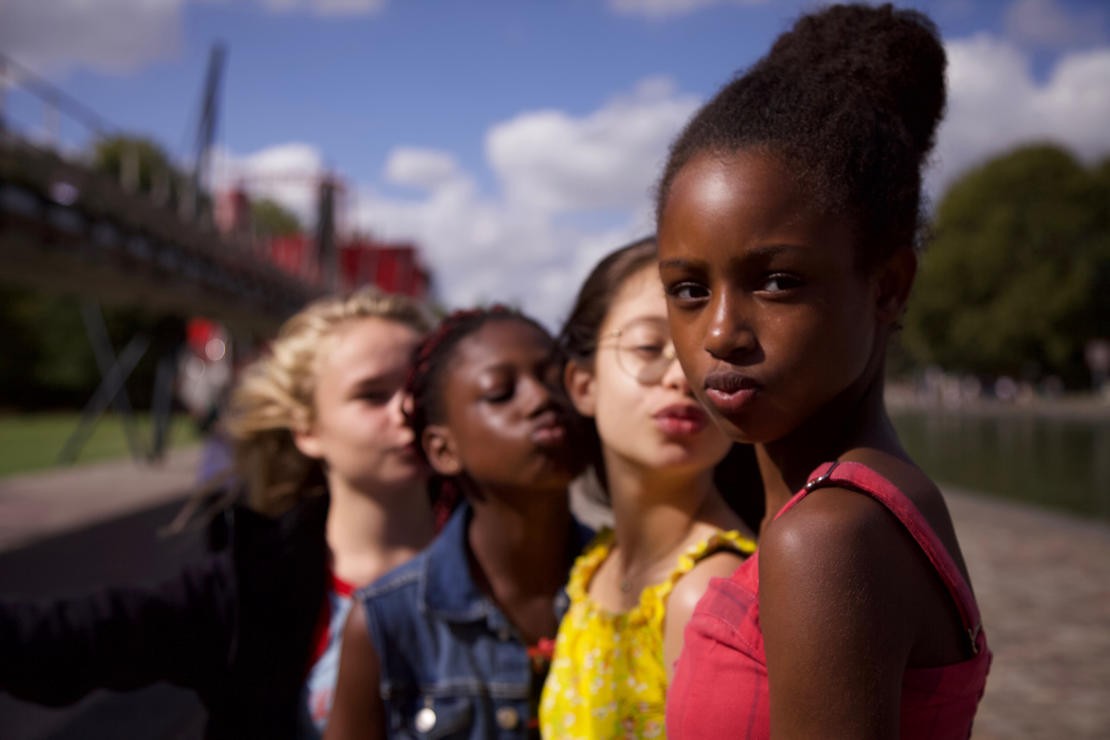 “I wish during the next hour and a half that each one of you will become an 11-year-old little girl,” Maïmouna Doucouré told the audience assembled at the Egyptian Theatre on opening night of the 2020 Sundance Film Festival, before the curtain rose on her debut feature, Cuties.

Mission accomplished. Equal parts disturbing and joyous—just like being an 11-year-old girl, if my fairly distant recollections can be trusted—the French writer/director’s coming-of-age tale follows Amy, the daughter of Senegalese immigrants living in a Paris housing project, as she deals with the highs and lows of reaching that “not a girl, not yet a woman” age range.

Where the highs are concerned, for Amy, there’s nothing more satisfying than earning the begrudging acceptance and eventual respect of the Cuties, a group of rambunctious preteens who rule Amy’s new school, clad in short skirts, heavy lip gloss, and rainbow hair extensions. The girls spend their largely unsupervised after-school hours practicing age-inappropriate dance routines with a joie de vivre that’s infectious.

The story is personal, although not autobiographical, Doucouré notes. A few years ago, while visiting the neighborhood where she grew up, she came across a scene she found a bit shocking: “I grew up in the 19th district of Paris, a poor neighborhood—it was a neighborhood gathering where there were a lot of shows. In a moment, a group of dancers come on the stage and dance. It was very fascinating but at the same time very disturbing because they were only 11 years old, but they were dancing with a very sensual dance, wearing clothes that were very short.”

In the audience at that dance performance, Doucouré noticed parents of African descent, some dressed in veils, watching their children on stage, and it reminded her of the way she often felt pulled between her Senegalese origins and the Western culture she grew up surrounded by at that age. She spent the next year interviewing these young dancers and trying to get a sense of whether they fully understood the sexual nature of the routines they were performing.

In addition to being based on that experience, Cuties also draws a central plot point from Maman(s), Doucouré’s debut short about a young girl coming to terms with her father’s decision to travel to Senegal to bring back a second wife (just like Doucouré’s own father had done when she was a girl). Maman(s) played the 2015 Sundance Film Festival, where it won the International Fiction Short Film Jury Award; her script for Cuties won the Festival’s Global Filmmaking Award in 2017.

“About my parents—they haven’t seen the movie yet,” the director said with a laugh as the Q&A drew to a close.