Bryan Fogel Returns to the Festival with ‘The Dissident’ 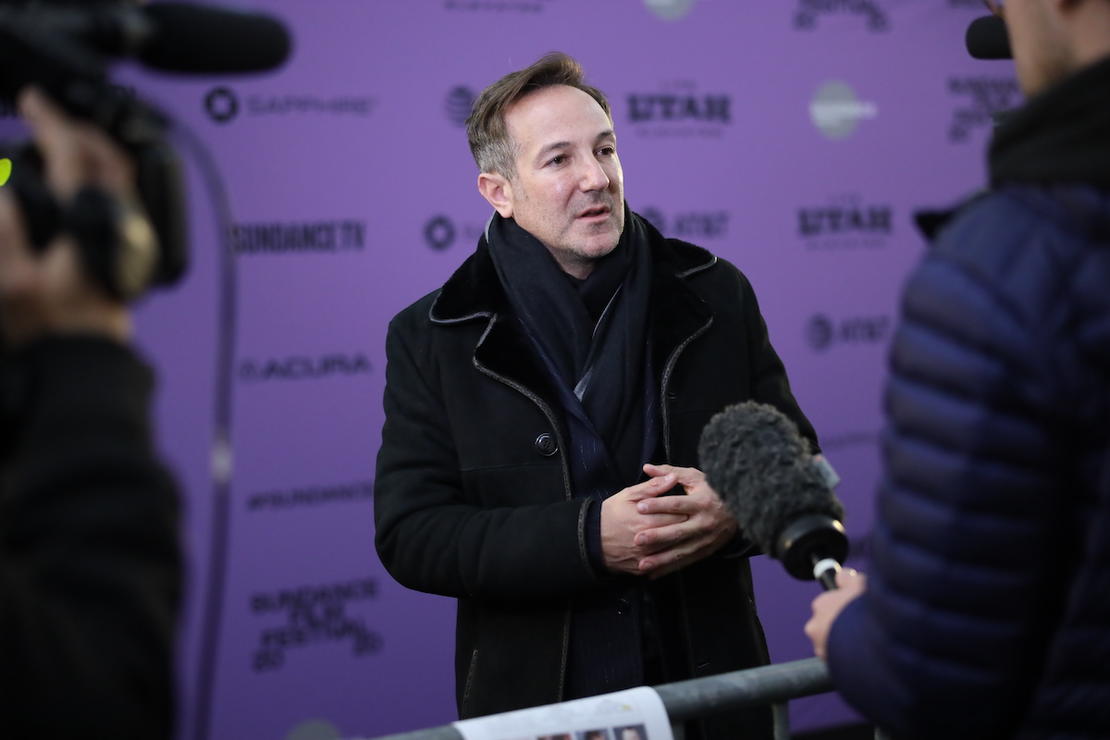 During a Q&A at this year’s Fest, he told the audience why he decided to make a film about Khashoggi. “On October 18, Saudi Arabia admitted to murdering Jamal. I turned to my fiancée and said, ‘This is the next movie I want to make.’ I felt a responsibility to continue making films that would have a social impact not just in the world of cinema but in the world of journalism and human rights.”

The Dissident follows Khashoggi’s friend and colleague, Omar Abdulaziz, a Saudi exile in Canada; and Khashoggi’s fiancée, Hatice Cengiz, as she argues for justice in front of the United Nations.

“This story had all the elements,” Fogel said. “It had a journalist who had been killed for speaking out against his government, it had a social media component with a country interfering in freedom of speech, it had a dissident in Canada who could be the next Jamal, who’s willing to risk everything—who’s still risking everything—for freedom of speech.”

The first challenge was to gain the trust of the Turkish government, which took several months. Not only did officials agree to provide information and appear in the film, they gave the filmmakers a copy of the transcript of the audio of Khashoggi’s grisly killing.

“Besides U.S., British, and French intelligence, we’re the only people in the world who have that transcript,” Fogel said. “That was a tremendous leap of faith for the Turkish government to give us that. Then it was a challenge to figure out how to bring that to life, but not in any sort of reenactment. [We decided to] simply make it become its own character. That was very important to us because those are the words. That is what happened. Thirty-three pages of it, which is just shocking.”

Convincing Abdulaziz, who’s as much of a target as Khashoggi, to commit to the film, also took time. “[At first], every time we shot with him, we would leave a pile of camera cards because we wanted to build that trust,” said Fogel.” We didn’t know at the point if he was actually going to participate in the film. About three months after working with him, he gave us all the camera cards back and said, ‘OK, let’s go.’”

Co-writer Mark Mark Monroe shared, “The story’s incredible. The confluence of events, the fact that Jamal was working with this young dissident in secret and, at the same time, trying to marry this woman.”

Monroe added, “The whole structure of the film was set around that. We called it ‘the perfect storm.’ We thought, if we do this right, we’ll have this flow back and forth from the investigation and the backstory and dropping just the information we need to know before that summer, it will be unbelievable. Just working on it, I can feel the hair on the back of my neck standing up because it was so crazy, just the fact that it happened that way.”

When asked if he fears for his own safety after making this film, Fogel admitted, “Of course it weighs on me a little bit. How couldn’t it? So far I’m OK.”

He then went on, “But on the other hand, the New York Times just did a story about how Putin comes after his enemies 10 or 15 years later. So it’s only been two right now. Sucks that I’ve got another 8 to go. I have this strange nightmare that Putin calls Mohammed bin Salman and goes, ‘Hey buddy, this American filmmaker, he’s causing us lots of problems. You know, look, maybe we do something.’ Hopefully, the United States will protect me under this wonderful administration.”