‘Brittany Runs a Marathon’: “This Is About a Woman Falling in Love with Herself” 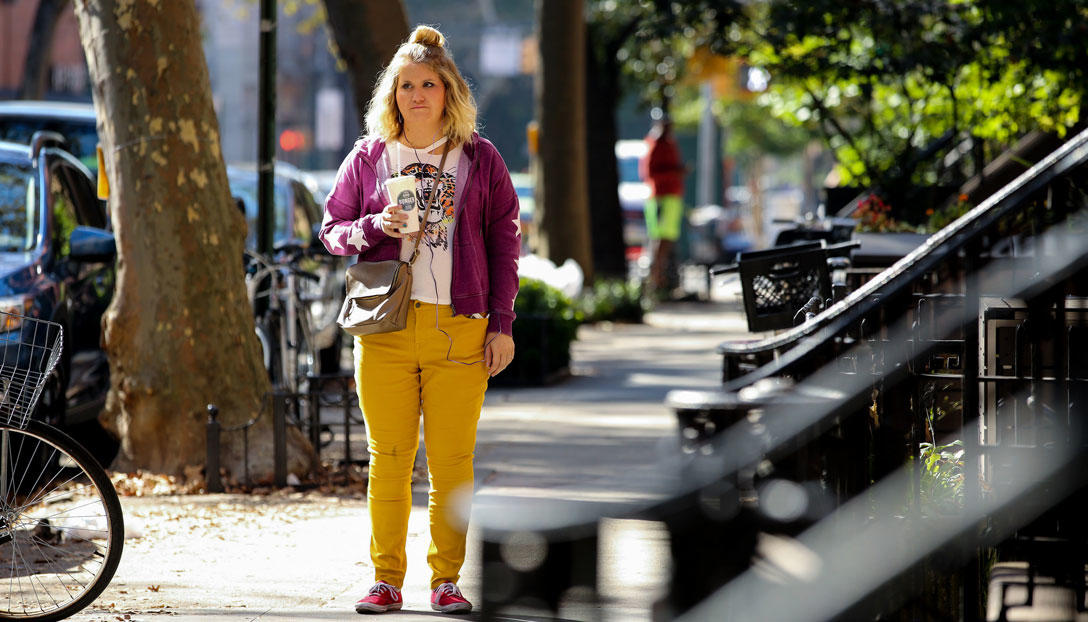 Writer-director Paul Downs Colaizzo calls his inspirational feature film debut Brittany Runs a Marathon “a love letter to my best friend.” He says he based the script on his pal of the same name, after becoming inspired by her journey as a New Yorker in her late 20s to overcome bad habits and establish some balance in her life and believing that her story needed to be shown with dignity on the big screen. The comedy has emerged as one of the bona-fide crowd pleasers of Sundance 2019 and global rights were snapped up by Amazon for $14 million.

The titular heroine (played vividly by Jillian Bell, Workaholics) is a hard-living, overweight young woman who realizes she’s abandoned her dreams. She moved to Manhattan from Philadelphia to work in public relations but is now barely able to pay rent with her salary from taking tickets at a small off-Broadway theater. When a doctor hands her a health diagnosis that her liver is in trouble and her body mass index is way too high, Brittany teams with a pair of friends (Michaela Watkins, Micah Scott) to get in shape to run the New York marathon and maybe even embark on a romance with her roommate (Utkarsh Ambudkar).

During the Q&A, Downs Colaizzo told the audience he wanted Brittany’s story to be relatable to everyone, adding that he saw parallels with his own life. “She’s our everyman,” he said. “I grew up gay in Georgia in a Roman-Catholic family so there was a lot of me figuring out how to tell myself I was OK. I could see that parallel in Brittany’s journey so that was my in to exploring this.”

Downs Colaizzo’s script continuously defies standard rom-com conventions, which was his goal. “This is about a woman falling in love with herself,” he said. “That’s the real romantic-comedy we’re telling here. That’s the happy ending.”

“The best thing that happened to this film was getting rejected from Sundance last year,” said director Luke Lorentzen about his project Midnight Family.

Senior programmer David Courier explained that, though obviously sometimes a film is rejected simply because it’s bad, other times it’s because it has so much potential and “we’re dying for this film to be the perfect realization of itself, and that was the case with this one.” He called the documentary a literal wild ride, as it follows high-speed ambulance rides in the streets of Mexico City.

In Mexico’s capital city, the government provides only 45 ambulances for a population of more than nine million people—which has given rise to a burgeoning underground industry. The film follows a private ambulance run by the Ochoa family as they race to be the first on the scene each night for a chance at earning a living.

The competition is fierce, making for some nail-biting races in crowded streets. But even if they get to the scene first, the Ochoas have absolutely no guarantee that they will be paid once they provide treatment. They rely on the honor of their patients to come through with payment for their services if they don’t have insurance, which is often, but most of the time their patients cannot afford it or simply refuse to pay. The Ochoas estimate that they get paid only about 30 percent of the time. And adding even more complications are corrupt police who demand bribes, forcing the family into a situation where they are not always putting the interests of their patients first, sometimes when the stakes are life or death.

Lorentzen said that the moral ambiguity drove his dedication to this project. “There were nights when I was with the Ochoas when I was so grateful they had arrived and saved a baby’s life. And then there were nights where I was just haunted for days by what had happened. And it took lots and lots of time to create a context and a world in the film that made it possible to show everything they do and not sugarcoat it but to keep them as empathetic, hardworking people. It’s a broken, horrible system and it’s put on the shoulders of people who can’t hold it up.”