Now Streaming: ‘Boys State’ Offers Up Political Hope in the Form of a Texas-Sized Youth Election 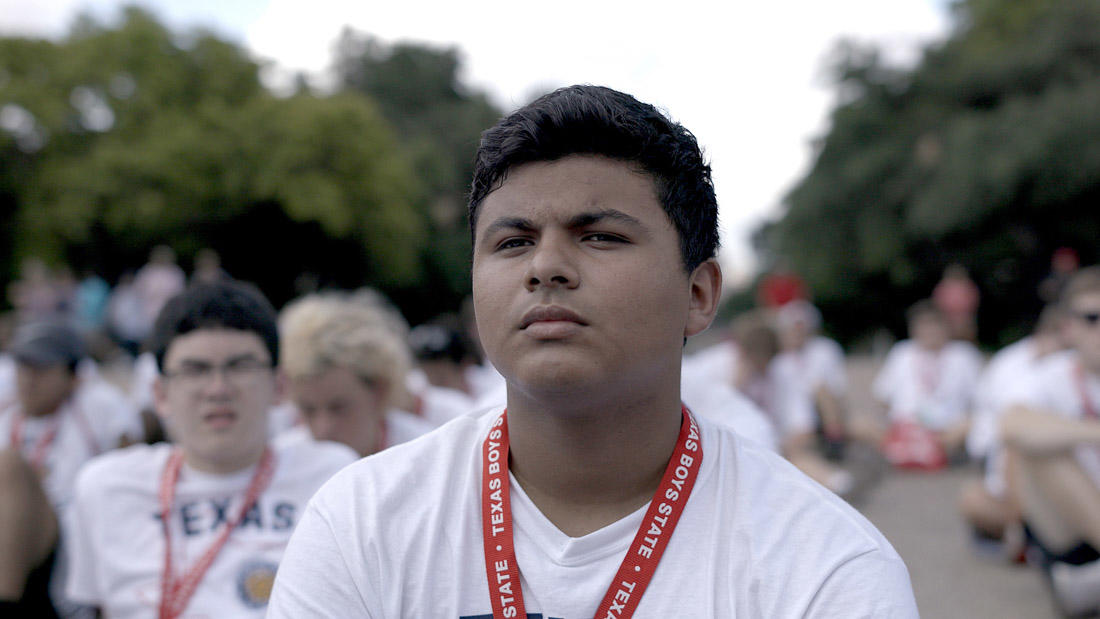 In their compelling (and incredibly timely) new documentary that lays bare some fundamental truths about the flawed nature of our two-party political system, husband-and-wife filmmaking team Jesse Moss and Amanda McBaine follow four would-be candidates with vastly different backgrounds and political views as they seek to sway the outcome of a very important upcoming election.

“We’re gonna do shock and awe,” Ben Feinstein says with a grin. “It’s gonna be awesome.”

But in Boys State, we’re not talking about business as usual in Washington, DC, or the upcoming presidential election: The candidates in question are all 17 years old, and they’re running for office on platforms that are a bit out there, to put it mildly (you know, like arming the nation against UFOs and banning Priuses from the state of Texas). “If you say something with enough conviction, people believe it,” reflects one young statesman in an aside with the film’s camera crew. Welcome to Boys State in Austin, Texas.

For those unacquainted with the American Legion’s long-running summer youth leadership program, Boys State (along with its sister program, Girls State) entails bringing together a thousand high school students from the same state and having them govern themselves over the course of a week, ultimately electing their own governor after being divided arbitrarily into two political parties. As you might expect, as soon as the campaigning begins, factions begin to form à la Lord of the Flies.

“It was rough, it was wild, and we had very little time to do it,” Moss said at the film’s premiere at the 2020 Sundance Film Festival, noting that their crew shot the film in just one week during the peak of one very hot Texas summer. The pair didn’t really know what kind of footage they’d get, so they sent seven camera crews to rove through the Boys State campus and capture as much as they could.

“By the end of the week, kids had not slept very much, and so they were very raw and very tired, so what you see is real and intense,” McBaine added. “I think I was amazed that they were still all so articulate, and they surprised us hourly.”

Slowly, the film’s main characters begin to emerge. There’s Ben Feinstein, the scheming, hyper-strategic spin doctor who will do anything to get his candidate elected; Rene Otero, a gifted orator who has since become the first black student to win the National Speech & Debate Association’s National Tournament; and Robert MacDougall, who plays the role of a fratty good ol’ boy with aplomb—even though in the film’s confessional-style asides, he admits that he doesn’t believe 99 percent of the campaign platforms he’s running on.

“My stance on abortion would not line up well with the guys out there at all, so I chose to pick a new stance,” MacDougall (now enrolled at West Point) tells the camera crew during a private moment, after giving an impassioned anti-abortion speech. “That’s politics,” he adds, before skipping a beat—“I think.”

Amid all of the political games and intrigue, however, one student politician stands firm as the moral compass and heart of Boys State. Steven Garza—a candidate who begins as an outsider but emerges as a force to be reckoned with—insists on running a clean campaign, ultimately earning the respect of his fellow legislators.

“[I ran my campaign] the way I wanted to, and I think you guys liked it,” he told a cheering audience at the Library Theatre, before adding that he plans on running for office someday. “For now, though, I’m just trying to take it a day at a time and make sure I pass my classes,” he said with a laugh.

Ed. note: This story was originally published in January 2020.