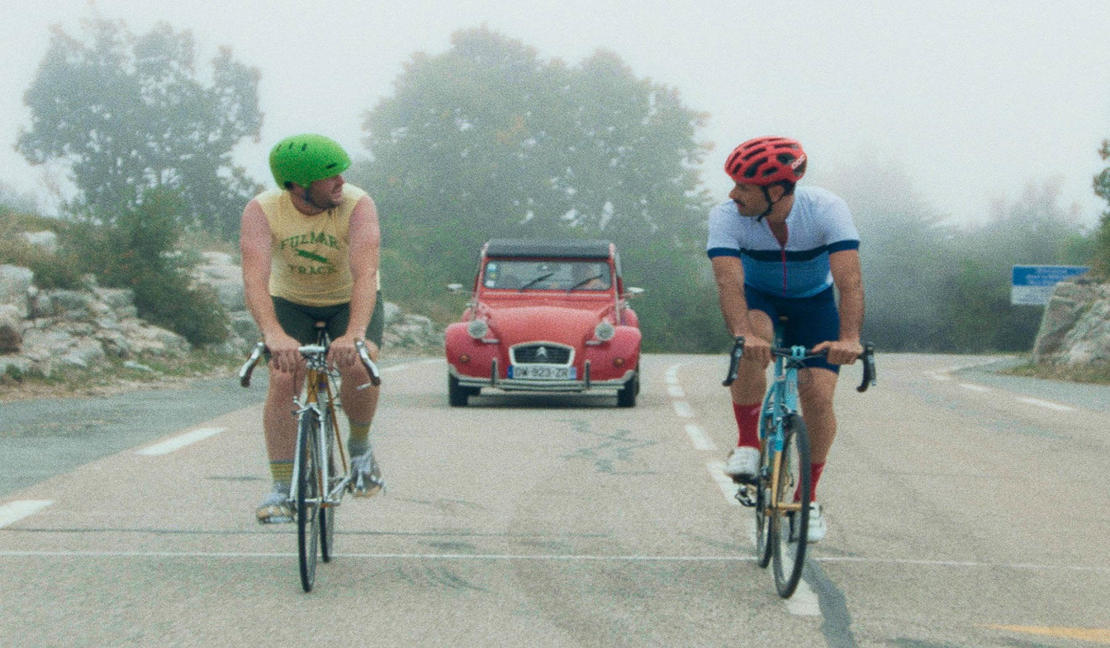 PARK CITY, UTAH — Sundance Institute today announced a first-of-its-kind collaboration with Sony Pictures Classics and Trafalgar Releasing: on January 26, the Utah premiere of The Climb, screening in the Spotlight category of the 2020 Sundance Film Festival, will be simulcast across ten cinemas across the U.S., with the following Q&A simulcast live from The Ray Theatre in Park City, enabling independent film fans in markets nationwide to participate in the buzz of Festival from afar.

The Climb, directed by Michael Angelo Covino and written by Covino and Kyle Marvin, is based on Covino’s short film of the same name, which premiered at the 2018 Sundance Film Festival. The feature-length expansion is the story of Kyle and Mike, best friends who share a close bond—until Mike sleeps with Kyle’s fiancée. A portrait of a tumultuous but enduring relationship between two men across many years of laughter, heartbreak, and rage, The Climb won the Coup de Coeur Prize after its premiere in the Un Certain Regard section of the 2019 Cannes Film Festival, and also screened at the Telluride Film Festival and Toronto International Film Festival. More information on the film is available here, and the film’s trailer is available here.

“We’re thrilled to co-create this innovative approach to amplify this remarkable film,” said John Cooper, Director of the Sundance Film Festival. “We’ve followed The Climb from as the filmmakers evolved it from Sundance short to Cannes premiere, and are excited to share the live excitement of a Sundance Film Festival screening with a broader audience, in real time.”

“This pilot program is one of many ways Sundance Institute is exploring new ideas to showcase bold, independent work beyond the traditional bounds of our Festival,” said Keri Putnam, the Institute’s Executive Director. “Collaborations like this the underline Sundance’s mission of supporting independent artists and introducing audiences to new work as technology and culture evolve.”

“Going to Sundance to watch movies is a truly unique and special experience,” said Covino and Marvin. “We’re beyond excited that people around the country will be able to share in that experience without the altitude. We’re grateful that Sundance thought of us for this innovative approach to how a festival can be experienced.”

Sony Pictures Classics Co-Presidents Michael Barker and Tom Bernard said, “Sundance has always been at the forefront of introducing new cinema and artists to audiences, and we are excited for this unique partnership to share The Climb and the festival experience live with fans across the country. Michael Angelo Covino’s journey with The Climb began as a short at the 2018 Sundance Film Festival, and it feels natural to come full circle with this special event in Park City.”

Kymberli Frueh, SVP Programming and Acquisitions for Trafalgar Releasing has added: “Trafalgar Releasing is delighted to collaborate with Sundance Institute and Sony Pictures Classics on this Sundance Film Festival first, presenting The Climb and live Q&A to audiences in select cinemas across the U.S. allowing more people than ever to experience this iconic festival.”

Tickets are on sale now. Sony Pictures Classics will release The Climb in Los Angeles and New York on March 20, 2020, followed by a national rollout.

– The Atlantic, IndieWire, Los Angeles Times, The New York Times, Variety, The Wall Street Journal. Sundance Institute recognizes critical support from the State of Utah as Festival Host State. The support of these organizations helps offset the Festival’s costs and sustain the Institute’s year-round programs for independent artists. Look for the Official Partner seal at their venues at the Festival. sundance.org/festival

Headquartered in London, the company also has offices in New York, Los Angeles and Denver. More information about Trafalgar Releasing can be found at www.Trafalgar-Releasing.com.