What to Watch at the 2022 Festival: 40 Short Films Celebrating Our 40th Anniversary

A still from Shimásání by Blackhorse Lowe.

In 1961, while on a cross-country motorcycle trip, Robert Redford fell in love with the wildness of Provo Canyon and the magic of Mount Timpanogos. He went on to purchase land in the area, and 20 years later, he assembled a gathering of colleagues and friends to establish the Sundance Institute, with the intention to foster independence, risk-taking, and new voices in filmmaking.

Fast-forward four decades and our Institute continues to uphold that mission, introducing a global audience to groundbreaking work and emerging talent in independent film. In celebration of our 40th anniversary, this year’s Festival will include a special 40th Anniversary Short Film Program.

Spanning from 1985 to 2021, these 40 short films showcase the deep history of our Short Film Program over the decades, supporting fresh voices and adventurous styles from around the world. These 40 shorts are screening in addition to more than 50 shorts featured in our regular Short Film Program, which you also do not want to miss! 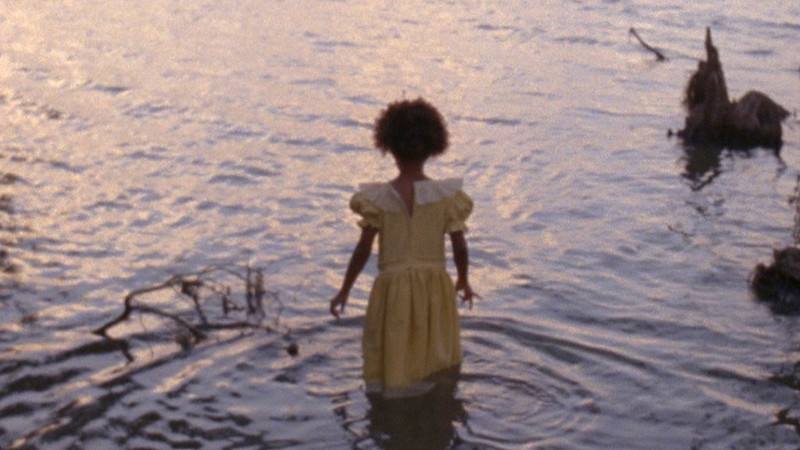 575 Castro St. (Director: Jenni Olson) — Set to the original audio cassette recorded by Harvey Milk in November 1977 to be played “in the event of my death by assassination.” United States, nonfiction, color, 7 min., 2009

All Water Has a Perfect Memory (Director: Natalia Almada) — A poignant, experimental documentary that explores the effects of tragedy and remembrance on a bicultural family. United States/Mexico, nonfiction, color, 19 min., 2001

Alone (Director: Garrett Bradley, Producers: Lauren Domino, Dolly Turner) — An investigation into the layers of mass incarceration and its shaping of the modern Black American family, seen through the eyes of a single mother in New Orleans. United States, nonfiction, b/w, 13 min., 2017 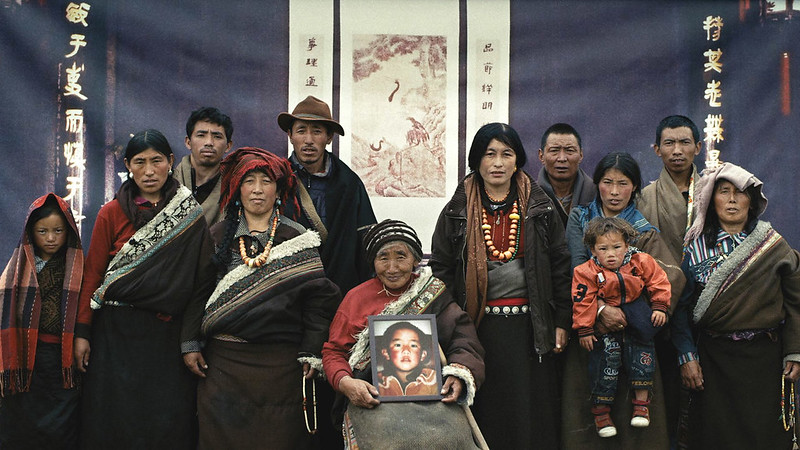 A still from Butter Lamp by Hu Wei.

Charlie and the Rabbit (Directors and Producers: Rodrigo Ojeda-Beck, Robert Machoian.) — Charlie, a 4-year-old who loves Bugs Bunny, decides to hunt a rabbit of his own. United States, fiction, color, 10 min., 2010

Counterfeit Kunkoo (Director: Reema Sengupta, Producers: Kunal Punjabi, Surekha Sengupta) — Smita discovers a strange prerequisite to renting a home in middle-class Mumbai, a city that houses millions. She would make an ideal tenant, except for one glaring flaw — she is an Indian woman without a husband. India, fiction, color, 15 min., 2017 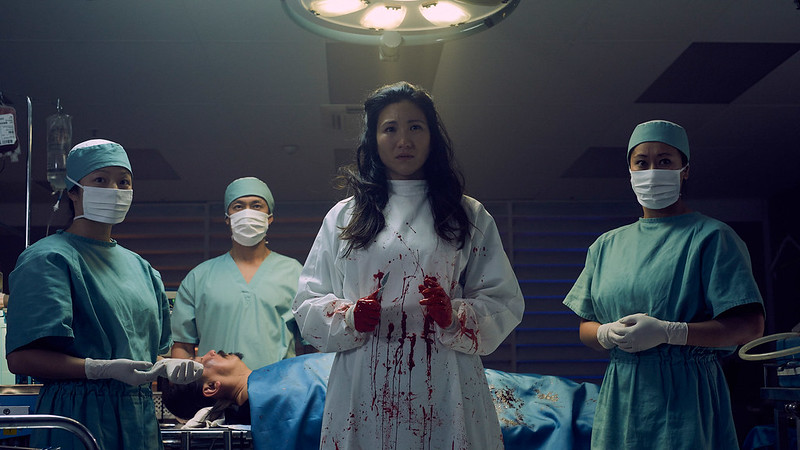 A still from Do No Harm by Roseanne Liang.

For Nonna Anna (Director and Producer: Luis De Filippis, Producers: Lucah Rosenberg, Lee Nava Rastegar) — A trans girl caring for her Italian grandmother assumes that her nonna disapproves of her. Instead, she discovers a tender bond in their shared vulnerability. Canada, fiction, color, 14 min., 2017 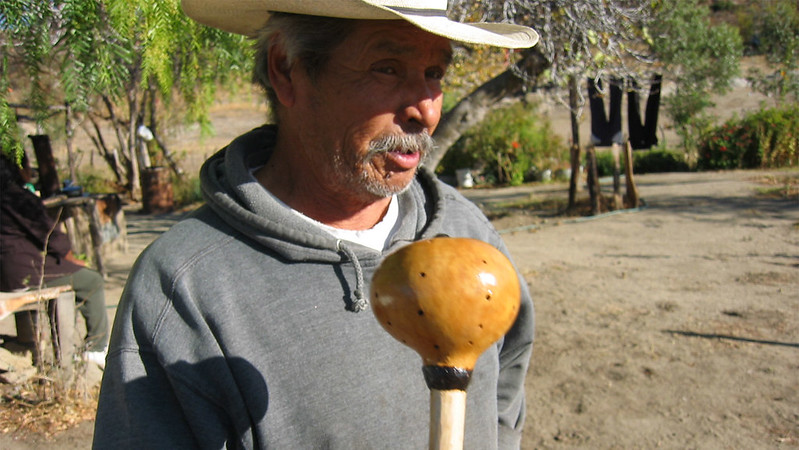 A still from Gesture Down (I Don’t Sing) by Cedar Sherbert.

Mobilize (Director: Caroline Monnet, Producer: Anita Lee) — Guided expertly by those who live on the land and are driven by the pulse of the natural world, this story takes us on an exhilarating journey from the far north to the urban south. Canada, nonfiction, color, 4 min., 2015

More Than Two Hours (Director: Ali Asgari, Producer: Sasan Salour) — A boy and girl wander the city at 3 a.m. looking for a hospital to cure the girl, but it’s much harder to find one than they thought. Iran, fiction, color, 15 min., 2013 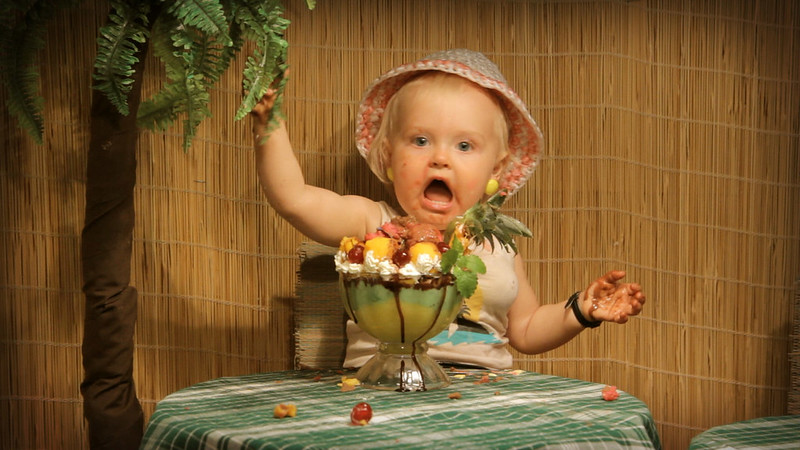 A still from Las Palmas by Johannes Nyholm.

Las Palmas (Director and Producer: Johannes Nyholm, Producer: Joclo) — A middle-aged woman on a holiday in the sun tries to make new friends and have a good time. Sweden, fiction, color, 13 min., 2011

Primavera (Director: Claudia Castillo, Producers: Henner Hofmann, Karla Bukantz) — Elba is an introverted and lonely teenager living with her mostly absent mother and her older sister, with whom she has an ambivalent relationship. When her sister decides to run away from home, Elba attends the goodbye party, resulting in an encounter that changes Elba’s outlook on life. Mexico, fiction, color, 18 min., 2015

Shimásání (Director: Blackhorse Lowe, Producers:Nanobah Becker, Chad Burris, Heather Rae, David Stevens) — When Mary Jane finds a geography book that shows her an entirely new world, she must decide whether to maintain her traditional Navajo reservation lifestyle with her grandmother or go out into a larger world. United States, nonfiction, b/w, 15 min., 2009 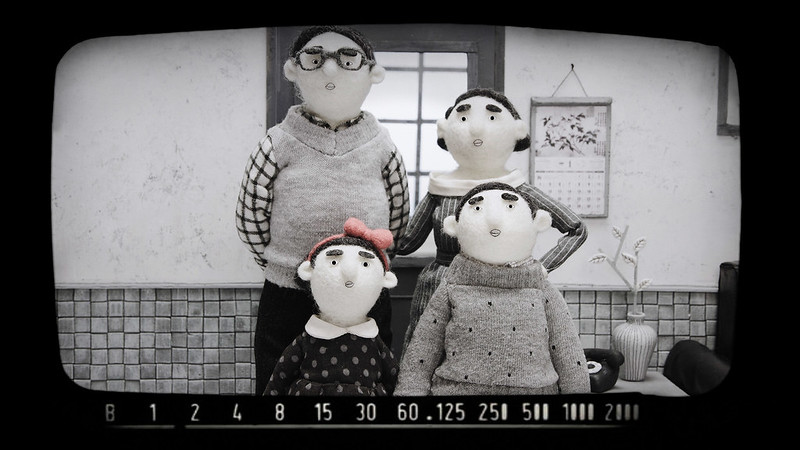 A still from Sister by Siqi Song.

Sister (Director and Producer: Siqi Song) — A man thinks back to his childhood memories of growing up with an annoying little sister in China in the 1990s. What would his life have been like if things had gone differently? United States/China, animation, color, 8 min., 2018

Solo un Cargador (Director and Producer: Juan Alejandro Ramírez) — A meticulously filmed documentary portrait of the hard life of the cargadores who trek through the mountains of Peru with baggage on their backs. Peru, nonfiction, color, 10 min., 2003 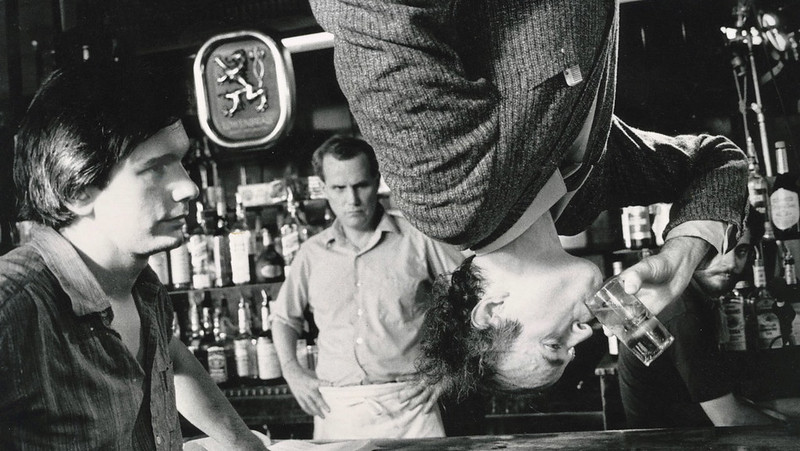 A still from Tom Goes to the Bar by Dean Parisot.

Trevor (Director and Producer: Peggy Rajski, Producer: Randy Stone) — A poignant and liberating look at a 13-year-old as he begins to discover his sexual identity. United States, fiction, color, 18 min.,1994

Two Cars, One Night (Director: Taika Waititi, Producers: Ainsley Gardiner, Catherine Fitzgerald) — A tale of first love. While waiting for their parents, two boys and a girl meet in the car park of a rural pub. What at first seems to be a relationship based on rivalry soon develops into a close friendship. We learn that love can be found in the most unlikely of places. New Zealand, fiction, color, 11 min., 2004

Waves ’98 (Director: Ely Dagher, Producers: Nina Najjar, Christina Farah) — Disillusioned with his life in the suburbs of segregated Beirut, Omar makes a discovery that lures him into the depths of the city. He becomes immersed in a world that is so close yet so isolated from reality and finds himself struggling to retain his sense of home. Lebanon/Qatar, animation, color, 15 min., 2015

Your Dark Hair Ihsan (Director and Producer: Tala Hadid, Producer: Paula Hardy) — A man returns from Europe to his native city in northern Africa, where he remembers his childhood and the mother he lost as a boy. United States/Morocco, fiction, color, 13 min., 2005