Eight Sports-Themed Films that Premiered at the 2022 Festival 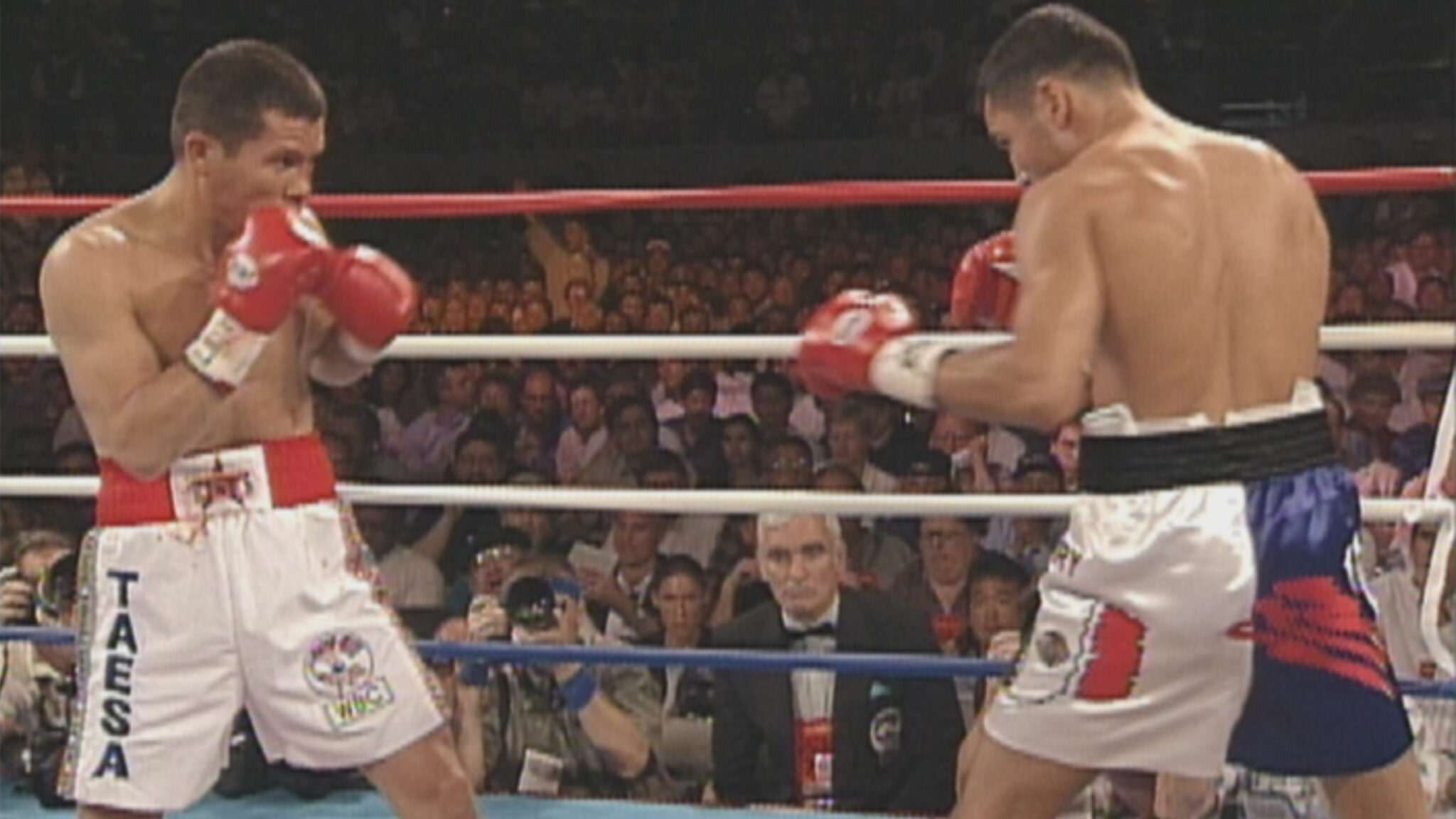 Sports films have given us some of the greatest characters of all time and a ton of incredible cinematic moments, from real-life narratives to memorable comedies and mind-blowing documentaries. We are all inspired by people like Arthur Agee, and Leva and Vita Bloomfield, whose own self-belief helps us believe in ourselves.

As we make our way through the Beijing 2022 Winter Olympics, and as Super Bowl LVI rapidly approaches, celebrate the season and browse this list of sports-themed films that premiered at the 2022 Sundance Film Festival. And be on the lookout! Because some of these will soon be premiering in theaters and on streaming sites across the country!

For Mexican and Mexican American communities, boxing is more than a sport. La Guerra Civil features detailed archival footage and enthusiastic interviews with famed boxers Julio César Chávez and Oscar De La Hoya, while narrating their histories and the stories of their individual fanbases.

Before the screening, Director Eva Longoria Bastón reflected on the film, explaining, “This battle between two legends was about more than boxing — it really takes us into a fascinating slice of the Latino experience.”

Gentle follows Hungarian bodybuilder Edina (played by real-life bodybuilder Eszter Csonka) as she journeys to the world championships and the extreme measures — both mentally and physically — she has to take to help pay for the costs of her training. The film was mainly created to shine light on the art of the sport, but director Anna Eszter Nemes also wanted it to be about the art of relationships.

During the cast Q&A following the screening, Nemes joined co-director László Csuja to discuss what inspired them to create the intimate film as well as the themes and interests they were trying to explore during the writing process. “The art of bodybuilding — female bodybuilding to be exact — is complex, and we wanted the film to express that, but we also wanted it to show how certain relationships work, especially in this industry, and how people change,” said Nemes.

Makassar is a City for Football

In a city where men have to go crazy about football, Akbar has to pretend to love the game in order to prevent rejection from his new college friends.

During the short’s post-screening Q&A, Director Khozy Rizal explained that he drew a lot of the inspiration from personal experiences growing up and the criticism he faced from his own community. “I wanted to make a story about what teenagers sometimes have to go through when they have to pretend to like something to fit in,” says Rizal. “I [also] wanted to talk about the impact of toxic masculinity and how that really affects men.”

Cheer fans and spirit leaders, this one’s for you. Calendar Girls is a Swedish film directed and shot by Maria Loohufvud and Love Martinsen, who stumbled upon the dance group four years ago while vacationing in Florida and almost immediately decided to make their first documentary.

Through a series of intimate portraits seamlessly interwoven with dance scenes, directors Maria Loohufvud and Love Martinsen craft a loving look at these incredible women in all their 60-plus glory. They refuse to become invisible, and the camera mirrors the pride and respect they feel for their bodies while shining lights on the struggles they’ve encountered in the process of renegotiating their identities.

Focusing much of the story on the dance routines themselves was important, Martinsen said in the Q&A following Saturday’s premiere screening. It was an intuitive way to tell the story and allowed the women to express themselves. Plus, adds Loohufvud: “The film itself should be as colorful as the Calendar Girls.”

After basketball practice one night, Genevieve reveals a dark secret about their coach to her teammates. Wielding strategy and grit off the court, the young player works together with her teammates to find a way to retaliate.

In postwar Kosovo, driven to keep their beloved sport of table tennis alive, two local players wander from one obscure location to another carrying with them their club’s only possession: their tables.

The Martins family are optimistic dreamers, quietly leading their lives in the margins of a major Brazilian city following the disappointing inauguration of a far-right extremist president. A lower-middle-class Black family, they feel the strain of their new reality as the political dust settles.

Wellington is putting all of his hopes into the soccer career of their son, Deivinho, who reluctantly follows his father’s ambitions despite secretly aspiring to study astrophysics and colonize Mars.

A rumination on time, loss, and hope, Sub Eleven Seconds is a poetic imagining of the quest of Sha’Carri Richardson — a young track and field athlete — to achieve her dream of qualifying for the Olympic Games.