From Mumblecore to Mainstream: Jay and Mark Duplass on ‘Cyrus’ 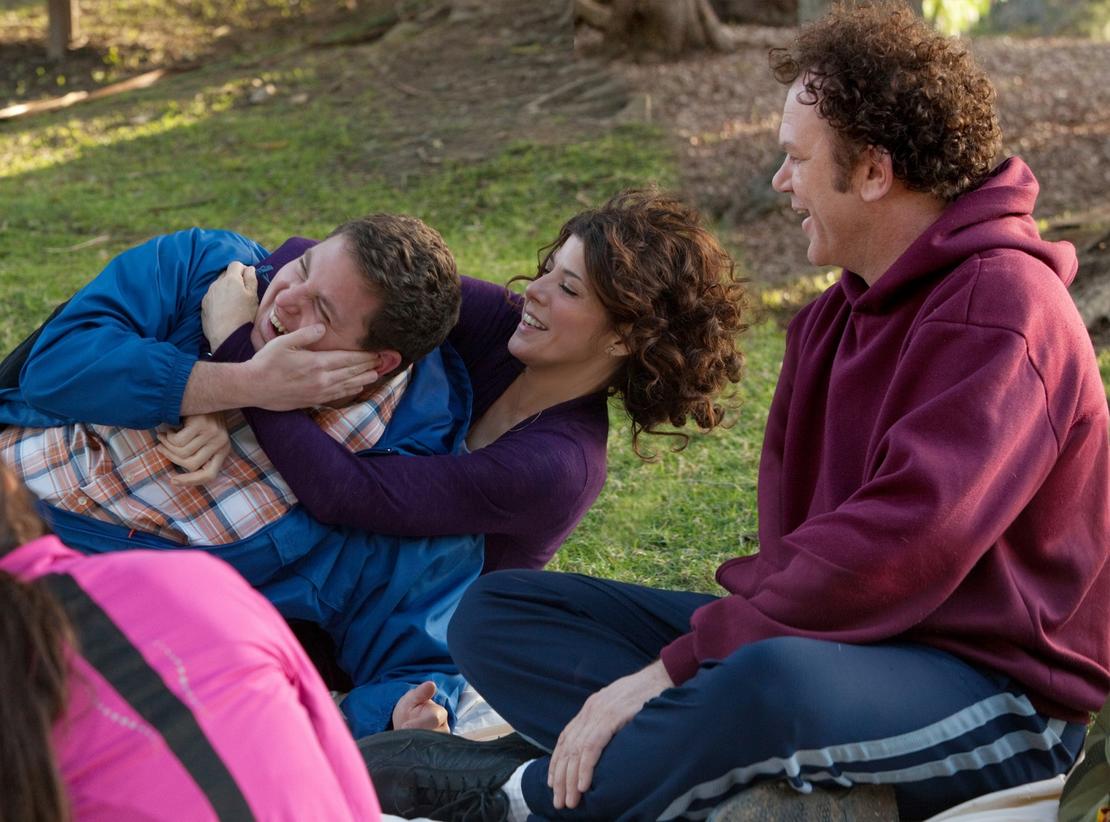 Jay and Mark Duplass radiated giddy exuberance from the stage of the Eccles Theatre before the Saturday evening premiere of their film, Cyrus. The filmmaking brothers got their start in the ultra-low-budget, uber-indie “mumblecore” genre, and seemed genuinely thrilled to arrive at Sundance 2010 as a couple of Festival darlings.

Cyrus stars John C. Reilly as John, a lonely, immature divorcee whose luck takes a turn when he takes an improbably attractive woman (Marisa Tomei) home from a party. He’s immediately smitten, but she’s hesitant to let it turn into anything serious. The hitch: her 21-year-old son, Cyrus (Jonah Hill), who still lives at home, and whose attachment to his mother is more than a little squirm-inducing. With a new rival for his mother’s affection, Cyrus embarks on an absurd and hilarious campaign to extricate John from their lives.

The premise and the cast (which also includes Catherine Keener as John’s ex-wife) are straight out of a studio-supported Judd Apatow film, but it still contains many of the trappings of mumblecore (shaky camera work, a low-key score, awkward conversations).

At the question-and-answer session after the film, the Duplass brothers took the stage to talk about making the film. An audience member asked how the dialogue in the film was improvised. Jay responded that while the film did have a fully composed script, the actors were given a lot of freedom with their lines. The co-director’s claim that the brothers can’t write for women was met with a big laugh from the audience.

Another audience member, taking note of the progression of the Duplass’ careers, asked where their work will go from here. The brothers said that they would keep making films that adhere to their aesthetic, but that they hoped to continue to work on the scale of Cyrus, and with that degree of support.

A few questions were directed toward the cast, including whether Reilly preferred comedic roles to dramatic ones. “I’d like to answer that question with a short cello piece I’ve composed,” he said, squatting down to feign plucking the string instrument-shaped podium on the Eccles stage. His actual answer suggested that he takes roles in films without giving too much consideration to whether they are comic or serious.

The session ended on a light note, with a question about what kind of relationship Reilly and Hill had on set. By all indications, it was a genial one, in spite of their on-screen rivalry. “We watched a lot of YouTube videos together,” Hill responded.