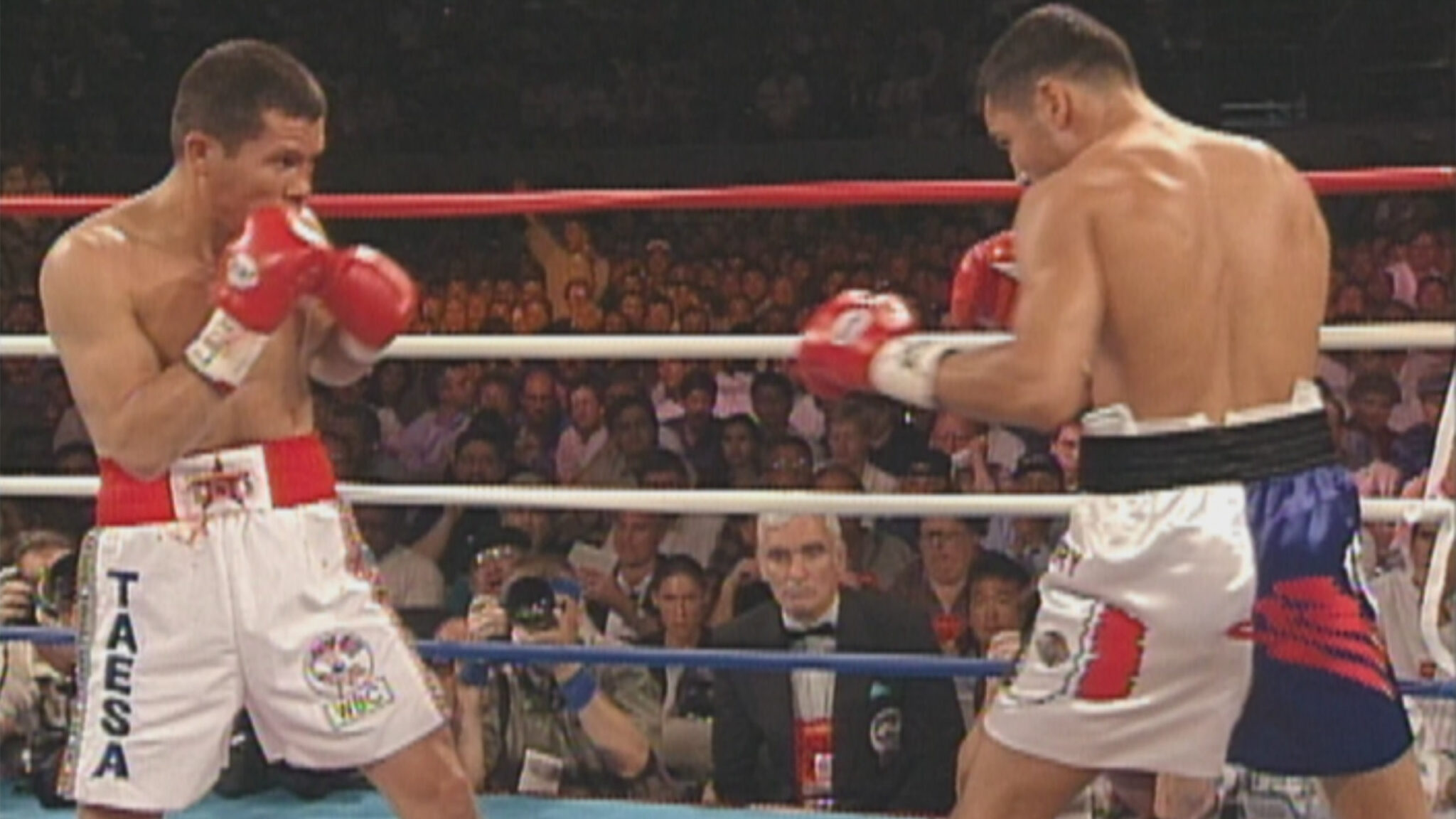 For better or worse, boxing is a sport that has never shied away from using race as a tool to create spectacle. In La Guerra Civil, engaging interviews and detailed archival footage reveal how an epic 1996 rivalry between a Mexican icon and his Mexican American challenger launched a cultural battle, illuminating the dual identity that Latinos in the United States must contend with to this day.

Eva Longoria Bastón is no stranger to the Sundance Film Festival, having starred in 2020’s Sylvie’s Love and appearing in 2021’s Rita Moreno: Just a Girl Who Decided to Go For It. This year she returns as director with her energetic feature-length documentary debut, which takes an in-depth look at the legendary boxing match between seasoned Mexican champion Julio César Chávez and the younger Mexican American Oscar De La Hoya. The famous fight pitted Mexicans against one another, as fans from both sides of the border had to choose a champion that most resonated with them.

In a pre-recorded introduction to the film, Longoria Bastón reflects, “This battle between two legends was about more than boxing — it really takes us into a fascinating slice of the Latino experience.”

The two fighters had very different introductions to the sport, and as a result their personal histories carried contrasting cultural significance. Hailing from Culiacán, Sinaloa, Julio César Chávez was one of 11 children. He began working from a young age, climbing out of poverty after he made a name for himself in the boxing rings of Tijuana. His rags to riches story embodied Mexican ideals of grit and perseverance and inspired national pride throughout his iconic career.

Meanwhile, Oscar De La Hoya was groomed to be a fighter; in the documentary, the son of immigrants recalls how he was “forced” into boxing. He was trained from age five and scouted at 11, before winning a gold medal for the U.S. in the 1992 Olympics. Although he was raised in a Spanish-speaking Mexican household, the “golden boy from East LA” struggled to gain acceptance from fans — he was regarded as “not Mexican enough for his father’s generation, not American enough for his own.”

Interviews with both Chávez and De La Hoya provide insight into their personal experiences, while commentary from sports scholars, boxing commentators, and notable Mexican American figures — such as actor Mario Lopez, journalist Claudia Trejos, and comedian George Lopez — ground the moment in historical and cultural significance.

After the premiere, the director joined Sundance Institute programmer Dilcia Berrera, Oscar de La Hoya, and producer Grant Best in a live Q&A session. She reflected on her own memories of the 25-year-old fight, how it divided her household at the time, and how Mexican Americans continue to juggle dual  — and dueling — cultural identities. “What surprises me is how little has changed,” Longoria Bastón notes.

“For me, when people say, ‘Oh you’re half-Mexican, half-American’ I go, ‘No — I’m 100% Mexican, 100% American, at the same time. Own that,” she says. Longoria Bastón reflected on how her own generation was discouraged from speaking Spanish, but says she is excited to see younger generations of Latinos embrace their diverse identities and celebrate their cultural legacies. “You don’t have to choose, and you don’t have to assimilate […] Today’s generation is turning the tide.”