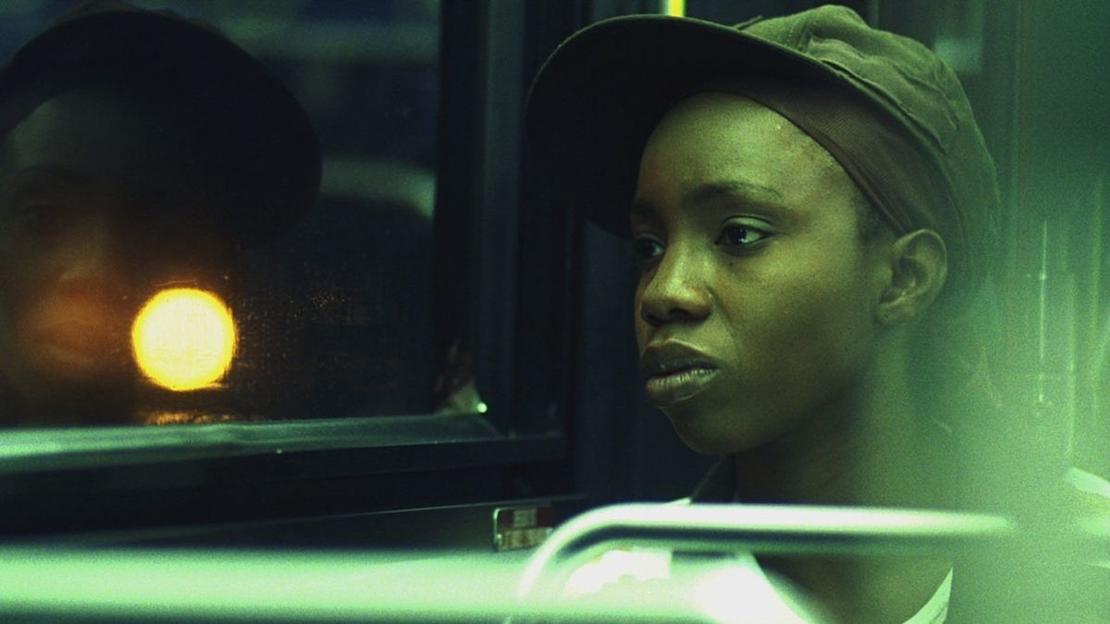 Although Sundance Film Festival Director John Cooper explained at yesterday’s Day One press conference that 2011 is the first year that films from all of the Festival’s competition sections kicked off the 10-day celebration, Thursday night was more bustling than ever, with films from the U.S. and World Cinema Dramatic and Documentary competitions, along with one program of shorts.

Last year, Cooper broke from tradition by opening the Festival with more than one film screening on Day One; this year, Day One extended its global reach by including international films to Thursday’s nights offerings. As eager as a film fan might be to attend all of last night’s excitement, the plethora of screenings made that impossible, so below is our roundup of last night’s celebration of film.

Following the premiere of Pariah, a coming-of-age story about a Brooklyn teenager who struggles to understand her sexuality and to live through the repercussions, writer-director Dee Rees revealed that the real story that helped inspire the film is still very much evolving.

“As I was writing this I was going through my own coming out process,” she told a packed and enthusiastic house at the Eccles Theatre. Nearly as naïve as Alike, her main character, Rees confessed that her first visit to a gay club was with the film’s producer, Nekisa Cooper, who guffawed beside her on stage.

“I was like, ‘Oh my god I’m going to hell.'” She knew she was gay, but was still feeling like a fish out of water. “Even in the gay world I felt like I had to check a box. But I’m not really butch, I’m not really femme; I’m just kind of like me. It took me a long time to figure out that I could just be me, and that’s okay.”

But too often kids don’t receive the support of their own family during the traumatic process. Though Rees’s own parents weren’t physically abusive the way Alike’s are in the film, they resisted her coming out by staging an intervention, and those relationships are only now starting to heal.

Though she described her dad as being “politely silent” about her film, she said her mom has recently done a 180-degree turn. “Five years ago, we weren’t speaking. Then this past Christmas was the first she’d visited me since I came out. She interacted with my girlfriend, she was positive about it, and it was great. She told me ‘I love you no matter what; I want you in my life.’ She was even talking about moving to California,” where Rees lives.

Rees said that part of the reason she made Pariah was to give young people the sort of movie she could have sought out for affirmation of her own experience. The irony is that Pariah impacted relationships in her own life before it even had a chance to reach others. “We made this film hoping we would change somebody else’s parents’ minds,” she said. “And we ended up changing my own parents’ minds.”

At the Sing Your Song
premiere last night, Harry Belafonte, the legendary singer and
activist, was ushered on stage to a long standing ovation after the
thoughtful documentary about his life had finished. He talked about his
“deep gratitude for the platform Sundance has given … to show this
work.”

It was a little sobering, after watching a nearly two-hour
documentary about the flurry of political activity Belafonte has
involved himself in during his lifetime, to see the singer using a cane,
but it’s also not a major surprise, given the hectic pace of his
younger life. Belafonte pointed out during the Q&A after the
premiere that after his friend Marlon Brando died in 2004, he sensed
something in our culture that condoned people “checking out and not
telling their stories fully,” which is partly why he let director
Susanne Rostock create this documentary about him.

Sing Your Song
is a real testament to the notion that one person can effect crucial
social change; Belafonte comes off in the film as someone who, judging
from all the hard-fought political battles he has waged, couldn’t
possibly have had time to eat, sleep, or sing. That he did is a small
miracle, and Sing Your Song is an engrossing, comprehensive paean to the charming, persuasive performer and agent for change.

With compelling characters, murderous exploits, and a healthy dash of Irish brogue, John Michael McDonagh’s debut feature The Guard had its premiere Thursday as part of the Day One kick-off to the 2011 Festival.

The Guard took the Festival’s spirit to heart with expert storytelling, a beautiful Irish setting, and exceptional performances by an accomplished cast led by Brendan Gleeson as Sergeant Gerry Boyle, the flinty local town cop and Don Cheadle as the FBI outsider investigating an international drug-smuggling ring who turns that cop’s sleepy, workaday world completely upside down.

After the premiere, McDonagh joined Gleeson, Cheadle, and actors Liam Cunningham and Katarina Cas for a Q&A that covered, among other topics, drinking, the joys of playing vile characters, the irritability of Irish policemen, and record-breaking wet weather during the filming.

The most fun anyone could have had last night happened at the Shorts Program I screening at the Library Center Theatre. If one film didn’t strike you as wonderful, the next one would. The sold-out crowd was riding the roller coaster all the way through. Each emotion seemed to rise up, from spooky dramatics to big laughs, down with intense underwater drama (twice), then back up with awkward laughs, then to pure shock.

Ending the program was the highly anticipated new Beastie Boys video, Adam Yauch’s (better known as MCA) Fight for Your Right Revisited, which kept people laughing while providing some incredible songs tearing up the walls. The Q&A revealed several nuggets of wisdom – actors are closet writers; having no money leads to more mystery in a plot; some animation takes 800 hours to produce; and sometimes the submarine “was just there.”

There were at least several notable people from American documentary film in the audience at the Project Nim premiere (Michael Moore among them), but the biggest star there was James Marsh, Project Nim’s director. You could feel an almost palpable anticipation at the Egyptian Theatre as the packed audience waited for the movie to begin.

Marsh’s gripping new film is the story of Nim, a chimpanzee who, in the early 70s, was taken from his mother, raised as a human infant would be raised with a human family, became famous, and was eventually sent to a medical testing lab and left at an animal sanctuary in Texas without other chimps to socialize with until some of his earlier handlers intervened to provide him with chimp companions.

As senior programmer David Courier mentioned at the Q&A with the director and the film’s subjects, the pressure on Marsh (whose Man on Wire premiered at the 2008 Festival, nabbed the World Cinema Jury Prize Documentary that year, and eventually went on to win an Oscar for Best Documentary Feature) must have been intense to create a follow-up documentary to Man on Wire that equaled that film’s popularity and prestige. Marsh downplayed the whole notion.

“You try to trust a story,” Marsh explained, saying that if you’ve found the right story, you will believe in it and do anything you can to tell it. Marsh’s comment seemed apt, since Trevor Groth, the Festival’s director of programming, told the audience before the film began that Marsh “has mastered the art of storytelling.”

So a filmmaker has to work hard to find and then trust a story “and you can’t really do any more than that,” Marsh explained about his working method, concise but apt advice the director revealed at the opening of a film festival devoted to storytelling.