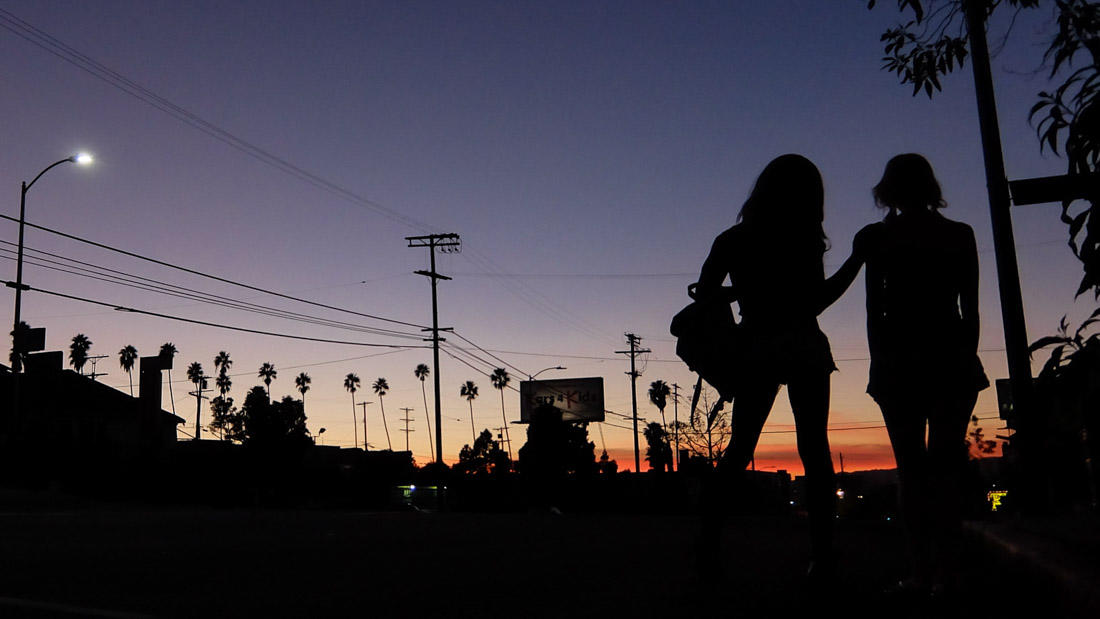 For all the autobiographical narratives, in-depth profiles, and passion projects at the Festival, James White may be the most intimate film at Park City this year. From first scene to last, wherever James White (Christopher Abbott) goes, the camera follows, and closely. Whether he’s wandering through a crowded New York club, getting into a bar fight, bombing at a job interview, navigating his deceased father’s Shiva, or tending to his ailing mother (Cynthia Nixon), we’re right there to read his face, register his desperation or confusion, and ride his emotional rollercoaster. Already standing naked before us as twenty-something without evident ambition or passion, the prospect of his being left without either parent makes for an especially raw characterization. And it’s one that comes from a deeply personal place.

“A couple of years ago my mother died. And there’s no book on how to deal with it,” said director Josh Mond during the post-screening Q&A at the Library Theater. He said that that it was thanks to his producing partners, Sean Durkin and Antonio Campos, that he was able to emerge from his tragedy with a stronger notion of how to tell this story, and to focus on the relationship between a mother and son in particular. “I look up to writers and musicians who explore something they don’t understand with their material. It’s not me, obviously, it’s a movie. But there’s a lot of me in there,” he said. “John Guare says it in Six Degrees of Separation, ‘the imagination makes self-reflection bearable.’”

Mond also talked about how his character’s relationship with New York—as a place to get drunk on and lost in, but also a place from which to escape—rhymes with his own. “I moved to NYC when I was about 12. It was a crazy experience because you’re seeing thousands of people every day. You’ve got your armor on, you’re always reacting. And it’s a very different way of living,” he said. “I’m very grateful for New York, I love New York, it’s my home, but I can’t really breathe there. And that’s what I wanted it to feel like.”

In terms of his partnership with Durkin and Campos, each of whom have directed films that played at Sundance (Martha Marcy May Marlene and Simon Killer, respectively) he spoke of their simultaneous commitment to supporting one another and to producing only things that they’re all comfortable sharing with the world. “We’ve built this idea of how we make films. We protect each other from bullshit. Even from our own bullshit,” Mond said. “I know that at the end of the day my partners would never let a movie that we weren’t proud of out. So I constantly had to remember that. That I wasn’t going to be abandoned, that there weren’t agendas, that there wasn’t vanity from producers, there wasn’t like—cast this person and we get to go to Sundance. I mean, make a movie about a guy who’s mom is dying of cancer? It’s not exactly a moneymaker.”

But after producing Durkin and Campos’s films, he said that taking the wheel and directing his own feature was certainly a learning process. “Making a movie is hard. As a producer it’s hard, but as a director, you don’t have control. You have to trust your instincts. The challenge is understanding that it’s a process,” he said. And in working with actors, he found it important to run toward, rather than away from the rawness of it all. “It’s my first time, and it was personal. I have a hard time trusting people, but I just opened up, and said this is who I am, this is where I come from, emotionally, so that you can share with me,” he said.

Sean Baker’s very low-budget but often exhilarating Tangerine offers a snapshot into a rarely-depicted world and a unique take on the buddy movie following a pair of transgender girlfriends who are also sex workers in Hollywood. The film premiered in the Next category at 2015 Sundance. Following the screening, Baker said that while looking for a follow-up project to his 2012 drama Starlet, he became inspired by a section of Hollywood close to his own neighborhood, where he’d eventually shoot much of the film. He began frequenting the area he described as “an unofficial red light district” for research purposes.

“We’re from the outside of that world so to be respectful and responsible you need to spend time,” Baker revealed. “We introduced ourselves to anyone we could find in the neighborhood, telling them about the movie we wanted to make and trying to find a collaborator.”

Baker eventually encountered Mya Taylor, who is transgender, in the courtyard of L.A.’s LGBT Center and she became intrigued by the proposition. “She said, ‘If you’re going to make this film I want it to be brutally real,’” Baker recalled. “I want it to capture the reality and hardships of the women who work out here. At the same time you have to make it entertaining an funny and you have to make it for the women.”

Tangerine has deservedly received a lot of attention because Baker and his crew shot the entire film on Apple iPhone 5s cameras equipped with brand-new anamorphic adapters. Baker said the decision was largely due to monetary constraints, but also because of the immediacy the process would allow. “We didn’t have the budget to shoot on film,” he shared, so he made a decision to step away from what he described as “that social realist observatory and telephoto lens thing and found this hyperactive style that hopefully allowed audiences to participate and be a part of the chaos and be a part of the world that way.”

The experiment helped Baker and his DP Radium Cheung achieve some nimble camera work, often shot while riding his 10-speed bicycle. “Probably most importantly, every body out there has a mobile phone with a video camera and they’re out there shooting videos everyday so that allowed us to be inconspicuous and not intimidate first-time actors and people on the street,” Baker divulged. “It really allowed us to shoot clandestinely, as well.”

Baker said he made an intentional decision to create as relatable a story as possible about sex workers, and avoid portraying them as victims despite their difficult circumstances. “What these women go through, they are at risk of murder, rape, HIV,” he said. “We wanted to show a story that is almost universal, that we can all relate to to a certain degree. With this film it’s friendship and infidelity. That’s why we decided make a narrative based on that.”

I Am Michael depicts the fascinating fact-based story of a successful gay activist and blogger, who, following a spiritual crisis, renounced his homosexuality to become a church pastor. The debut feature from writer-director Justin Kelly premiered out of competition at the 2015 Sundance Film Festival.

James Franco headlines as Michael Glatze, who seemed to have everything: the gay magazine he publishes is popular and respected, his reputation as a committed LGBT rights activist is unimpeachable and his handsome boyfriend Bennett (Zachary Quinto, underutilized but excellent in his important scenes) adores him. Following the death of his mother and a brush with his own mortality, Glatze becomes determined to reconcile his faith and sexuality and is soon preaching (literally) against homosexuality.

Unsurprisingly, Kelly revealed that the biggest hurdle he faced in bringing the story to the screen was finding a non-judgmental way to portray Glatze, a man still vilified by many members of the LGBT community. “His story is less about sexuality and more about identity and percept and the power and belief of religion,” Kelly said. “Finding out how to do it that way was the hardest part.”

The film marks Franco’s umpteenth portrayal of a real-life person (and, following True Story, his second at this year’s festival) and many LGBT cultural figures. The charismatic actor revealed that he sees each of them as being unique. “I thought what was primary here is his journey, his experience, his transformation, his beliefs and how that changed,” Franco offered. “To get that down in a genuine and authentic way was the primary thing with this performance.”

Kelly informed the audience that after he met Glatze, he was able to relate to his quest to find himself and his place in the world. “Even though he said so much that I completely disagree with, he finally seemed happy and content and had figured it out,” Kelly said. “It’s difficult to accept that because of so much that went down. He wrote a lot of hateful antigay stuff. But to be sitting across from someone and wanting to be accepted by them or be judged by them, the only thing I could do is just believe him and believe he’s happy even if some people don’t.”