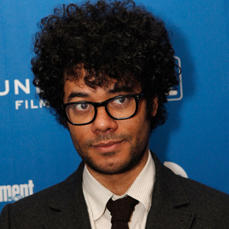 Sundance Institute has announced the alumni and artists who will lend their support as members of the 2012 Sundance London Host Committee by promoting and participating in various panels and events. Artists represent the core of Sundance Institute’s mission and the Host Committee allows the voices of our alumni and supporters to have an important stake in this new venture.

“Sundance London is an exciting event for us, and we’re thrilled to have the support of our many friends and Sundance Alumni in the U.K,” says John Cooper, director of the Sundance Film Festival. “We’re especially privileged to have the support of our Sundance London Host Committee – a group of Sundance artist alumni and supporters who are helping us to make our first year in London an amazing experience.”

If this year’s Host Committee — a wildly talented group Sundance alums and leading lights from the film community across the pond — were to gather for a group picture, the caption might read, ‘Britain’s cinematic vanguard, class of 2012.’ Short of that, we’ve assembled the following collection of (literary) snapshots of each of this year’s members:

Adewale Akinnuoye-Agbaje – Acting credits include recurring roles on television series Lost and Oz. Participated as a Fellow at the 2007 Sundance Institute Directors Lab with his project Farming.

Idris Elba – Acting credits include American Gangster, 28 Weeks Later, and recurring roles on television in The Office and The Wire.

Kevin Macdonald – Directing credits include The Last King of Scotland, Touching the Void, State of Play, and 2011 Official Selection Life in a Day.

Edgar Wright – Directing credits include Scott Pilgrim vs. The World, Hot Fuzz, and Shaun of the Dead.

Sundance London will be held April 26-29, 2012, at the iconic O2 entertainment complex and feature films from the 2012 Sundance Film Festival as well as music, panels, and parties. Passes are on sale now.