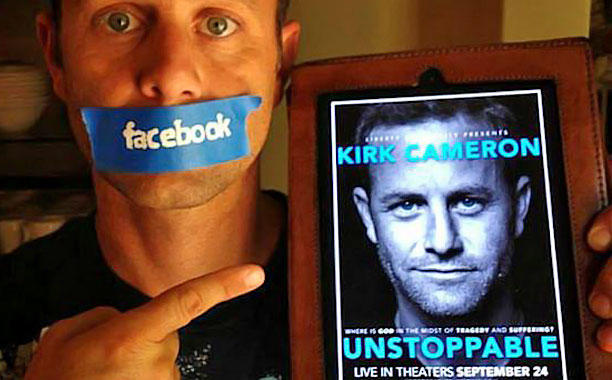 Not so long ago, in a galaxy not so far away, there was the ugly term, “self-release.” Filmmakers were unable to attract a distributor to release their film and with nowhere left to turn and all other roads more travelled, decided to put it out on their own. It was an act of desperation.

The movie business was booming, and there was a plethora of distribution companies doing solid business. Couple that with an enlivened home video market and you had all the makings of distribution companies making their money back at the very least and possibly having a certified hit on their hands at any moment. If the film bombed in theatrical release, there was always DVD.

Flash forward to now. The DVD market is virtually non-existent, VOD numbers are nowhere near picking up the slack, and many of the above-mentioned distribution companies are now converted luxury spas. With the state of things, times have changed and the industry’s perception of “self-release” needs to as well.

As an independent filmmaker, how do you get distributors to look at your film when there are so many other options? Aside from playing at a top-tier festival such as Sundance or TIFF, it is extremely difficult. Even if you do get that golden invitation, it doesn’t necessarily secure your odds of getting distributed either. From the distributor’s perspective, why should they spend money and take a risk on your film when they have to fight tooth to nail against all these others?

There are also a slew of distribution companies that will not release your film theatrically or explore the non-theatrical realm at all. Their main goal is just to use the theatrical engagements as publicity and make their money back on the VOD side. A much safer bet. If you are okay with this, then of course that is fine but if your reality for your film doesn’t match up with your distributor’s, then you will both end up unhappy.

All production budgets and business plans have to have distribution folded into the mix. Now, if you do this correctly, I believe you have a shot to stand out against all of the content out there. The key is to not make a self-release the exit strategy.

There are also a slew of new companies that are out there to make this all easier. VHX, Pivotshare, Yekra, and Distrify all allow you to reach your audience directly. Vimeo On Demand announced their $10,000 advance initiative at the Toronto International Film Festival where they offered films world premiering there a $10,000 advance for an exclusive VOD window for their platform.

Couple that with Tugg and Gathr, companies that allow consumers to “demand” screenings in their neighborhoods and you have some of the tools you need to put together a release. To further that, projects that are funded through crowdfunding campaigns via Kickstarter or Indiegogo, already have support built-in to their release; which is often the most difficult thing to do.

People who fund crowdfunding campaigns want to see these films succeed. Instant supporters and avid promoters are absolutely invaluable. Most distribution companies don’t have built-in fans who are waiting for the next big release.

Case in point is the Kirk Cameron starrer Unstoppable, which grossed a walloping $2 million from only one night, on a Tuesday nevertheless, and only on 700 screens.

The key reasons attributed to the success of the film were Cameron’s devout support for the film, his strong built-in fanbase, the niche market for the topic (religion), other events packaged in conjunction with the film (several musical acts were featured) and some good luck.

This came about when both YouTube and Facebook briefly banned the film’s trailer when users complained that it was “spam”. Cameron took immediate advantage of this snafu as promotion for the film. A banned film always piques interest in the digital age and gives the supporters of the film a chance to band together against their oppressors.

Now, obviously most independent films don’t have the star-power of a Kirk Cameron or other actors in the same vein. However, ALL of the other key factors can be replicated (except good luck) and used towards a successful self-release.

One example of this is the indie drama I had the pleasure of working on called, In The Family. The film was written, produced, directed by and stars Patrick Wang. At first glance, the film has everything you could imagine going against it. No stars, a modest budget, and an unthinkable 169 minute runtime.The fact that it was an independent production free from studio or distributor notes allowed it to be what it ultimately became.

Wang submitted the film and was swiftly rejected by 30 film festivals before being accepted to the Hawaii International Film Festival. Wang decided to self-release the film and after opening in Manhattan on a single screen, the film steamrolled through the independent film world. Couple this with an abundance of awards and accolades and you can see why the film now sits comfortably on Rotten Tomatoes with a 96% fresh score.

Of course you can’t do this on your own but you can recruit the team that you want, all while retaining rights to your film and plotting out the exact course you want your film to take. Having this power can be a double-edged sword though and you need to consider if you want to dedicate at least another year to this stage of distribution. All this being said, having a self-release plan can work and shouldn’t be a sign that your film failed to secure distribution. It should be seen more of as a choice. And having a “choice” is something we can all relate to and should be celebrated more than ever.