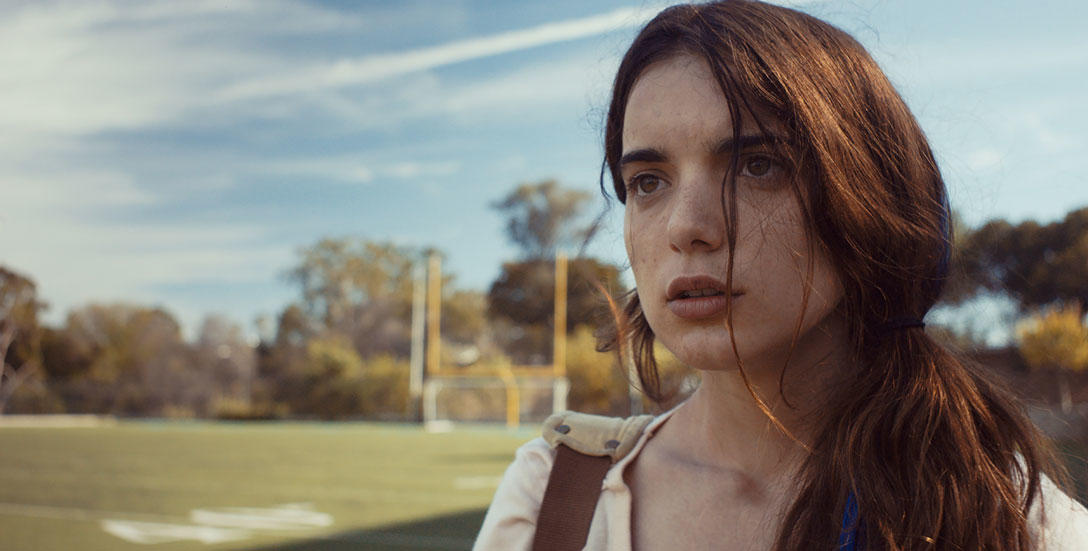 ‘First Girl I Loved’ is now available on iTunes and all other digital platforms. Below, director Kerem Sanga tracks the film’s creative distribution journey since premiering at the 2016 Sundance Film Festival.

November, 2015. I got an email from a senior programmer at Sundance asking if I could give her a call. I was in the middle of teaching a GRE class, so I put the students on a drill and stepped outside. I dialed the number provided and a woman named Kim Yutani gave me good news.

January 24, 2016. The Sundance Film Festival. First Girl I Loved was about to enjoy its world premiere. The lights went down. The film began. I immediately realized that something horrible was happening. The titles were on screen too long, and the music was unnaturally drawn out. The film was playing in slow motion! Then I realized no, it wasn’t. Everything was fine. I was just excited.

May, 2016. Four months later, the interest that First Girl I Loved had elicited from distributors back in Park City had all but evaporated. We were left with a handful of paltry offers. Accepting one of them would all but guarantee that our investors would never be made whole, that I’d never see anything beyond a few hundred dollars (not that I’d ever expected to), and that the poster and trailer (the two parts of our ad campaign that I cared about the most) would kinda’ suck. Then one afternoon, producer Ross Putman called me and asked if I could come to the Sundance Institute offices in Mid-Wilshire in two hours.

Two hours later. I walked into the office of Chris Horton, director of Sundance Institute’s Artist Services program. Producers Ross, Dave, and Seth were already seated, along with another guy I’d never met named Robert Compton. He had recently gotten into producing documentaries, but now he wanted to give self-distribution a try. His first observation was that the indie film business model was ludicrous (not news to any of us). Then he offered to invest in a P&A campaign if we committed to selling the movie ourselves. He spoke enthusiastically about Facebook ads and kept using the phrase “deep dive.” Accepting his offer seemed like a foregone conclusion. We were already making thousands of dollars a month in festival screening fees, and CAA had just helped us secure a sweet SVOD deal; any distributor would have gobbled up both. In turning down distribution, what were we really walking away from? Access to iTunes? Anybody with $1535 can buy that.

July, 2016. Producer Dave Hunter and I were conducting a phone interview with a potential hire for our distribution campaign. His name was Matt Delman. We told him we needed someone to do everything social media related, and Matt was up for it.

But just that morning the producers and I had met Ross Von Metzke, another candidate for the position. Ross had experience orchestrating and creating content for social media campaigns of our scope. He also had close ties with the It Gets Better Foundation, a non-profit that was already helping us promote our release. And unlike Matt, Ross lived in LA.

But then here was Matt suddenly saying all the right things. He wanted to use Facebook analytics to intelligently test and run ads. He had begun to do this sort of thing for other films and wanted to explore the technology further. It was clear that Matt’s skill-set did not overlap with Ross’s — each complemented the other’s.

After the interview, I called Dave and expressed my regret that we didn’t have it within our budget to hire both of them. But then, maybe we did? As managing partners of a corporation (First Girl I Loved, LLC), wasn’t it our job, having identified value, to present that opportunity to our investors and get more cash?

August – October, 2016. In addition to the producers and myself, our distribution team includes Ross Von Metzke (social media manager), Matt Delman (digital media strategist), Mosaic (a PR firm), Liz Manashil (Artist Services Manager), Chris Horton (Director of Artist Services), and of course Bob Compton. Every Monday we meet at the Sundance offices on Wilshire, either in-person or by teleconference, to discuss all tasks related to our upcoming digital release (Oct 18th on all platforms).

At our first meeting, Bob walked us through the basics. We had one product: a feature film. First question: who wants to buy it? Second question: how do we reach these people as cheaply as possible?

To answer the first question, we made guesses as to who we thought wanted to buy it (Film buffs? Teenagers who like Pretty Little Liars? Teenagers who self-identify as lesbians? 18-35-year-olds who liked The Spectacular Now? We used Facebook to answer these questions; to see, for example, who tended to watch and share our trailer and who didn’t.

Answering the second question has been the subject of our work over the last three months, and rather than attempt to summarize it all (that should probably be the subject of another article) let me just fast-forward to the moral of the story:

Sundance Artist Services has historically served as a kind of backstop for films that don’t get any distribution offers. But it has as close a relationship with the major transactional VOD platforms as any other indie film distributor, and that’s where most indies make their money anyway. If you are lucky enough to play Sundance, and your goal is to make money off of your film, then don’t think of Artist Services as a backstop. Think of it as the offer to beat.