What I Wish I Knew About Distribution: Producer Ron Najor of ‘Short Term 12’ & ‘I Am Not A Hipster’ 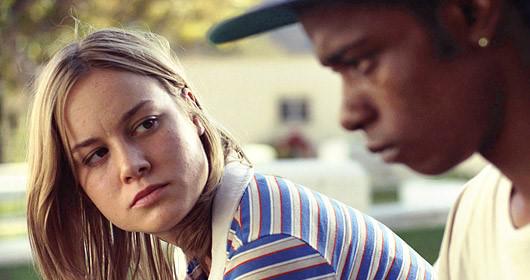 Ron Najor produced “I Am Not A Hipster” with a group of friends in his hometown of San Diego. The film premiered at the 2012 Sundance Film Festival, and Ron and his team worked with #ArtistServices to fund and distribute its independent release – which is when we first were impressed by his rockstar producing passion. Ron then went on to his second collaboration with writer/director Destin Daniel Cretton and produced the SXSW Grand Jury Prize and Audience Award winning film “Short Term 12” in 2013.

Ron attended our first #ArtistServices Workshop in 2012 in Park City and recently presented at the 2nd annual #ArtistServices San Francisco Workshop. Below is a supplement to his presentation.

As our new feature film Short Term 12 is now on Netflix via our distributor, I had some time to reflect on self-releasing our first feature film, I Am Not a Hipster, through Sundance’s #ArtistServices and various other distributors.

We shot I Am Not a Hipster on a modest budget in the summer of 2011 and were lucky enough to get into the Sundance Film Festival where we premiered in 2012 as a part of the NEXT section. We raced to finish the film that fall, had it mastered, and when we handed over our HDCam tape for our Sundance premiere we had at that point spent $65,000 to make our movie. We had fielded some interest from distributors during the Festival, but ultimately didn’t feel like we had found the right partner to distribute the film. While at Sundance that year, I attended the #ArtistServices Workshop and realized the possibility that we could self-distribute our film. We picked the brains of many accomplished independent producers/filmmakers about this strategy, and after a lot of soul-searching, decided to do it ourselves: we would release I Am Not A Hipster on our own.

And so, with Destin, Joel, Trevor, Asher, and the whole I Am Not A Hipster family, we ended up releasing the film one year after our Sundance premiere. We were able to book 15 theaters across the country, make the film available to rent on Cable VOD, secured an international deal with Sundance International in 40 countries, and of course utilized several of #ArtistServices digital platforms through their partners including iTunes, Amazon, Hulu, VHX, and Netflix. I would say the learning curve throughout this whole process was without a doubt the hardest part. I often asked out loud, “isn’t there a manual somewhere for this!”. So this article will share some of my realizations and lessons I learned while self-distributing our movie, all of which I wish I knew before trying to get our film out into the world.

Every deal is negotiable, no matter what they say.

Sundance Institute’s #ArtistServices provided us with best-in-class digital distribution access through their partnership with the leading digital retailers. Destin, Asher, and I also found separate partners to help with our Cable VOD and international deals. Working with all of these different entities, we had to negotiate several different distribution agreements. Most agreements initially appear to be one-sided, in favor of the distributor. It is up to you and your sales agent and/or lawyer to hammer away at the points that you want to add or remove, before signing anything. I can’t go into detail regarding the actual deals we signed, but looking back on the experience, here are some interesting points I think every filmmaker should pay attention to when negotiating a distribution deal:

When delivering your film to a distributor, you will need to submit many delivery elements, which include the film itself in potentially several different formats, as well as things like Closed Captioning, a Title Report, Errors and Omissions insurance, etc. The bigger the distributor you go with, the more delivery elements they will need and require of you. Smaller distributors will ask for a lot but will often accept much less. It is important to know that most distributors customarily give a standard checklist of things they want from the filmmakers, and it is also very customary for the filmmaker to go back to them and say, “we don’t have this”. I remember getting a deliverables list and having my stomach drop. My favorite suggestion from other filmmakers was to say, “I only have these things ready, and that is all I can do.” When presented with that, most distributors will then only ask for what they absolutely need, and it is often far less than what is on the initial list.

The right international sales agent can put you in the black.

Kickstarter helped us, A LOT.

When we finally decided to release I Am Not A Hipster ourselves, we were heavily encouraged by Joseph Beyer, Missy Laney, and Chris Horton (three of the masterminds behind #ArtistServices) to do a Kickstarter campaign. At the time, I honestly didn’t know too much about the service. The money we raised on Kickstarter was incredibly liberating and perhaps the most honest way to get the film out into the world. We were able to raise $30,788 dollars to pay for all the deliverables (E and O insurance, Closed Captioning, DVD and Blu Rays, etc). We also used Kickstarter as a way to help pre-sell the DVDs, by offering it as a reward. The process was stressful and almost like a full-time job, but we did get a lot of wonderful support for our film and it actually made our I Am Not A Hipster family extend to a whole new community of Kickstarter supporters.

Your filmmaking community is your greatest ally.

Hands down the best people that helped us along the way were other filmmakers. I can’t stress this enough. If you glean nothing else from this write up, leave with this — reach out to other filmmakers and ask them for advice. I had so many people help me out, that it is in part why I wanted to write this. If there is a distributor or platform that you are curious about, I would strongly recommend you see what other filmmakers have used that platform or distributor, reach out to them and ask their opinion. Off the record, filmmakers will speak very candidly about the pros and cons of certain distributors and platforms, and that is the most useful information you can get. The same goes for finding lawyers to negotiate deals, sales agents, film festivals, and the like. Ask other filmmakers who have been through it before and find out the inside scoop.

What it boils down to: Get your film out there!

Every film is going to navigate down its own unique path. The quicker you make your decisions, the better. Filmmakers often don’t realize that it takes months for cable operators, theaters, and even iTunes and Netflix to slot your film to be played. Once you make all your decisions, expect four to six months before most things can even be implemented, so you need to be prepared very far in advance.

I had to learn a lot of lessons along the way to distributing our movie, but ultimately we are thrilled with how things turned out for I Am Not A Hipster and that, after all that hard work, people can see the movie worldwide. I hope some of these tips help you in your filmmaking endeavors and wish you the best of luck!

Check out iamnotahipster.com or shortterm12.com for more information on these movies. Both films are available on Netflix, iTunes, and several other digital platforms.