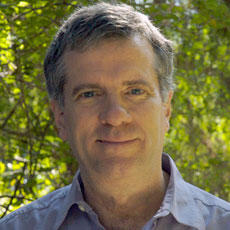 What do you do? What’s your role in the indie world?

I help filmmakers and media companies develop and implement strategies to maximize distribution, revenues, and audience. As President of Paradigm Consulting, I advise on domestic and international sales and marketing. I developed the concept of hybrid distribution, which has given many filmmakers greater control of their distribution, a larger share of revenues, and the ability to build core personal audiences.

How did you arrive at this role?

Before doing this, I was running Next Wave Films. It was a finishing fund, financed by IFC, for ultra-low budget features and docs. Filmmakers would run out of money in post-production, then we would give them finishing funds and enable them to find distribution. We helped a number of exceptional filmmakers launch their careers including Christopher Nolan, Joe Carnahan, and Amir Bar-Lev.

When we started out, the idea was that if we gave someone $100k in finishing funds, we would get that back from advances on distribution and then make that money available to other filmmakers. But over the years the advances got smaller and smaller and, in some cases, went to zero. IFC wasn’t comfortable waiting for the backend so they said “time’s up”.

After Next Wave ended, I explored the state of distribution and found a whole New World of innovative approaches. At the same time, people started calling me and asking if I could help them figure out their distribution options. I didn’t set out to be a consultant. I just started working with a few filmmakers which led to my helping many more. Since the fall of 2002, I’ve worked with more than 1,200 filmmakers on over 800 movies.

What was it like to be talking about creative distribution when no one seemed to take it seriously, what do you remember about the early days?

When I started speaking and writing about the New World of Distribution, many people saw me as a heretic. It felt very much like the response I got when I first talked about digital filmmaking in the late ’90s. In both cases, I enjoyed challenging the conventional wisdom and was fortunate that what I saw coming arrived even sooner than I expected.

Do you see a progression throughout the years of the knowledge filmmakers have about this New World of Distribution?

I see a big change. I noticed this at last year’s Sundance Film Festival. A number of filmmakers arrived at the festival planning to split up their rights rather than expecting to make the great all-rights deal in a condo at 3:00 AM.

In the old days (a few years ago), plan A was sell all your domestic rights to one company; if plan A didn’t work then plan B was to make multiple deals. These days more and more filmmakers are planning to split up their rights, but are open to making an overall deal if the right one comes along.

More experienced filmmakers who have succeeded in the Old World of Distribution often have to unlearn things they had taken for granted. First-time filmmakers starting with a blank slate don’t have to overcome the same illusions.

Can you give an example of Old World of Distribution thinking and how it has changed?

In the Old World, home-video distributors were worried that if filmmakers sold DVDs directly from their websites it would undercut retail sales. They believed it was a zero sum game; if the filmmaker sold one hundred copies, they would sell one hundred less. What I argued and has turned out to be true, is that if filmmakers promote their movies online the additional awareness they create will increase retail sales. The pie gets bigger and everybody does better. Distributors should view filmmakers as promotional partners who can improve things for all concerned.

Who would want to talk to you?

What would a filmmaker be trying to do that you could help them with? I consult with filmmakers while films are being completed, while they are in production, and increasingly, before they are financed. Filmmakers can increase their chances of finding the resources to make their films if they have compelling distribution strategies.

I don’t like the term self-distribution, because too many people use it pejoratively. I prefer hybrid distribution which allows filmmakers to make deals with distributors and sell DVDs and digital downloads directly from their websites. Hybrid distribution is getting more and more popular.

What’s the biggest mistake you think artists make when they take a creative distribution route?

What’s a common mistake? Many filmmakers underestimate the amount of time and effort it takes to implement their distribution strategies. It is harder to bring a movie into the world successfully than it is to make one. Instead of trying to do everything themselves, filmmakers need to build distribution teams and continue to refine their strategies stage by stage.

The difference between being strategic and being reactive is huge. I see it happen so often of filmmakers looking for magical solutions and really it’s a lot of hard work. Sometimes people just finish their movie and they’re excited to have it done after so many years of work and they just want to get it out immediately. There may be opportunities that are lost if they don’t think about distribution creatively and put in the effort to build a team.

What’s one thing happening right now in the business that you are really excited about?

Crowdfunding. As a leading proponent of crowdfunding, I have helped filmmakers take advantage of this new opportunity to raise money, develop early awareness of their film, build a network of support, and become an engine of their distribution.

Semi-theatrical distribution is growing in importance. Filmmakers are doing one-night special events screenings across the county, on campuses, in museums, and in theaters. Documentary filmmakers have used semi-theatrical to build long lives for their films.

How do you watch most of your movies now?

I prefer to watch movies on big screens with great image quality, which ranges from watching INCEPTION in IMAX to seeing my clients’ films looking their best on my plasma television.

Where can people go to learn more or get in touch with you?

If people are interested in learning more, they can visit my website (http://www.peterbroderick.com), read my report, “Welcome to the New World of Distribution”, and sign up for my Distribution Bulletin which analyzes new distribution opportunities.