Q&A: Annie Roney of Ro*co Films on Adapting to Changes in Distribution 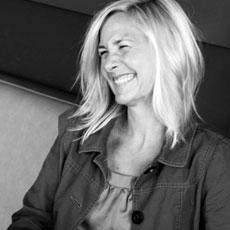 * Annie Roney appears alongside Tiffany Shlain and other experts at the first-ever San Francisco #ArtistServices Workshop, co-hosted with the San Francisco Film Society – April 6 at The Presidio *

Consulting Contributor Chris Dorr : You’ve been distributing documentary films for a number of years. How did you get into the distribution business and what led you to concentrate on documentaries?

I had a spiritual crisis when after a few post-college jobs, I was unfulfilled and disconnected from my core. I took some time off to reflect on what I wanted out of my life and what made me tick. My mom is a journalist and when I was a kid she produced a radio documentary series and hosted a weekly radio talk show on social issues. I loved waiting in the news room for her to finish — watching and waiting for the “On Air” sign to go off indicating I had my mom back.

While waiting, I marveled at the energy of the newsroom. I really wanted to be a part of it — to be on the frontlines of new and important information and to have a role in getting it out there. I saw people at their desks taking calls and yelling information across the room — I wanted to know EVERYTHING about each story that was being told, every call that came in. I would stand in front of the newswire feed as if it were speaking directly to me.

So when I saw an ad to work on the international distribution of documentaries, including all of the FRONTLINE series and NOVA, Ken Burns and numerous other independent productions … it hit all the right notes. I got the job with a lot of heart and no experience. For nine years I worked among the finest documentarians while cultivating relationships with media buyers around the world. I saw what documentaries could do in the world and I was hooked.

I launched my company, ro*co films, in 2000 with one, exceptionally good film “Regret to Inform”. I had countless international buyers thank me — saying they had never seen anything about war made from a woman’s perspective. I licensed the broadcast rights to that film into countless territories around the world. And that was the beginning of my addiction to the power of distribution.

No doubt you’ve seen many changes since you started. If you were to pick the most significant ones – -how would you describe their impact and how you responded to them?

The most significant change is the cultural and mainstream embrace of the genre. I have witnessed a genre thought to exist only on public television, achieve marquee theatrical success, with all of the ancillary platforms and press that come with it. Although I wouldn’t say documentary films have become mainstream, they have garnered a certain cache among film lovers. Everyone, these days, seems to want to be involved in a documentary…or at least talk about the one they saw on Netflix last week.

Which brings me to the second biggest change … digital; the good and the bad of digital. Digital platforms for these films have democratized how and when they can be seen. It is no longer only in the hands of a few powerful gatekeepers of media distribution as to whether or not a film can get out into the world. The consumer gets to decide.

We are in a challenging transition period, though, where broadcasters who used to not only be the bread & butter for the documentary filmmaker but also the gatekeeper to audience, are buying fewer documentaries and paying less for them. The good news is that digital is an alternative, but it takes real work to drive the viewers there.

In our foreign sales division, ro*co films international, we have to respond to these changes by playing nice and playing smart. In each territory there are decisions about what is best for a film — in terms of eyeballs and money. Paying close attention to windows becomes more important. Sometimes there is no conflict, but other times you have to choose between a broadcast deal that ties up the digital rights, or a digital strategy. Money used to be a helpful marker for the decision … but as broadcast license fees decline and digital income increases, the decisions become more nuanced. It’s one of the reasons we are so thrilled about our direct content distributorship with iTunes worldwide. If our broadcast efforts fail in a certain territory, we can promise our filmmakers we can still get the film out in the world.

You’ve just acquired a new film. Assume the filmmaker can devote substantial time to the release. What are the key things they should do to find an audience, engage and convince them to see it? What is the filmmaker’s job, what is yours and what do you take on together?

To answer this question, I need to know if we just signed on the film for foreign distribution, or did we sign it on for North American educational distribution? We curate differently for each division. I will answer with the assumption that the film was right for both.

On Foreign distribution and representation:

Immediately we need marketing materials – photos, poster art, press kits, etc. – that are cleared for international use. We also need broadcast quality deliverables as soon as possible. The worst thing that can happen is to get all the way down to a sale and to find out we still don’t have the deliverables required to service that sale.

Beyond delivering what we require, the filmmaker doesn’t need to do much more — at least at the beginning. She should keep us up to date on foreign festivals and communicate interest that comes directly to her. We also will rely on her to give us up-to-date programming hooks.

So for example we have a film about an American family’s challenges raising adopted children from Russia. When Putin recently outlawed American adoptions in Russia—our filmmaker sent us links to credible news sources reporting the new development. The filmmaker is the expert in the subject – and so anything she can send our way to help us illuminate why the film should be relevant to media buyers — the more success we will collectively have.

About a year later we have a pretty good sense of how the foreign markets have received the film. It may be the right time to go for the digital platforms. This is the stage where we (ro*co and filmmaker) both benefit by working together.

We provide all of our filmmakers a very informative and easy to navigate Tool Kit for best practices on social media. At this stage, it is up to both of us to drive the audience. The more engaged and active the filmmaker is with her social media…the more we can do together.

The best scenario is when we have decided to work together prior to her film festival premiere and we are ready to capture interest from the initial burst of momentum. With this kind of distribution the sky is the limit on how many people we can engage, beyond our schools and universities base.

Each documentary film brings with it specific sectors of the population that might have an interest in doing a screening of the film. So we begin to identify those organizations immediately. A well-prepared filmmaker has probably already made inroads and created relationships with non-profit organizations and NGOs who would likely support the film.

Or perhaps they were lucky enough to be part of the fabulous Good Pitch and therefore have commitments of support in place by organizations throughout North America. Either way, our model with this division thrives on collaboration between filmmaker and ro*co. A fantastic example of this is “The Big Picture: Rethinking Dyslexia”. This was a Sundance film in 2012. The production team has been working with a savvy and committed publicist and marketing consultant, Diana Iles Parker of Spoken Media.

They built a site which is inviting and engaging, making it simple for people to sign-up to receive a newsletter, learn how to host a screening, etc. The Facebook page is also managed beautifully by Spoken Media – it is doing a superb job of keeping people engaged in the issue…all the while keeping them part of “The Big Picture” family.

The educational window for the film just recently opened up — and already we are seeing extraordinary numbers. In part that’s due to the reputation ro*co has built among educators and educational media buyers, but without the commitment to consistent community engagement and outreach by the production team, we would not have seen these kinds of numbers.