​Money and Marketing for Creatives: Tips from the Creative Distribution Master Class​ 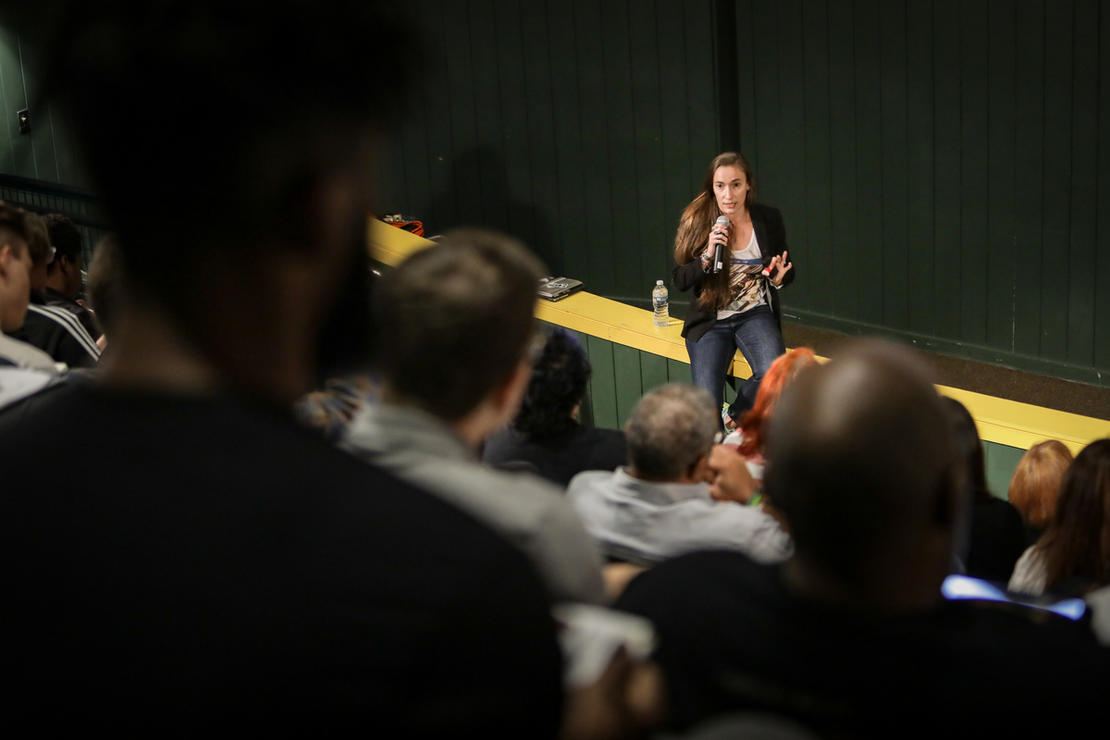 Michael W. Pannell is a writer and one-time filmmaker based in Georgia.

I wondered if I wanted to spend my Saturday at a workshop on how to creatively raise money to make movies and then ingeniously promote them and get them in front of an audience. Money and marketing: not my fav subjects. I’m a creative. A storyteller-artist. Please don’t make me think about money and marketing.

But that was Sundance Institute’s offering just down the road. Not in New York, not LA or Utah, but over in Macon, Georgia, an hour and change south of Atlanta—a Sundance Institute Creative Distribution Master Class.

That was my attitude when the opportunity to attend and write this blog came up: kind of bad, kind of good. Similar to having to do math in order to get pretty images in a camera and onto a screen. I hate math. But I also need math. So it came to this: Sundance Institute, can you get me past my evil thoughts about fundraising and marketing to something I can wrap my storyteller brain around?

Turns out, pretty much yes. And Sundance staff and guest experts made learning tasty with been-there-done-that-stories and a fly-by-the-seat-of-your-pants expertise, making them more like fellow sojourners than pompous achievers. It kept things friendly and them approachable—and me teachable.

In discussions on audience building and creative distribution, the mantra was: use social media, email lists, crowdfunding, existing friendships, networking, partnerships, in-person events, and targeted and created interest groups to help build a film’s audience and following for future work. Take the tools, be creative, learn from others, and work hard.

An early twenty-something filmmaker told me his mind was blown at the revelation that he had access to the same tools successful filmmakers were using to finance and promote projects. The realization that social media wasn’t just a toy gripped him.

Producer/writer/director and master class panelist Angela Tucker said she first started building an audience through her blog, which initially wasn’t about film at all. But it allowed people to “understand me as a writer,” she said, and formed an email list that fostered interest in her film work.

Other panelists included Elise McCave of Kickstarter, award-winning producer Summer Shelton, and producer Benjamin Wiessner (Thunder Road, 2016 Sundance Film Festival Grand Jury Prize). Their sessions bulged with insights—more than I can give their due here—but here are a few tidbits:

The Creative Distribution Fellowship itself was a natural topic of the day, but a lot has been written about it elsewhere. I’ll say this though: it was beautifully incongruous seeing 100 or so creative types enraptured by case studies of two Sundance-supported films, Columbus and Unrest—think PowerPoint statistical analyses and project documentation. I’m calling it harmonic dissonance between artistry and business. Things got deep and all the more intriguing as presented by Jess Fuselier, manager of research and education for the Creative Distribution Initiative, who is a film junkie and girl’s STEM education promoter; a code-monkey and ballerina. Perfect.

Being in Macon, filmmaking in the South was another topic bound to come up. Wiessner, from North Carolina, probably summed things up well by saying, “There’s been enough g**d*** stories from New York and LA.” That and acknowledging the South’s tremendous landscapes and vistas plus film tax credits and the fact that, yes, you can rent, buy, and ship cameras anywhere now, carried the session—in addition to the fact that people in the South will often let you do stuff on their land … for free.

The local event allowed invaluable exchanges among participants and with experts. And I, like the young twenty-something and many others I talked to, got a new or sharpened realization that tools and advice are there to raise a few bucks to make a film and get a few people to see it—and then some more.