Native Filmmaker Julia Brannum on the Story Behind Her Documentary ‘LaDonna Harris: Indian 101’ 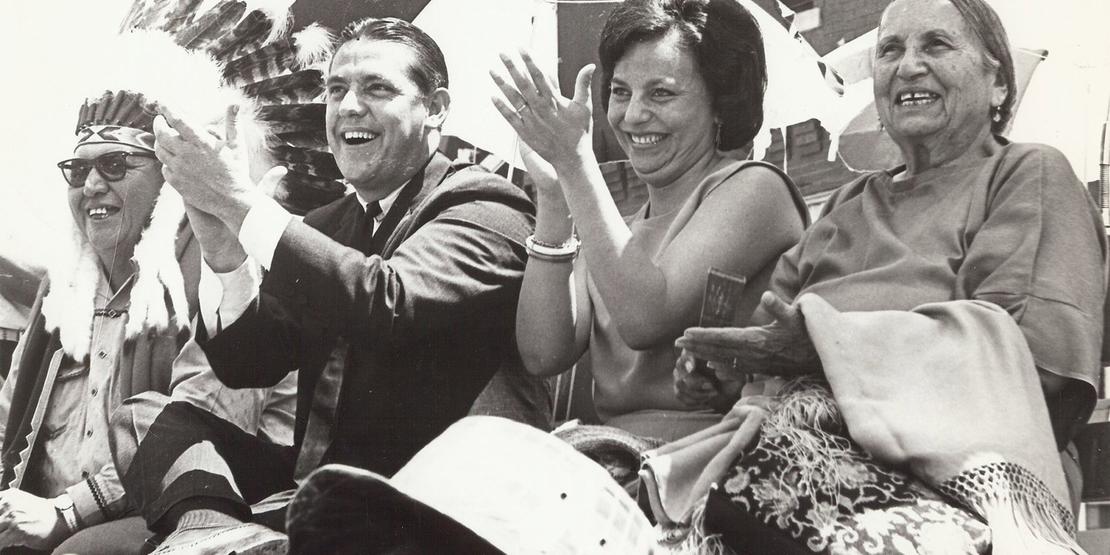 The power to create change—this single idea has been at the forefront of every great movement in American history, and my documentary, LaDonna Harris: Indian 101 showcases this power in the life and work of Native rights leader LaDonna Harris. LaDonna has paved the way for American Indian civil rights and is now passing on her wisdom to a new generation of Indigenous leaders from all over the world.

After marrying her high school sweetheart, U.S. Senator Fred Harris, the couple moved to Washington, D.C. It was about that time when President Lyndon Johnson saw her passion and influence and assigned her to educate government officials on the unique role of one of America’s most marginalized demographics: the American Indians. This course was called “Indian 101” and was taught to members of Congress and other agencies for more than 35 years, giving voice to an unrepresented people.

This networking, along with her warm personality and progressive ideas, brought about more positive policy change for American Indians than any other time in Native history. Her legacy makes her one of the most important Native women in all American history.

Today, in her 80s, LaDonna still manages to be as active as she was in her youth and travels the world training emerging Indigenous leaders to think outside of the box to deal with globalization, while using their traditional values and governance structures as a tool for reform.

LaDonna is not just a political figure; she is also my great aunt. My Comanche grandmother was raised as LaDonna’s older sister when she was orphaned. When I was growing up, I always heard her name in our household about the important things she was doing out in Washington. We all saw her as a jet-setting celebrity type. Networking, rubbing elbows with big politicos. She was on TV all the time, in magazines and newspapers. The Kennedys and Johnsons were my aunt and uncle’s best friends! That was a big deal for us Comanches out in Oklahoma.

It wasn’t until recently when I was researching footage for another documentary that I came across an incredible amount of archival material that featured LaDonna. A new idea was sprung and I flew out to New Mexico to visit and talk about the idea. What a wonderful trip it was—we went out to the Taos Pueblo for San Geronimo Feast Day, drove through the Sangre de Cristo Mountains, heard all her stories about her upbringing, and scoured our family tree. It was a very important visit for me personally.

So here I am three years later, having received grants here and there to get me through production. I have found myself in the very first stages of post-production, and I am still doing everything I can to get that last bit of funds to get this incredibly important film ready for the world to see.

I believe that LaDonna’s message has the potential to educate and mobilize individuals all over the globe. She’s a different kind of person—most will probably never meet anyone like her in their lifetime. I really look forward to helping to share her voice and spirit with the world.