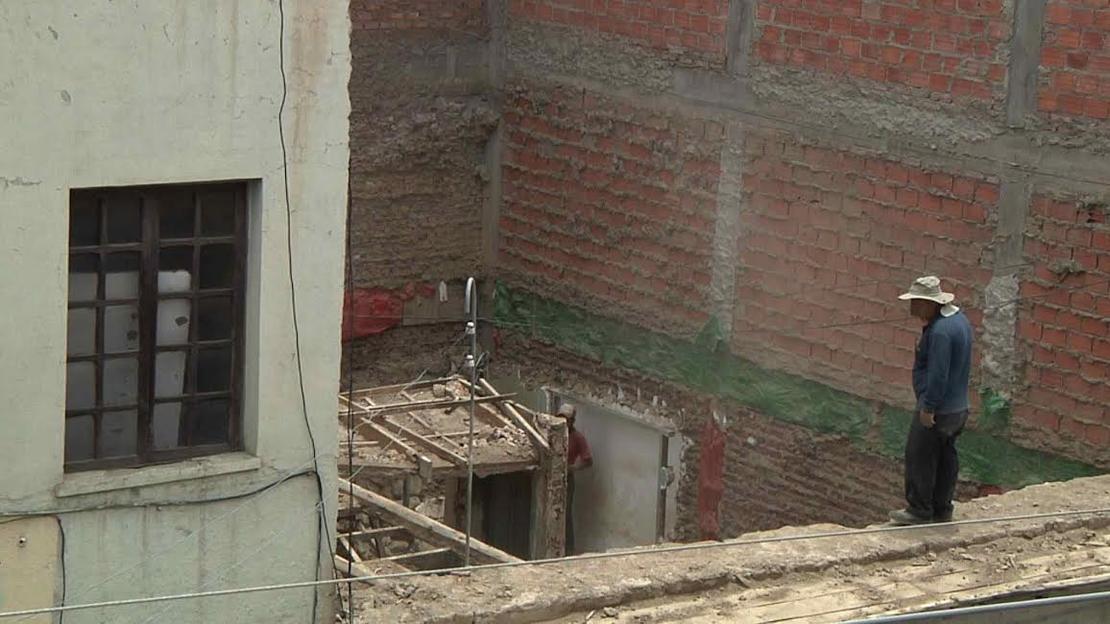 Tin Dirdamal is a Mexican filmmaker and Sundance Institute alum whose documentary DeNADIE took home the World Cinema Audience Award at the 2006 Festival. He used Kickstarter to fund his 2014 project, Death in Arizona.

I arrived in Bolivia from Mexico some years ago, both fascinated and compelled by a small city that fought a war over water. My plan was to go there and film that story for three months and turn it into a documentary.

Those months turned into seven years. The story was so layered in complexity. It confused me and troubled me, as I couldn’t understand what any of it meant. During this process I met a woman. My love for her would force me to abandon everything in pursuit of her. Much of which was an excruciating journey of utter solitude for me.

This is what my new film Death in Arizona is about—lost love—and my attempt to liberate myself from the anguish so as to turn it into something beautiful and powerful.

I met this woman I speak of on the street in Cochabamba, Bolivia. I was intrigued and captivated. She invited me to her apartment, and that very same night I moved in with her. We immediately became lovers but without any physical touch. Though we slept in the same bed and never once closed the bathroom door, it was as if we were containing our sexuality in that apartment, without any words or explanations.

One unusually distracted day, she proposed that we abandon everything and escape together, anywhere. My lack of response was interpreted as rejection and before I knew it, she was gone. I looked for her everywhere. I abandoned my work, my life, and literally crossed the continent in search of her.

When I finally found her all she could say was that it was too late. No words, no desperate attempts, nothing could persuade her that she was all I needed.

When I finally realized that I had lost her, I escaped to the desert of rural Arizona, where I would attempt in solitude to liberate myself from her. For the next months I battled my inner demons and the daily devastations of waking up without her.

It was then that I picked up a camera and started shooting this process. I returned to Bolivia to her old apartment, the place where we had met, lived with such ease, and loved with such mystery. I returned to the empty rooms. To who and what we had been. And I documented it.

At first it was just our old mattress. Then, a fallen chair. Time as dirt and time as pain. The solitude and anguish eventually began to change. As I attempted to capture the vacancy of both the apartment and myself, the windows became my greatest distraction. Through them, I began to document the passage of time: the demolition and reconstruction of a building, a family of four turning into a family of five, the vacancy of a school playground during summer, and the formal chaos of the school year.

I am an engineering student turned filmmaker. I am from Mexico. In 2005 I directed and produced my very first project, DeNadie (No One). It’s a documentary of a woman from Central America who is forced to leave her family in search of a better life. It premiered in the World Cinema Competition at the 2006 Sundance Film Festival and won the Audience Award. Later it won an “Ariel” in the Mexican Academy Awards. It was an unexpected experience.

My second documentary is called Rios de Hombres (Rivers of Men). It received funding from Sundance Institute, Tribeca Film Institute, and the AlterCine Foundation, and recently premiered in the Buenos Aires International Film Festival. I’m hoping to tour the film to new festivals soon and to self-distribute my work as an independent artist. Death in Arizona will be my third project and also my most personal. I’d love to produce a film in a whole new way by using your support to create and share this film. I chose to try this experiment on Kickstarter.

I’ve been inspired by this community on Kickstarter and the creative energy it creates. Already I have over 90 backers supporting my project—many of whom I’ve never met and don’t know. Our campaign has already raised $13,000, but we have more to do to get to our goal of $38,000.

I am honored to be an alum of Sundance, and even more honored that you have explored my project. If you help us with even one dollar, your name will be in the credits and you will be a part of this. You, like me, believe in love. Thank you.