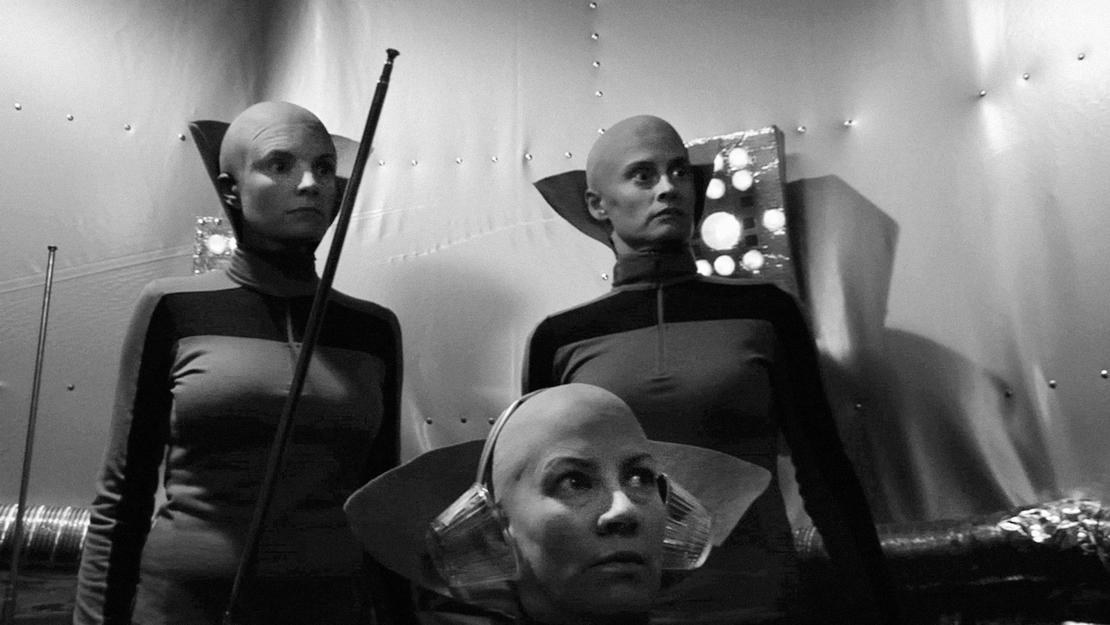 As I’m writing this, an article in Indiewire with a somewhat mocking title—“The Kickstarting Never Stops”—has appeared mentioning how three films (including mine) which played at Sundance are still looking for funds. I personally felt some trepidation about announcing a Kickstarter campaign after the movie had already premiered. Wouldn’t that seem silly if the movie has already been screening? How would there be any urgency for people to donate?

But we didn’t have much of a choice. We jumped into making this feature without really knowing anything about the reality of post costs (honestly, if we had known everything, maybe we wouldn’t have gone ahead), and we lucked out by getting into Sundance. But in hurrying to finish the edit, some of the aspects of getting the film distribution-ready had to fall by the wayside. So here we are in the position of raising money for a movie during its festival run.

Like most people, I was totally intimidated by the idea of asking people for money. In film school, I was always secretly horrified by the budgets of some of my classmates shorts, many of which could have been used to provide an irrigation system to a small village.

Before film school, I did theater in the East Village for years. At a certain point, downtown NYC artists started sending fundraising letters to people—including other downtown NYC artists—and they were genuinely scandalized. Wasn’t it enough that we worked on each other’s shows, and/or had given up our few available nights to watch them, and now they were actually asking other artists to fund it? It seemed like a snake eating its own tail.

Flash forward to Kickstarter. When I first heard about it, my response was cynical. My friends and I all thought it was a good idea, but really, how could you use something like that more than once?

What changed my mind about a Kickstarter campaign was a workshop the company held for Sundance alumni. I learned that there were people on Kickstarter who enjoyed “collecting projects,” and that the top collectors were even competing with one another for how many projects they funded. So in other words, going on Kickstarter would allow for these people to find me, and I would then be able to benefit from their competition with each other.

My therapist talks a lot about how I “don’t ask people for help” and how I “need to let people help me.” “If you build it, they will come,” she even had enough nerve to say in one session. The irony is that after years of therapy I’ve finally been having this experience via Kickstarter. There are people I know, of course, and friends, who have donated, and that means a lot. But there are also people whom I don’t even know who have donated to the film. They just chose to bless Codependent Lesbian Space Alien Seeks Same with their munificence.

I was asked to write this blog to share some of what I’ve learned on Kickstarter with other Sundance artists. First of all, I know they advise you against having a long campaign, but I thought I’d be too hysterical if there was too much of a time crunch, and I wanted to avoid pressuring people. So we decided on a two-month campaign. It so happens that it was the smart thing to do, because every time the movie plays at a festival, more people donate.

As the director, you are really close to the project and might not be the ideal person to create the campaign. I had my associate producer, Lucy Sexton, set up the page, which was extremely helpful, since she brought a fresh perspective and created a list of prizes—Lesbian Pub Crawl, anyone?—that were truly inventive. That prize list isn’t incidental, it’s very important and helps you feel good and have confidence while fundraising.

Kickstarter’s advice to have an event with laptops ready so that people can simply step up and donate to the campaign makes it even more compelling. Even if you don’t feel comfortable asking someone for money in person, you can always ask if they can spread the word about the campaign by reposting the page on Facebook—sometimes people get so interested by seeing the page that they decide to donate anyway.

In LA, we were amazed when a famous actor whom we admired so much saw the movie and asked to see the Kickstarter page we mentioned in the Q&A—later he donated a thousand dollars. After we got the news, we spent the rest of the night watching YouTube clips of his brilliant work and saying, “He gave us a thousand dollars!” But don’t make a mistake that I did, which was failing to factor in the actual cost of shipping each prize (I just got a shock when I mailed the film’s T-shirt to a friend). We’re currently shipping a truck load of T-shirts, which will cost us, so we’re definitely trying to exceed our Kickstarter goal.

I remember how surprised I was to read in an autobiography of Fellini how he and his producers spent years knocking their heads against a wall trying to get together the budget of a new film, and that was after he had made 8 ½ and Nights of Cabiria. You think at that point the money would have just been handed to him. How is it that the greatest cinema artist—possibly of all time—would not know if he would have the funds to make his next picture?

Don’t you think there was a nation of people sitting at home, twirling their pasta on their forks, waiting and wishing that the local cinema would get a new Fellini picture already? They would have gladly spent the price of a box of pasta to hurry that process along! Kickstarter has created a system to allow those who love cinema to do that, and Sundance has compelled those who want to make cinema to do that too. For me it’s been an experience that’s been both surprising and inspiring.