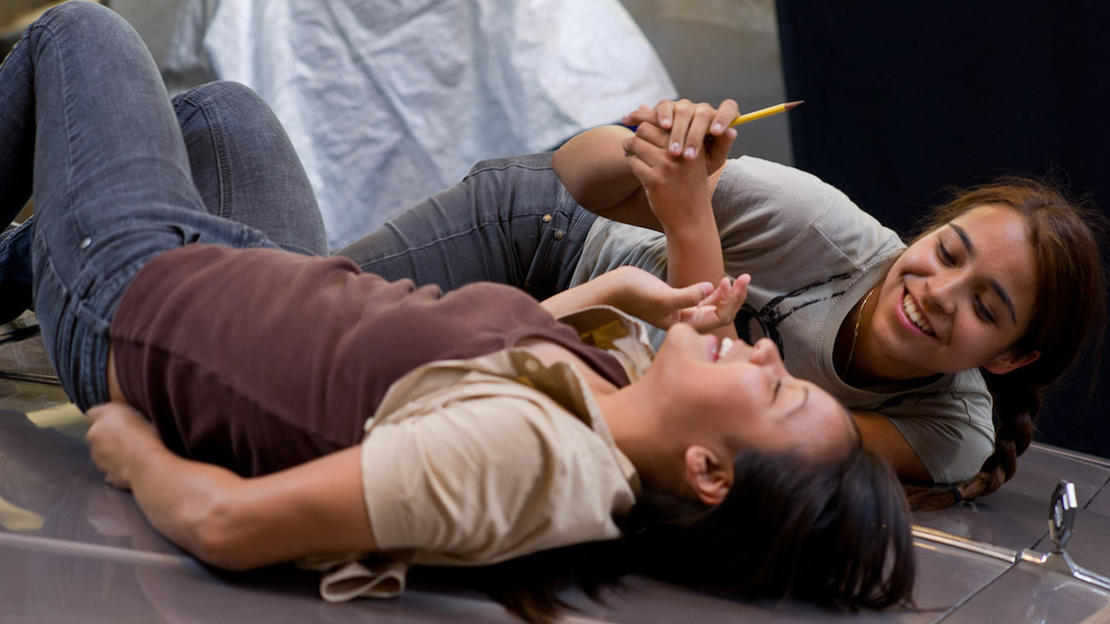 When I discovered their brave works as a freshman in college, a fierce creative seed was planted in me. It was a calling I had the moment I was stripped naked by their words. I wanted to write with that same naked honesty. It was a critical juncture in my life, and it spurred me to become the filmmaker I am now. All the work I set forth is my naked truth as a woman, a Xicana, an indigenous Mexican, a daughter of immigrants, a tough urban girl who never acquiesced to societal norms.

The inspiration behind my debut feature-film, Mosquita y Mari, was my own adolescence. I had a few same-sex friendships throughout my youth that were very layered. How can you not have a whirlwind of feelings for your closest friends? You pick them because they’re cool, they’re nice, they’re different from the rest, they look out for you, they listen to you, and they take care of you. There’s bound to be chemistry there. Feelings of love and desire are bound to develop. It can be such a loaded relationship because we learn not to cross that line and so a lot of this tension goes unspoken.

Mosquita y Mari explores this vulnerable space we navigate as young people. Itin essence revisits the power that love has. It’s the kind of emotion that opens you up in a way that is deeply spiritual. It opens your eyes to life and it makes you want to stay with that connection. In a way it can remind us of our potential as humans.

The characters in this film reclaim that emotion and I think it is important that it be two girls experiencing it together. I have experienced love with both genders and the rollercoaster ride of emotion is no different. What makes the experience different is homophobia, heterosexism, and heteronormativity. All in all, I feel this film has a unique angle on the coming-of-age story and it deserves to be told.

So how can we tell this story? Thankfully, Sundance Institute recently partnered with Kickstarter to help launch projects like mine. So it is with great enthusiasm that I invite you to become a part of this exciting community we are building around Mosquita y Mari.

My team and I have worked very hard to produce an exciting campaign that includes a teaser-trailer of the film as well as special rewards/incentives for ANY level of donation. For example, award-winning Xicana printmaker Favianna Rodriguez has designed an original poster inspired by Mosquita y Mari available only via our Kickstarter campaign.

I hope you’ll feel inspired to join me in telling the story of Mosquita y Mari! Visit us and please share with your own network of friends. Our last day to raise funding is May 26. Thank you.