​David Larkin on Why He Founded GoWatchIt.com 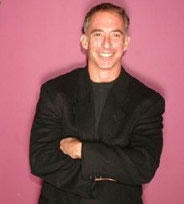 David Larkin is a serial entrepreneur who, after realizing there was no good way to keep track of all the movies he wanted to see, launched Watch It in 2011. He has worked throughout the film industry, from location scout to production manager. He splits time between New York City and Los Angeles.

Film festivals are an amazing launch pad for your film. Hopefully your film will premier at the festival, be anointed by the critics as the new coming of Sex, Lies and Videotape, you’ll sign a major distribution deal for big bucks, and then your profit will really kick in as the film platforms from a limited release to a wider release. You get a first-look deal from a major studio, option Michael Lewis’s next book, and do it all over again on a bigger scale where your artistic vision can be fully realized without the constraint of a small budget.

Take a moment to consider if that does not happen.

It may be that your film comes out of the festival with some buzz and you get a distribution deal relatively quickly. Or maybe you even win a major festival but it takes you almost a year for your film to be released on cable on demand (it happened to us), and you spend the next few months going to smaller festivals and promoting your film any way you can.

In those cases, you need to find a way to take advantage of the buzz you will generate when your film is fresh and new, and try to aggregate an audience that you can notify when your film is finally possible for them to see, whether in theaters, on demand or on line, or if your grandmother is burning DVDs and mailing them out.

We have recently launched Watch It.

Watch It is a universal movie search and movie queue, that lets our users see all the ways that the movies they are interested in are available. Watch It also lets them add movies they are interested in to a queue, and get alerts for any new availability for a film. It’s basically a way to connect movies and audiences that lets users focus on what they want to watch while we take care of the where.

Energetic and innovative use of Facebook and Twitter is like blocking and tackling these days. Of course you need to do that, but since everyone else is doing it, you also need to come up with new strategies to try to break out.

We think Watch It can help. When your film first premieres, and the early reviews and blog posts come out, it’s super important to do all you can to capitalize on that and capture your future audiences attention and interest, even before they can see your film.

We suggest e-mailing, posting and tweeting about your films Watch It Page to your friends, fans and followers. If your feature film is not in our database, contact us and we will get it in. The more film fans that queue your film, the more momentum you generate, the more ammunition you have to convince a distributor to take you on as early as possible.

When your film is finally available, you’ll be able to push out reminders to an audience that has already expressed interest and Watch It will automatically keep them updated with new availabilities. Facebook and Twitter are integrated in the platform, so all of the great tools that are already available will help reinforce each other.

Whatever you do, it’s important to come out of your film festival with the most momentum possible, and have a plan to amplify everything you do using the power of the Internet and other alternative media.

You’re going to spend a lot of nights in hotels showing your film to folks in lots of venues; film festivals, colleges, film societies. Make sure you have a plan to get the most out of all your hard work. It all starts with your passion but make sure your left-brain is fully engaged as well.