How to Fundraise for the Cause Behind Your Film 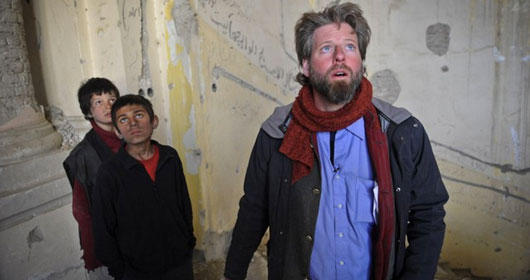 Some of the best documentary and feature films often focus on a marginalized, isolated, or troubled community. Throughout the process you get to know the central characters in your story, and learn about the forces affecting their real, or fictional, lives. These people’s circumstances have moved you, mystified you, or pissed you off so profoundly that you feel compelled to explain them to a wider audience and do what you can to help along the way.

But once your film gets into festivals, theaters, and Netflix queues, what’s next?  What more can you do for the individuals whose stories you’ve so painstakingly told? You’ve of course heard about directors and producers using crowdfunding to cover their production expenses and get their movies made. What you may not know is that filmmakers are also using their movies to launch philanthropic crowdfunding campaigns, too. They’re using such platforms as Rally.org to bring their films’ on-screen advocacy into the off-screen lives of the people in them.

Take the two 14-year-old stars of The Buzkashi Boys. One of them had never left Afghanistan, spending his childhood selling dictionaries to foreign visitors in Kabul. When the live-action short received an Oscar nomination, director Sam French wanted to give the boys a chance to celebrate. He created a Rally.org campaign to raise $10,000 to get them to this year’s Academy Awards; any extra donations would help pay for the boys to attend college. The campaign went viral and attracted financial assistance from Turkish Airlines and the U.S. State Department. The boys went to the Oscars, and the more than $12,000 raised on Rally will go into a college trust fund for them.

Another example: Blood Brother, which won two documentary awards at this year’s Sundance Film Festival, follows a disaffected American who ends up running an orphanage in India devoted to children with HIV and AIDS. The orphanage’s most immediate challenge is feeding dozens of growing kids every day, so one of the film’s producers, Danny Yourd, launched a fundraiser to buy a year’s worth of powdered-milk packets and eggs. (That amounts to about 24,000 and 11,000, respectively.) Yourd set a target of $5,000 with suggested donation amounts ranging from $5 to cover eggs for a day to $100 to buy milk and eggs for a week. This Rally campaign currently totals more than $7,400 and continues to attract contributions.

Seeking crowdfunding for your film-related cause isn’t much different from using crowdfunding to help you make your film. Rally.org can do both.  With Rally.org you can tap into your already interested and dedicated audience—one that’s ready to take action on a social issue that they learned about from your work. Directing your supporters to a Rally page helps further educate them about why that issue matters to you and demands action. As with any effective crowdfunding effort, you’ve got a video to introduce your film, your cause, and your beneficiaries to potential backers. You’re using social media to post photos and blog updates about how the money will help people. Similar to rewards or perks tied to certain dollar amounts, you can spell out exactly how much money is needed for certain goods and services related to the cause.

A platform like Rally gives you the flexibility to run a cause-based campaign for as long or as brief a time period as you like.  Once you’ve hit your first fundraising goal, you can create other campaigns related to your cause, with their own timelines and donation targets. The more closely you connect with your fans-turned-donors, the more you strengthen their support and extend your impact to make real change happen and keep your audience engaged in your project.

Social-good crowdfunding enables you to build an audience for your future projects by tapping into supporters of the cause you’re highlighting. For instance, suppose you’ve made a feature or documentary about child trafficking. Your fundraising campaign to help trafficking victims can subsequently attract people who are concerned about the issue but who aren’t familiar with your work. Producing the film has given you expertise that makes you a leader in advocating on this issue. Once you’ve engaged supporters of your cause, you can build on the success of your cause-based campaign to bring in media attention, future collaborators, business partners, fan fundraisers and film fans.

The next time you’re thinking about crowdfunding the creation of your next film, consider crowdfunding beyond the production process. You’ve built a relationship with a community that’s important to you, you and your community also have the power to give back to the people who’ve helped you achieve your artistic goals.