Christmas, Again is now available on Netflix. In its short life, the film has had an amazing run. As a small film distribution company (Factory 25), it’s really important to focus on making partnerships on all levels to help get films out into the world. With Christmas, Again we were able to do that. Working with a hands-on director who wants to be involved with distributing their film is really important, as is support from the actors and anyone else involved with the film – this was the case from day one. Our director Charles Poekel and I were able to team up with a great team including Fandor’s Jonathan Marlow, who was a big fan of the film out of the Sundance Film Festival and was willing to give an advance to the film. We would combine forces and make the film a Factory 25/Fandor release, which gave Fandor an exclusive SVOD window. Additionally, Sundance Institute Artist Services program would help promote and service the film digitally through Quiver Digital, Brigade came on to handle PR for the theatrical and digital release, IFP supported the film as it went through their filmmaker lab, and we were able to work with The Mayor’s Office as part of their Made In New York film initiative.

Here’s a quick overview of the film’s life:

Christmas, Again’s festival life was amazing (if not unusual), which I believe is due to the personal nature of the filmmaking. It’s rare for an American film to premiere internationally and later make its U.S. premiere at the Sundance Film Festival. The film premiered at the Locarno International Film Festival in August 2014, went on to play Sundance in January 2015, was was followed by a New York City premiere at the prestigious New Directors/New Films Festival. After all was said and done, Christmas, Again went on to play more than 10 festivals prior to the December 2015 theatrical release, which was integral to the film’s exposure and to help keep people talking about the film.

Christmas, Again’s theatrical run of 12 cities was highlighted with weeklong runs in the three biggest film markets of New York City, Los Angeles, and Chicago. The film’s staggered release over three consecutive weeks facilitated press in each of the subsequent cities. A great film with amazing reviews isn’t often enough to make money theatrically, and a theatrical release for small personal narrative indie films without star actors is really a tough sell to the moviegoing public. The film grossed $3800 theatrically, which I consider a big success. The theatrical release is more of a way to garner publicity, reviews, and word of mouth, which will hopefully lead an audience to watch via VOD or digitally. The film’s theatrical run leads to enough reviews in Rotten Tomatoes to be considered “fresh,” which is so very important with starless indie narratives. Charles also helped make the screenings events by traveling to the major cities for Q&As. Looking back at what we did, the big theatrical question mark is Los Angeles. We had to rent (four wall) the theater there for $5000 and kept the ticket sales, which came to $1400, netting a loss of $3600. That was the only four walling we did for the entire run and being able to say we played in the three major markets helped the film book other cities. We did get a great review in the Los Angeles Times, but that was really the only press generated by the Los Angeles run. Getting people to come out in LA is tough for an indie movie and my hope is that the buzz from the film and the one review in The LA Times motivated people to see it digitally.

Earlier this year the film was nominated for a Spirit Award. The awards ceremony is the same weekend as the Oscars and the film did not get a boost in theatrical at all due to theaters being understandably reluctant to book a Christmas film post-holiday season. The film only had one February screening (in NYC) for a hometown audience and people did turn out. 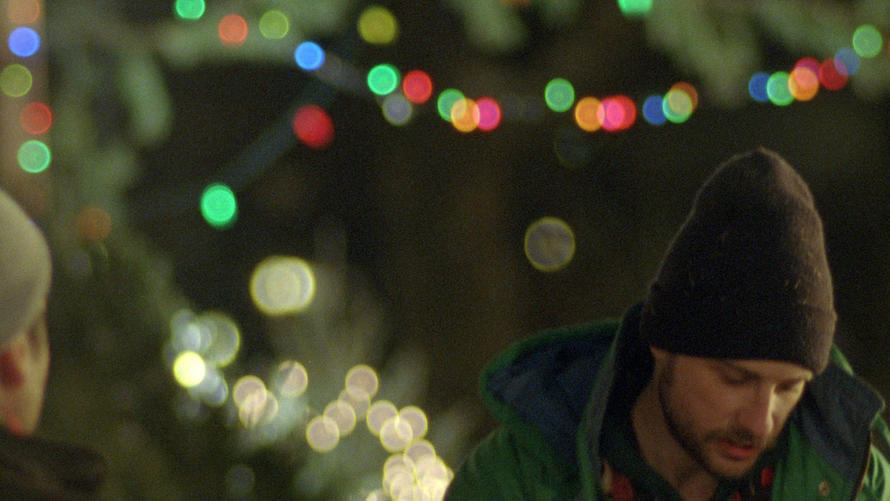 The film was released digitally on the same day as the New York City theatrical release in order to take advantage of the theatrical press coverage. We also had to take advantage of the holiday season because the film is a Christmas film that we believed had an expiration date of December 31. The film was released via SVOD (subscription video on demand) for three months via Fandor and was released TVOD (transactional video on demand) via iTunes, Amazon, Vimeo and other pay per view outlets. Making the exclusive deal with Fandor and doing the co-release was an integral part of the films success by using their resources for PR and marketing by pushing the film digitally and theatrically that helped sales on all platforms. Netflix adding the title to its platform was really the tipping point financially for the film. Netflix only buys a small amount of true indie films and playing at the Sundance Film Festival helped push the sale through thanks to their deal with Artist Services.

Hiring Adam Kersh (Brigade Marketing) for PR was key to the successful release. The film was visible early as part of winter release articles in The New York Times and on Indiewire. Then the week prior to the release there were feature articles in The Wall Street Journal, Filmmaker Magazine, Keyframe and interviews on public radio. The weekend of the New York theatrical (and digital release) the film was able to quickly get enough positive reviews to be considered 100% Fresh on Rotten Tomatoes and by the end of the run the film had 16 reviews, all of which were positive. The film also received press from the digital release in the TV section/what to stream section of The New York Times.

Through the partnership with Fandor we were able to feature a Facebook banner campaign promoting the film digitally on their sites that help sales on Fandor as well as other platforms. We also put an additional $100 into Facebook ads to promote the theatrical release.

We took advantage of the location where the film was shot and promoted the Christmas tree stand with posters and promotional giveaway items at the stand. We also created 500 promotional “gifts” of tea flowers (which were in the film). These were given away at the stand and at theaters and contained a promo code for a discount on a digital purchase.

We were fortunate to also have support from The Mayor’s Office though their Made in NY program that promotes films that were shot in New York City. There is an application and approval process but I highly recommend that any film that qualifies apply. For less than $100 we were given 250 subway ads and 20 huge bus station posters.

Here are some of the sales stats so far (many of the platforms have not reported sales from December yet):

90% of sales in the first four weeks

Note that Artist Services’ deal with Quiver means that filmmakers receive 100% of the money comes back to Quiver. Quiver charges an upfront fee for all of their servicing work (less than $2,000) and takes no Distribution Fee.

Approximate net totals so far for digital so far: $16,204

Once digital numbers come in from other platforms, the distribution of the film will be profitable.

Matt Grady is the founder of Factory 25, an independent film distribution company launched in 2009. Factory 25 is a home for conceptually provocative narratives and documentaries. Grady was recently named “One of the Most Influential People in Brooklyn Culture,” and has been called “One of the most important curatorial voices of new, independent American films.” His mission is to expose the world to under-the-radar films, music, and other curiosities theatrically, digitally, on TV, VOD, via subscription, limited edition DVDs with vinyl LPs and books. Grady also produced Onur Tukel’s Summer of Blood (2014) and Applesauce (2015). Factory 25 headquarters is in Brooklyn, New York.