Greenlight Your Audience: GoWatchIt Strengthens the Nexus Between Filmmakers and Fans 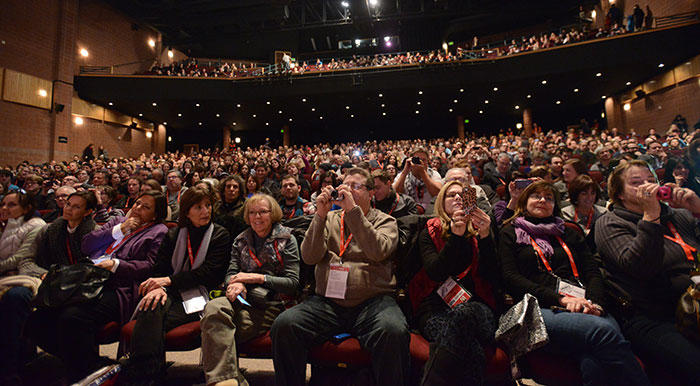 In Hollywood, when a studio committee greenlights a film, there has been an economic analysis that takes into account elements such as genre, attached talent, appeal to international markets, etc. They also often slot it into some release date years out, mindful of other announced films and national holidays. It’s a game of checkers played by elephants.

An independent film is greenlit by parents, friends, and co-workers. Through crowdfunding platforms like IndieGoGo, Kickstarter, and Seed&Spark, independent films – incredibly – are also now greenlit by complete strangers. There is often not very much in the way of economic analysis and (with very few exceptions) there is no one saving you a release date.

No one told you do make that movie; you were likely counseled against it by the fiscally responsible parties in your life. You made it because you had a story to tell and you had to try. You didn’t make that film because you thought you were going to make a lot of money. It’s that passion that makes almost every Sundance film a great experience. Actually, I take part of that back – you hope you will make money. But no matter how many people go to your festival screenings, it won’t be enough people. Ultimately, every film at Sundance needs to find a wider audience.

Pretty soon, the Industry Oscar machine will fully gear up and we will become submerged in an ocean of hype and hyperbole from the 44.5B per year studio system, which spends billions on marketing its product every year. But for 10 days in January, Sundance more than punches its weight. Try this: Google “films to watch at Sundance 2016”. As of today there are 10,300,000 results!

It’s pretty obvious that exponentially more people read about and are interested in Sundance films than actually go to Sundance. Part of the challenge is to convert some of that potential audience and festival buzz into paying customers down the road when the films are available to a wider audience – which according to our analysis is an average of 206 days after its festival premiere. As Keri Putman, Sundance Institute Executive Director, puts it, “If we don’t have a strong community of audiences for indie films, we don’t have a strong industry.” I am very proud that GoWatchIt and the Sundance Institute are collaborating on a great way to help with that.

For film fans that just can’t make it to Utah this year, or who are at the Festival and can’t get into a hot screening, look for the GoWatchIt button on each page of the Festival’s Digital Film Guide or mobile apps. A GoWatchIt alert can be set for any feature film in the Festival (look for the orange ‘Set Alert’ button on the bottom right of each page). That’s it. After setting an alert, GoWatchIt will automatically send an email whenever that festival film is available in theaters, On Demand, or on Netflix, iTunes, Amazon and other services you select.

Filmmakers: Make sure your PR team, fan base, friends and creative collaborators are aware of this feature and that they get this message out there to their own audiences with a goal of trying to get as many alerts set as possible. The more more alerts set, the bigger your potential audience can be on release (It’s also a great signal for distributors to see a big ‘pre-audience’).

Film Fans: We’ll keep track of these films for you. Use GoWatchIt to create a list of buzzworthy films you heard about at the Festival, and you can find them when they come to the marketplace. You won’t be forced to watch sequels, prequels, or re-boots. Or at least you can season them with some Sundance film flavoring.

GoWatchIt is an entertainment discovery engine that enables prospective viewers to discover where and how movies and TV shows can be purchased, rented and otherwise viewed, including in theaters, on DVD/Blu-Ray, online/on demand and on traditional TV. The company operates its own website and mobile applications, but is also a innovative B2B company, and licenses its software to movie studios and content distributors, including Warner Brothers, Universal Studios, Paramount, IFC and others.