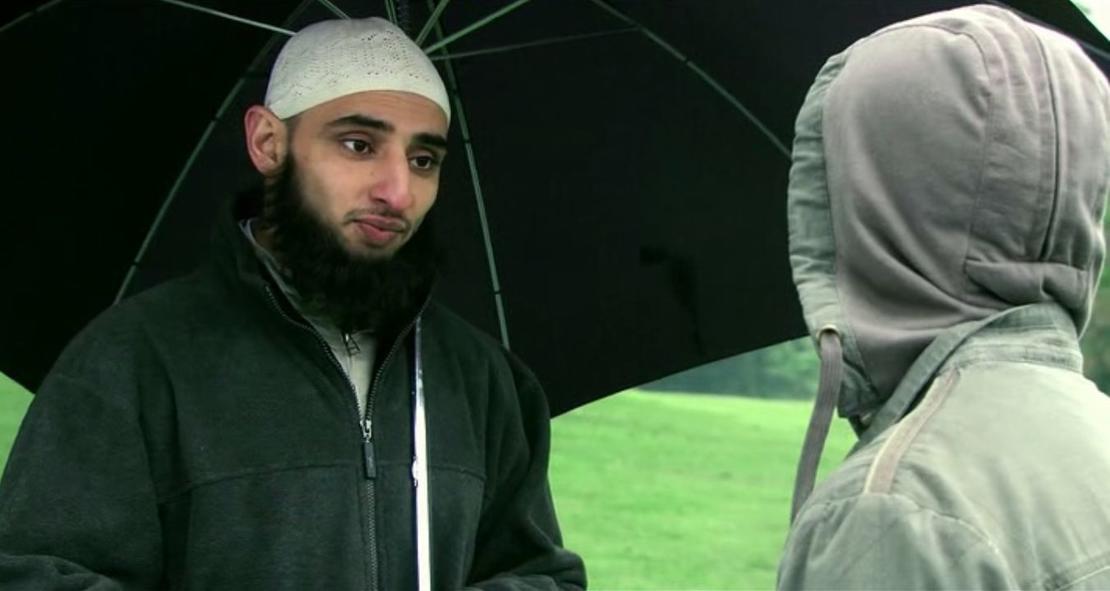 Writer/director Chris Morris answered some questions with his Four Lions team about his hot-button film set to premiere on Saturday, January 23, at the Sundance Film Festival.

Q: How did the film come about?

Morris: I was reading about a plot to ram a U.S. warship. In the dead of night with the target moored just offshore, the cell assembled at the quayside, slipped their boat into the water and stacked it with explosives. It sank. I laughed. I wasn’t expecting that. You know, the Hamburg cell was lead by Mohamed Atta—but did you know he was so strict that the other plotters called him “The Ayatollah”? That every time he formed an Islamic discussion group he was so critical he fired them all within a week?

The unfathomable world of extremism seemed to contain elements of farce. Cases in the high court and meetings with Muslims only confirmed the impression. People go to training camps in the wrong clothes, forget how to make bombs, fight with each other and then fight again over who just won the fight, volunteer for the mujahedeen and get told to go home and “do the knitting.”

They talk about who’s cooler—bin Laden or Johnny Depp? The more I looked, the more reality played against type. Then the penny dropped. A cell of terrorists is a bunch of blokes. A small group of fired-up lads planning cosmic war from a bedsit—not a bad pressure cooker for jokes.

Q: What interested you about the subject matter and why did you want to make it?

Morris: Well, the subject matter is turning a massive global wheel at the moment. How could you not be interested? Once you’ve had your preconceptions flipped, and discovered it can be funny too, how could you not make a film about it?

Q: How much of the film is based on real events and situations you discovered through your research? Are there any scenes which are actual recreations?

Morris: No actual re-creations—though sometimes it was tempting. Sometimes reality was almost too ridiculous. Like the jihadi who disguised himself as someone from MI5 to try and trick his parents into letting him go to Pakistan. I heard a surveillance recording of two suspects in the middle of the night.

These guys have had 600 kilos of fertilizer in a lock-up for two months. The 17-year-old wakes up the 20-year-old and says, “Brother, that fertilizer’s not for gardening, is it?” Moments like that can work as a starting point. They give you a clue about the set-up of the group – who keeps what from whom, who’s on the ball and who’s not.

Q: Did you have any advisors attached to the film?

Morris: A crew is always a committee of advisers—design, photography, etc.—and our crew was superb. But if you mean a specific “cultural adviser” on the team, then no. Often, a production will have a rather bolted-on “cultural adviser.” I figured if I didn’t know something, I’d better go and find out the answer firsthand. And for that, I needed help from all sorts of people.

As a result, I built up a network of friends and contacts with different specialties and they helped introduce me to ex fighters, secret services, etc. So we ended up with a network of absolutely essential guides. The most indefatigable of them became permanent members of the crew—and worked as producers—helping out with every aspect of production. The film simply wouldn’t have been possible without them.

Q: Did you have any difficulties raising the finance to make the film and get a producing partner on board? Did you make any concessions?

Morris: Considering how much it’s influencing the world at the moment, people know incredibly little about this subject. When it came to funding, a lot of people were unable to think beyond their jumpy gut reaction. The people who ended up funding the film were those who could spot the difference between what we were doing and the desire to cause trouble. They could see the film was not racist, was not attacking a culture, but may just be suggesting that killing people is not a good idea. So we made no concessions. Anyone who wanted to “change the ending” got very short shrift.

Q: Do you think people will feel you are trying to shock and offend? Might they feel you are mocking Islamic beliefs?

Morris: Only if they haven’t seen the film. You might use shock to mock overblown public attitudes to things that don’t matter. But terrorism does matter. We’re trying to make you laugh, to entertain, to surprise—to move, even. You don’t have to mock Islamic beliefs to make a joke out of someone who wants to run the world under sharia law but can’t apply it in his own home because his wife won’t let him.

About someone buying bomb-making materials and then forgetting how to make a bomb. About someone performing elaborate “anti-surveillance” techniques, including running in circles and wearing a cowboy hat, in full sight of two surveillance teams. Or indeed about an intelligence officer setting up a surveillance station in the boot of a car—which is then jacked by joyriders.