Checking In with Sydney Freeland, Director of ‘Drunktown’s Finest’ 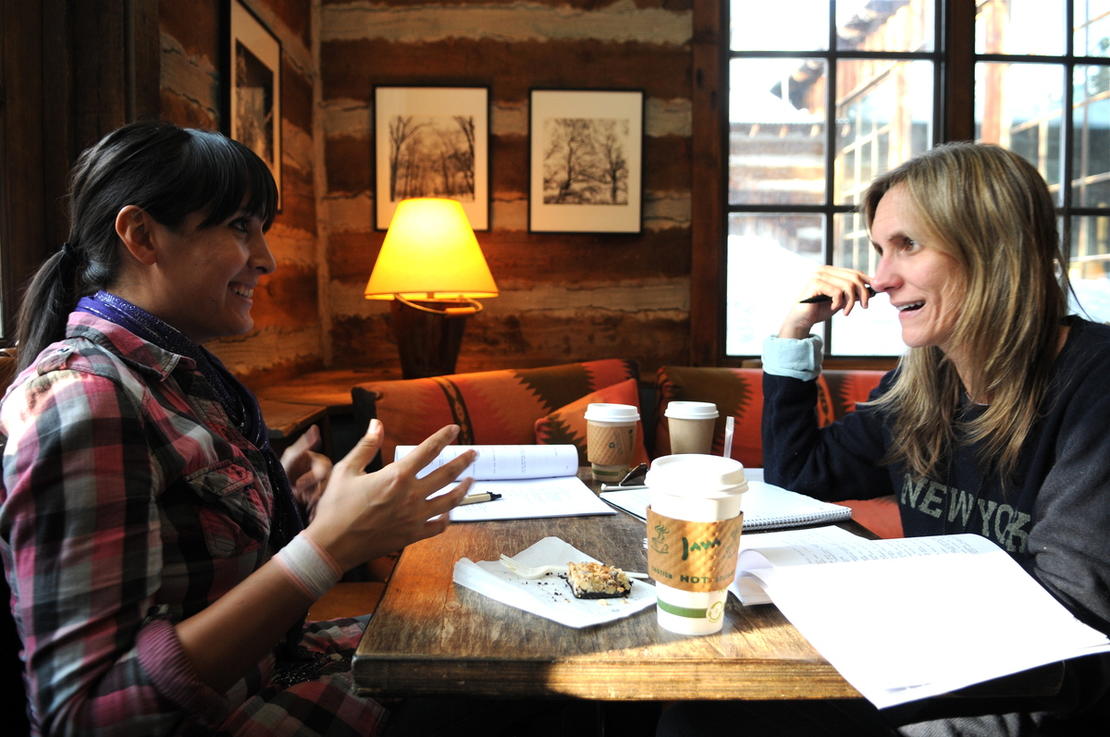 Back in May of 2009 at the Native Filmmakers Lab, Sydney began to workshop her feature script, Drunktown’s Finest. Since then, she has gone onto attend the Feature Film Program’s January Screenwriters Lab, Directors Lab, Composers Lab, and Producers Summit. We checked in with Sydney and asked her to share her experience at the recent Composers Lab and Producers Summit.

As a filmmaker, this has definitely been a year of growth for me. It began back in January with the Screenwriter’s Lab at the Sundance Resort in Utah. That was followed in June with the Directors Lab, where I got the chance to direct four scenes from my screenplay, Drunktown’s Finest. Finally, the year came to a close this past August with two very different programs, the Sundance Composers Lab and the Producers Summit.

As unpredictable as things are, one thing still remains constant—people love a good story.

The Composers Lab was very much an education for me. I am not the most musically inclined person, so I had no idea how the process was going to work. But basically, there were six composing fellows (all amazingly talented) and six directing fellows. We (the six directing fellows) were paired with a composing fellow, and they would score two of the scenes we shot during the June Directors Lab. I was paired with an amazing musician named Mark Orton.

But before we jumped in and started composing, we learned a little about some of the positions that need to be filled when it comes to music in film. The first role is the music coordinator. This is the person who oversees everything related to music in the film- clearing music licenses, contacting musicians, hiring the composer, etc.

Another important position is the music editor. The music editor will (among other things) edit in a temp track that serves as a placeholder for the actual score. This is very important because a good temp track will give viewers the look and feel of the finished film. A third and final position is the composer. The composer works closely with the director to create the score for the film.

Finally, we got down to work. My composer and I began by talking about overall themes and ideas and how we could translate that into a score. My story revolves around three contemporary Native American teenagers in the southwest U.S. However, it was important to me that the score not be the typical Native American fare- flutes, drums, eagles, etc. Mark was able to take this idea and translate it musically, yet still create a sense of place. We ended up using a steel guitar and a pump organ to create a score that had a very unique, yet distinctly southwestern feel to it.

The finished score added so much more depth and emotion to the scenes. It was definitely an eye-opening experience to participate in the scoring process and I left the Composers Lab with a newfound appreciation for music.

The Producers Summit was a blur in comparison to the Composers Lab and concluded my time at the resort. During the two-day summit we attended panels and on everything from how to utilize crowdfunding to the art of pitching. We listened to case studies and presentations on the state of the industry.

Websites like Kickstarter and Indie Go Go have been a big unknown for me, but I have a much better sense of what they have to offer. Also exciting was attending a panel discussion with Reed Hastings, CEO of Netflix. He spoke about the changes the film industry is going through and how the future is distribution is being written even as I write this. However, as unpredictable as things are, one thing still remains constant—people love a good story.