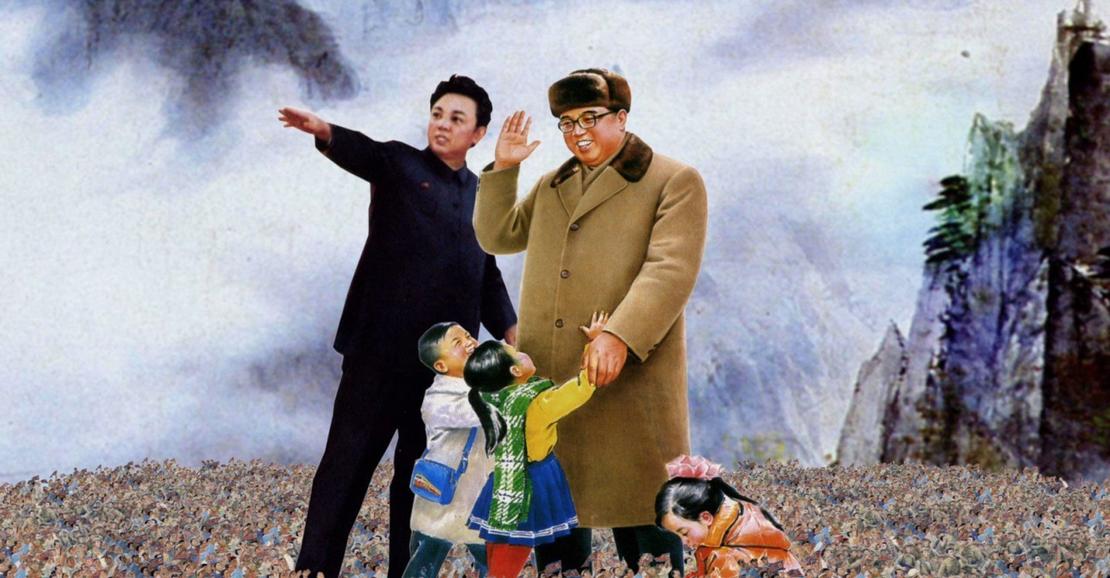 Director N.C. Heikin premiered her documentary Kimjongilia at the 2009 Sundance Film Festival. Her film uncovers one of the most hidden subjects in one of the world’s most isolated nations: stories from survivors of North Korea’s harsh gulags and prison camps, which have been in existence since the 1950s. Heikin interweaves interviews with survivors—some of whom were artists, musicians, and dancers—with modern dance movements to powerfully render these secret atrocities. Heikin has been supported by a production grant from Sundance Institute and attended the 2008 Documentary Edit and Story Lab. We recently sat down with Heikin to talk about her film’s incredible journey including its reception in Pusan, South Korea.

How did you first arrive at wanting to tell this story?

I was at a human rights conference in Tokyo and I was really clueless about North Korea, but I went in to listen to Kang Choi-Hwan tell his story about being dragged off to a camp at the age of nine. The “so-called” reason was that he was the grandson of someone who had been accused of a crime. And the practice in North Korea is to imprison and purge three generations, so because his grandfather had been accused, this little, innocent boy was taken to a concentration camp along with his seven-year-old sister. He spent ten horrible years there and was made to work like an adult slave, nearly starved, and nearly died of a disease. I am a Jewish woman, I was sitting there and I flipped out.

It suddenly dawned on me that maybe I should be the one who did something about this because I felt so passionately. Kang Choi-Hwan had written a memoir so I optioned his book and wrote a screenplay. I was going to do a fiction film. I worked on that for a number of years. It became quite frustrating. You can imagine an all-Korean film set in a concentration camp with this Franco-American woman taking it around— it was not getting anywhere. In 2006, I thought, ‘I’ll just make a documentary. I just need to get the story out.’

Your background is in theatre and dance—how did performance seep into your documentary?

Necessity is the mother of invention, and I knew I had stories and talking heads, but I also knew I couldn’t get footage of concentration camps. I had no footage or photos of concentration camps, I only had the drawings people had made. I thought this was going to be visually tough, and I didn’t want to use too much shock or visual violence because the stories themselves are so difficult. I felt the audience needed to let the stories into their hearts. If you throw horrible images at people, they shut down. Things came together with the idea of using dancers as a way to amplify or deepen the stories.

Having attended the Documentary Edit and Story Lab, how did the lab influence the making of this film?

Since I was a beginner filmmaker in terms of documentaries, everything was useful to me. Watching the creative advisors’ presentations where they showed their own rough cuts with the cuts they wound up with, and the process they went through was enormously helpful. I quickly understood that no matter what level of the mountain you were on, whether you were near the top or just at the foot, the process was exactly the same. Which was, ‘Let’s try this, I think this works, this is what I want to do,’ and then you do it like that, and it doesn’t work. And you try again and it almost works, and then towards the end you discover something you had discarded months ago.

In terms of specifically for my film, I had the problem of multiple characters. Some of the conceptual advice I got from people was incredibly helpful, like think of all your characters as one character. They are all a part of the group, and the group is the refugee experience of the person who must flee North Korea. Then what happens? And then there was what I was going to do about the visuals, I had the dancers and the heads. Everyone encouraged me to just start using stock footage, which I had been loathe to do because I didn’t know how I’d pay for it and I still don’t. Thank God there’s a credit card!

What’s been happening with your film since its Festival premiere last January?

It’s been incredible. We’ve been to a lot of festivals… San Francisco was a fabulous festival at the Sundance Kabuki Theater, which felt tied to my beloved Sundance. We played in Seattle, and it was gorgeous; we played in Tel Aviv, which was amazing—fascinating to be talking about this film and this issue in a Jewish nation that was built because of the Holocaust in a lot of ways. I just came back from premiering in South Korea at the Pusan Film Festival, so that was a very, very loaded premiere.

Pusan was a great moment, being not quite in the home country but in the country most concerned, and feeling welcomed and respected. The film opened eyes for the young people or grandchildren of the people who lived through the Korean War. I could feel some motivation happening and apparently quite a number of viewers wrote into the Pusan Film Festival website with their comments, so that was a great thing and we’ve gotten a distributor in South Korea.

We are slowly getting lots of different organizations interested and wanting to help, and every time we show, I’ll get people saying, ‘What can I do?’ All in all it’s been amazing, nonstop, and very vigorous. One of the things I’m also learning is that your work as a director or producer does not stop once the film premieres, it goes on and on. Promoting, contacting, outreach, outreach, outreach.

So what’s on the horizon for Kimjongilia?

It’s opening first quarter of 2010 in the U.S., and then it will start fanning out to organizations, church-based screenings, universities, a lot of stuff like that. There’s still some European festivals which we’ll be showing in. I believe it will be distributed in Poland and Israel. We just want to keep getting it out there. It’s a great experience to see people say, ‘I had no idea,’ and now they have an idea. And that’s my mission: to get this word out. We can close those camps.