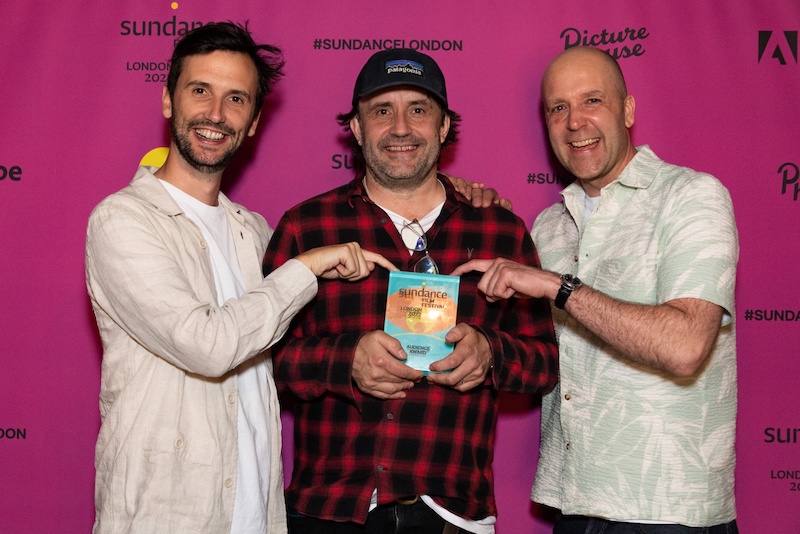 Meet Brian — a lonely, luckless inventor who takes on his most ambitious project yet. Enter Charles — Brian’s extraordinary masterpiece – an artificially intelligent robot made from odds and ends, including  an old washing machine, who has an inexplicable obsession with cabbages. Together, Brian and  Charles is a heartwarming and entertaining tale about friendship, family, finding love, and letting go.

the feature films, the festival showcased two short film programmes, a surprise film, an exclusive  industry programme and, for the first time ever, a new podcast strand with live audiences.

Numerous filmmakers and actors attended the festival to introduce their films and participate in  audience Q&As, including Sophie Hyde, Emma Thompson and Daryl McCormack for the UK premiere  of Good Luck To You, Leo Grande; Julie Ha and Eugene Yi for their documentary Free Chol Soo Lee;  Andrew Semans for his psychological thriller Resurrection starring Rebecca Hall and Tim Roth;  Adamma and Adanne Ebo for Honk for Jesus. Save Your Soul which stars Regina Hall and Sterling K  Brown; producer Simon Chinn and director Ed Perkins for Princess Diana documentary The Princess;  director Joe Hunting for We Met In A Virtual Reality; director Max Walker-Silverman for his feature  debut A Love Song; Sara Dosa for her documentary Fire of Love and director Hanna Bergholm for her  feature debut Hatching. The festival closed on Sunday 12 June with the UK premiere screening of Jim  Archer’s feature Brian and Charles, presented by Time Out. Actors David Earl and Charles Hayward  also attended the premiere.