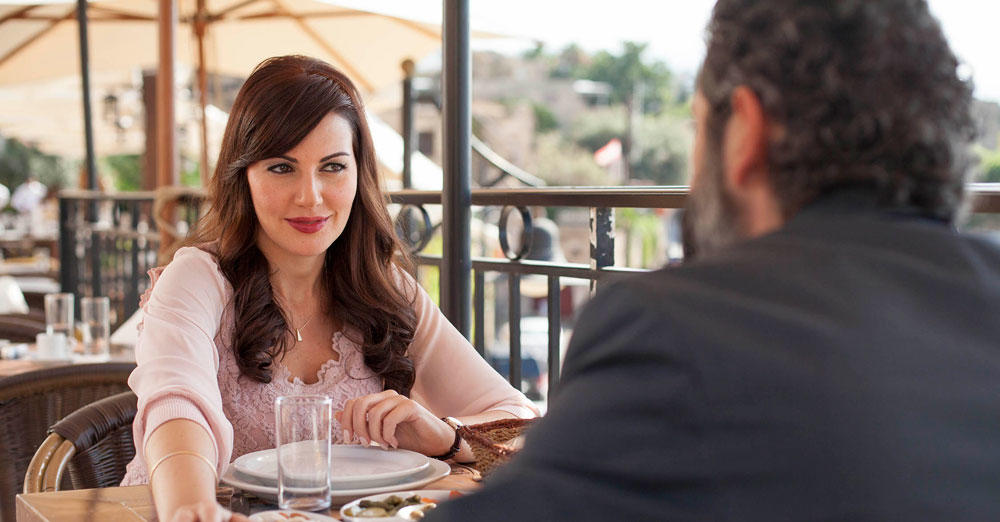 Editor’s Note: In light of today’s terrible and developing news of yet another mass shooting, this time in San Bernardino, CA, our thoughts are with the victims and their families and the San Bernardino community. We are reminded of the ways that independent film can add insight and nuance that help us understand people and situations unknown. Our selections this year include a few films related to gun violence in America, and it is our hope — more than ever — that these films will lead to greater awareness of this issue and amplify the need for change.

One could posit that “turning points” and “movements” abound in the annals of independent film. That is, after all, among the more compelling aspects of the indie world–-a resistance in the face of definition and labels. Where one year produces a frenetic drama about a drum virtuoso and his menacing mentor, the next spawns a confident portrayal of transgender sex workers in Los Angeles. And perhaps that’s the point that John Cooper and Trevor Groth, the Festival Director and Director of Programming respectively, are looking to make about this year’s slate of films heading into the 2016 Sundance Film Festival.

With today’s unveiling of the films in U.S. and World Dramatic and Documentary Competitions, as well as the out-of-competition NEXT category, Cooper and Groth shed light on a program that they suggest signifies another evolutionary period in independent film and speak on how this year’s Sundance Film Festival filmmakers are continuing to stretch the boundaries of their craft. Don’t forget to join us on Facebook at 3 p.m. PST for a live Q&A with Cooper and Groth.

In the past you’ve talked about filmmaker “ambition” and how your programming team discerns that quality. Have you applied that same litmus test for this year’s slate, or does that approach evolve from year to year?

John Cooper: Last year’s Festival was a great success, and an extension of that success is that this year we received more submissions. We sense that an independent film evolution is happening, and we see that in three ways: depth of storytelling, thorough understanding of craft, and experimenting in genre. So, independent film is evolving and the Festival changes with it, as we’ve seen with things like our growth in New Frontier and with the addition of a lot of episodic work in Special Events. We’re generally seeing a greater step forward in this year’s selections. We also know that there’s a strong audience for independent films—people who love independent films and want to see and experience them. I think these adventurous audiences are really going to be excited by the energy, creativity, and fresh perspectives in these films.

Eyes typically dart toward U.S. Dramatic Competition, and this year there appears to be very precise examinations of intimate relationships—both platonic and romantic. What makes you excited about this program?

Trevor Groth: The films in U.S. Dramatic Competition expand the understanding of characters through writing that is so far beyond convention or two-dimensionality. The one-liner descriptions of some of these films may seem familiar, but then because of how they unfold, they become truly distinctive. Other People is a standout in that respect. It’s a family comedy/drama where people get together because the matriarch is battling cancer. Other films might have had a similar premise, but Other People is so original because of the writing and how writer/director Chris Kelly pinpoints those tiny moments in a day that ultimately define more of our lives than the big moments.

That happens in Lovesong as well, which is about an attraction between two women. Beyond that, though, it’s a film about two people and how they fell in love. It’s so subtle and nuanced that it creates a different lens for looking at a love story.

Morris from America is potentially one of the real sleeper hits of the Festival. Chad Hartigan, who made This is Martin Bonner, returns with this film that looks at a 13-year-old African-American boy who moves to Germany and is lost and is trying to find his identity. The young actor in that film is one of the most exciting discoveries of the Festival.

You’ve also got some heavier dramas in the lineup. Goat looks at masculinity and how it is shaped and contorted and is potentially the root of a lot of our problems in the world. And then there’s Swiss Army Man. Every year we hope to find a film that is so specific and beyond anything we ever could have imagined, and Swiss Army Man is a great example of that. The directors Daniel Scheinert and Daniel Kwan come from the music video world and this is their feature debut. To be able to follow through on the promise of what they did in their music videos, which were so wildly inventive, so over the top in their ingenuity that it’s hard to imagine how that ever would look in a feature film, and they’ve done it. I think it’s going to dazzle people.

In the last few years we’ve seen a powerful fusion of agency and story in the U.S. Documentary Competition. How do you find the balance between urgent stories and powerful storytelling?

JC: We’re seeing a lot of insertion of stylistic adventurism—animation, reenactments, and other new forms of artistry. Filmmakers are going all out on the creativity to enhance nonfiction storytelling and its cinematic depth. There are quite a few documentaries that are stretching all conventions. There are also documentaries that are really emotional and engaging and get into personal stories. By doing that, you engage the audience more and you have more of a catalyst for change. Each film is very eclectic and very different from the next.

TG: I do like the notion of what documentaries can do now more than ever, which is exploring truth within issues and people. That is so malleable. There are filmmakers who are directly addressing that in the documentaries they make. Kate Plays Christine is part of that new wave of documentary films that is unconventional and a hybrid of sorts. In form, it’s part fiction. It follows an actress doing research to play a role about a true subject. Even that approach is unconventional, but I think in the director Robert Greene’s mind his unconventional approach is getting at the truth of who this person was in a deeper way. That whole notion of truth and lies is played out in two other films: The JT LeRoy Story and NUTS!, which is a mostly animated documentary. I like that these documentaries are getting closer to the truth by looking at subjects who constructed their own truths.

I think people have a tremendous appetite for World Cinema, but they may not know how to navigate the category as well. What are your thoughts on that program and how would you guide audiences looking to follow that section?

TG: I think the evolution that Cooper noted earlier is in fact a global evolution. When I look at our World Dramatic films I see a broader range of style and voices in that section than we’ve ever had, and it’s a reflection of the artists in those various communities being inspired by different kinds of films. I think a lot of the regional artists previously looked at the films from their own countries that were going to Cannes and tried to emulate those. Now they have more access to different kinds of films and are getting inspiration to tell stories in new ways. That’s reflected in the films that we’re showing at the Festival.

There are two comedies dealing with sexuality, one from India (Brahman Naman) and one from Labanon (Halal Love), which is something new. There are wild tales of love stories between a woman and a wolf (Wild) and between two mermaids (The Lure) that come into a Fellini-esque village in Poland. They’re really distinctive, and it feels different to me this year than ever before.

NEXT seems to be in this perpetual ascension, and it’s only further vaunted by Sundance NEXT FEST in Los Angeles. Is it the most diverse category at Sundance?

TG: I think more than any other section it takes on a life of its own every year. We created this section in response to waves of independent films each year that were so different and unique that we almost didn’t have space to include them in the Festival. We now have this space for those new films every year that bubble up. There is a power in that. It keeps people on their toes because it’s going to change every year. There are different styles though, too. It’s not just the edgiest films—there are love stories and there is comedy. I love that you never quite know what to make of NEXT until you’re in theaters and see for yourself how those films come to define (and redefine) the section. That, to me, is the real fun of the Festival—coming in with an open mind and seeing what new stories independent filmmakers are telling this year.